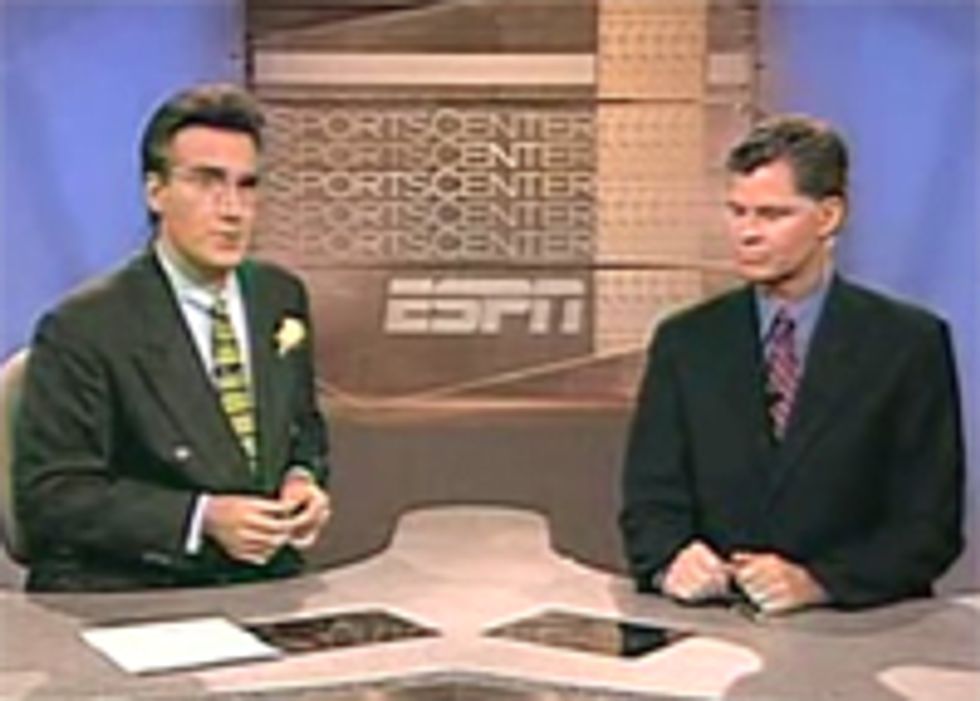 We have read this elitistNew Yorkerprofile of your annoying loudmouth boyfriend Keith Olbermann and, like most profiles of MSNBC personalities, it confirms everything you learned about current MSNBC dynamics during the first five minutes of its Iowa caucus coverage.

Keith Olbermann is insane, Chris Matthews is insane, and Tom Brokaw is ashamed to be anywhere near them. MSNBC is a hilarious train wreck of scurrilous hobos, one which Brokaw can only defend by describing planets crashing into the sun, as a good thing, for a hearty paragraph. Also: Tim Russert is dead, and Keith Olbermann used to date Laura Ingraham.