Kellyanne Conway Told The Truth, But Don't Worry, It Was By Accident 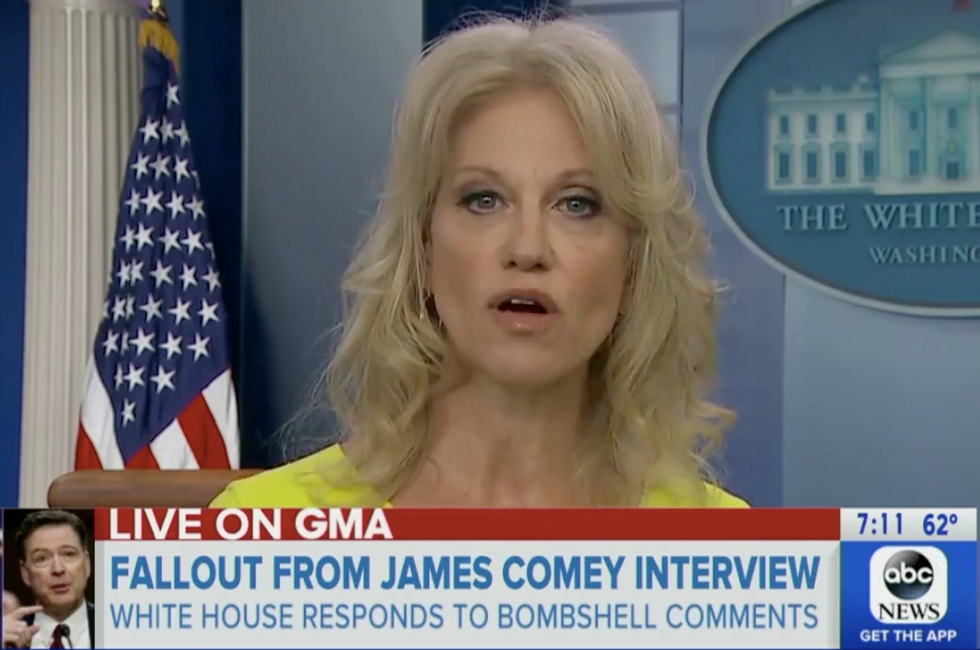 If bullshit were music, she'd be a brass band.

Well, looks like the LYIN' COMEY thing fell flat. Even Commander Twitterfingers was like, "Nah, too obvious."

So now it's time for Plan B. That's your cue, Kellyanne! Because if there's anyone who can attack James Comey's credibility, it's noted ethical beacon Kellyanne Conway.

RT ABC "RT GMA: FULL INTERVIEW: "I spoke to the President before the interview..." Counselor to the President Kellyanne Conway one-on-one with GStephanopoulos: https://t.co/HFD8VOCbz6pic.twitter.com/ou3YjdTJxX"