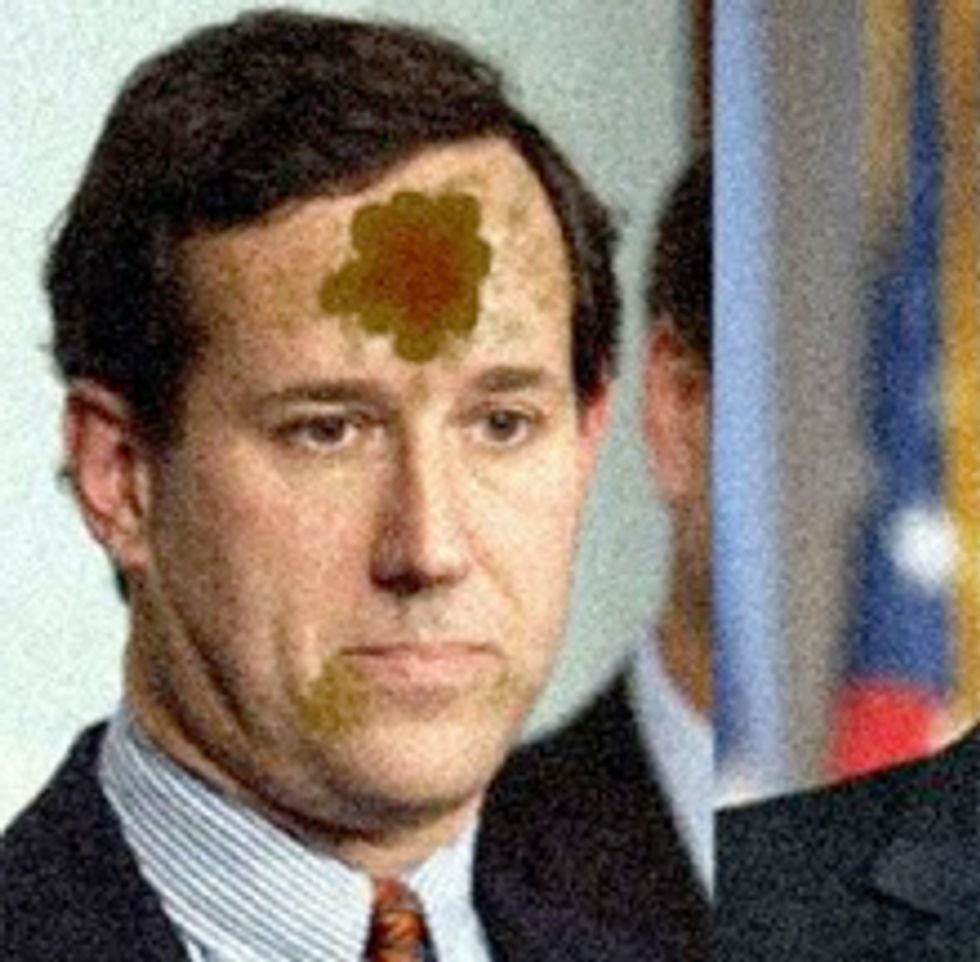 Poor Ken Cuccinelli. You'd think, given his stellar record ofraging against buttsex and 'bortions and ObamaNaziKenyanSocialist LiberalZOMGCare and calling on God to get all Old Testament on America because abortion, he'd be coasting to victory in the race to be the next governor of Virginia. And if it weren't for those damned lady voters, he ... well, actually, he'd still be losing, but maybe not as bad. Funny thing about lady voters -- it's almost as if they don't want to support a man who is dedicated to stripping them of their rights or something. Bitches, man. They're more confusing than magnets.

So here is a super swell plan to woo the womenfolk over to the Cooch side, and it's so crazy, it just might ... well, actually, it won't work, but desperate times call for derptastic measures.

Rick Santorum is coming to the defense of Virginia gubernatorial candidate Ken Cuccinelli, Virginia’s far-right attorney general who is currently trailing in the polls, with a “Strikeforce to elect Ken Cuccinelli.”

It's not like we are experts here at this ol' mommyblog, but we're thinking that when you are getting your ass lady-kicked, in no small part because of the bugfuck crazy words that vomit out of your mouth about abortion, the last person you want strikeforcing on your behalf is a guy who practically invented the practice, with such gems as telling women impregnated through rape that it is a "gift" and to "accept what God has given to you" and "make the best out of a bad situation." Certainly, Rick spewing his frothy mix of sexism and righteous insanity will give a boost to the Cooch except the opposite of that. But since palling around with reality teevee star Jim Bob Duggar, he of 10-trillion-kids-and-counting fame, who has been repeatedly 'splaining to Virginia voters how America is basically Nazi Germany now because, you guessed it, BORTIONS!, hasn't exactly helped out Cooch with the voters, maybe spreading a little Santorum around in the final weeks before God calls upon the Cooch to give his concession speech (aka Election Day) will help. Except the opposite of that.