Kickass Telescopes, Newly Discovered Mammals, And Welcoming Our New Insect Overlords, All In This Week's Sci-Blog 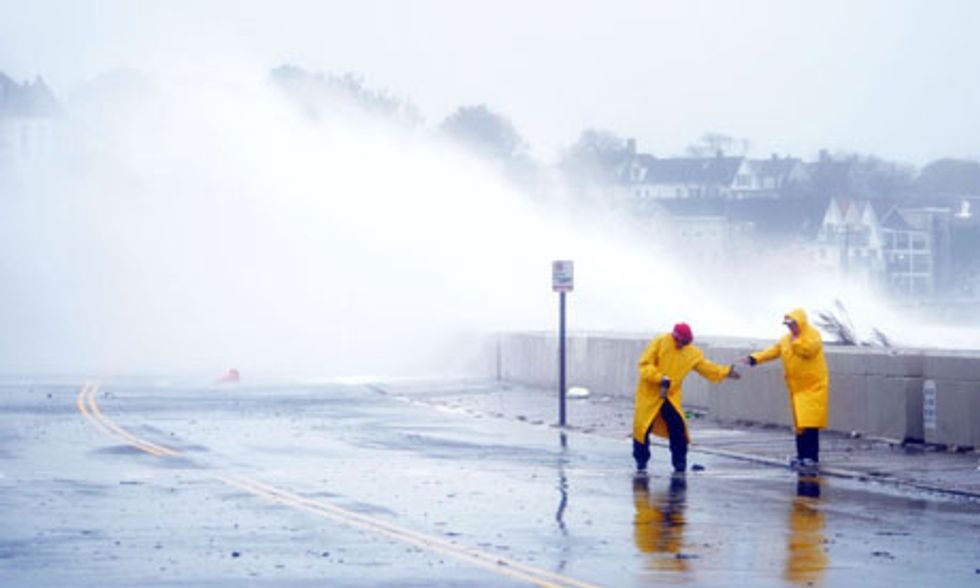 Welcome Wonkeratti, to another appalling Wonkette Sci-Blog! You will need Drinks. You will not need Pants.

We live in weird times and it's awfully easy to become disoriented -- especially if you're obsessed with keeping up with the news. Perhaps, as you're holding a little flat screen in your hand that pulls the news out of thin air you click on an article with an actual photo of an extrasolar planet light years away and you suddenly realize "Woah -- I'm living in The Future!" Then you see that the State Police are photographing the license plates of everyone on the road "just because," government contractors are hoovering up all of your phone and emails and the NSA is building a massive data storage center in the desert because Ft. Meade's run out of room to store all of your dick jokes. "The Future" is suddenly "1984." If all that's not weird enough, you go home, flip on the news and find that what you thought was an obscure pastel-colored Internet Meme has transmogrified into a social movement and is coming to a convention center near you. Suddenly "The Future" of "1984" is "The Twilight Zone" and you need to shut off the TV before the political news comes on.

All things considered, deciding to build a philosophy and lifestyle around a little girl's cartoon about magical ponies is probably a rational reaction to a manifestly irrational world. If traveling to a new city with an extra pair of pony ears and walking around in a blisteringly pink wig works for you, then that's great. Someone who's a genuine writer and a scholar of society could expound on this phenomenon much better than I. The folks at Bronycon '13 are clearly happy and seem to be far more well adjusted than the average CPAC conventiongoer. At least at Bronycon, the Furries are out in the open.

Continuing with our Furry Theme: for the first time in over 30 years, a new carnivorous mammal species has been discovered. The olinguito, native to the cloud forests of the Andes, has been mischaracterized for years as its close relative, the Olingo. The species are very similar but genetically distinct enough that they can't interbreed. DNA sequencing of populations of olinquitos by Kristopher Helgen, curator of mammals at the Smithsonian Museum of Natural History, solved a puzzle that no one knew was there.

There's a rare species of nocturnal lemur on the island of Madagascar that's so bizarre looking the locals named it after the words they involuntarily scream when they see one. I first became aware of the magnificently odd aye-aye from Gerald Durrell's book "The Aye-Aye and I" that detailed his excruciating 1994 journey through the island's remaining forests in an attemtpt to save the species from extinction. They're still around, fortunately, and Eleanor Sterling, director of the American Museum of Natural History's Center for Biodiversity and Conservation,is working with local Madagascan conservationists to preserve the species and its habitat.

Why do Wolves howl? Because they're upset? To mark their territory? To provide eerie background noise for cheesy horror movies? No, researchers at Austria’s Wolf Science Center have determined that they howl because they're lonely. Awwww.

Nice Time from China -- more than 150 drug stores have announced that they're no longer going to stock traditional Chinese medicines which use bear bile, as the extraction process is painful to the animals and often leads to fatal illnesses. The pharmacies reached this decision due to concerns about its effectiveness and an "uproar on social media" after a gruesome bile extraction clip was aired. Hat tip to the Wonkette Hot Line!

Do you remember that photo that NASA's Cassini spacecraft took of the Earth from the vicinity of Saturn in July? The one where you sent in selfies taken at the exact same time? Well, NASA's Jet Propulsion Laboratory's released the composite photo image and, yes, none of you are wearing any pants. I'm so proud.

An international team of astronomers have developed, over 20 years, a system of adaptive optics that is able to take photos from the ground-based Magellan 6.5-meter telescope that will be twice as sharp as the ones that the Hubble Space Telescope takes. Awesome.

Moar Astonomy! The third of seven 27-foot mirrors for the Giant Magellan Telescope is set to be cast in Arizona today. When completed, the Magellan telescope will be 10 times the resolution of the Hubble Space Telescope. This is the device that will capture the first image of Alien Boobs.

As if the South didn't have enough to worry about, with the drought and the Sheriff of Maricopa County and all: South America's Raspberry "Crazy Ants" have invaded and are so awful they're displacing the last horrible invasive species, the Fire Ant. Invasive ant species are rapidly becoming a worldwide problem, due to the increasing efficiency of shipping goods across the oceans in containers. Build the dang ant fence!

The news from the Tokyo Electric Power Company's destroyed Fukushima Daiichi nuclear generating complex is bad. Well, "bad" is not exactly the proper term. The proper term would probably be more like "one long rolling disaster." It's just the latest news that's Bad. As the Wonkette Science desk has promised to have mostly Nice Time, today we won't crank ourselves into a verbose, indignant rage. We will, though. We will.

President Obama's task force on the response to the impact of "Superstorm" Sandy released its report this week. It turns out that we need to build stronger homes, upgrade our power grid, raise towns, invest money in other upgraded infrastructure and a lot of other things that Congress is adamantly opposed to doing. Good times.

In a magnificent example of political theater, volunteers for the group Organizing for Action (OFA) have just presented Unicorn trophies to 135 of the worst Global Warming deniers in Congress. "One good fantasy deserves another". Outstanding.

Lastly, Your Cephalopod Video of the Day. If you are a SCUBA diver (and even if you're not), this will give you nightmares: