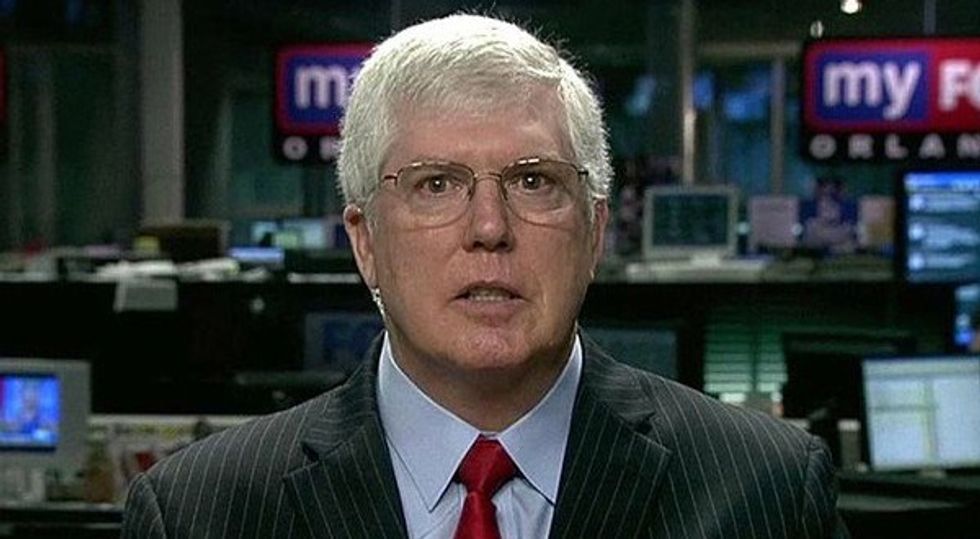 Remember long ago and far away, there was the lady called Kim Davis? She didn't want to use her Kentucky grease fingers to sign gross gay marriage licenses, and she had some really bad lawyers from a wingnut outfit called Liberty Counsel, who were willing to defend her utter unwillingness to do her fucking job, for free! Liberty Counsel does this because it's all about the culture war, and not so much about actually doing good work for its clients.

But Kim Davis's fifteen minutes are over and she's basically a sad footnote in the history of dumb bigots, so Liberty Counsel has found a new thing! It wants to offer its services, FREE OF CHARGE, to defend North Carolina's shitty, terrible anti-LGBT hate law, since the state's dashing Democratic Attorney General Roy Cooper won't do it. This should go real well for the bigots of North Carolina.

Here, have a letter:

Don't worry if you're on your iTabletphone and can't click the pictures. Nothing in the letter is that quotable. As far as we can see, here are the problems with it:

But it's cool. People receiveth from the Lord what they deserveth, and Pat McCrory and the Republican North Carolina legislature are dumbass hatemongering badger taints from hell. And so is Liberty Counsel. They will be very happy together!

For further reading on what bags of dogshit Liberty Counsel's staff members are, read all about the case of their client Lisa Miller, who kidnapped her daughter to Central America after she became a brainwashed fundamentalist, because the girl's other mommy is a dirty lesbian.

North Carolina, hire these guys! You will get every cent of your money's worth.