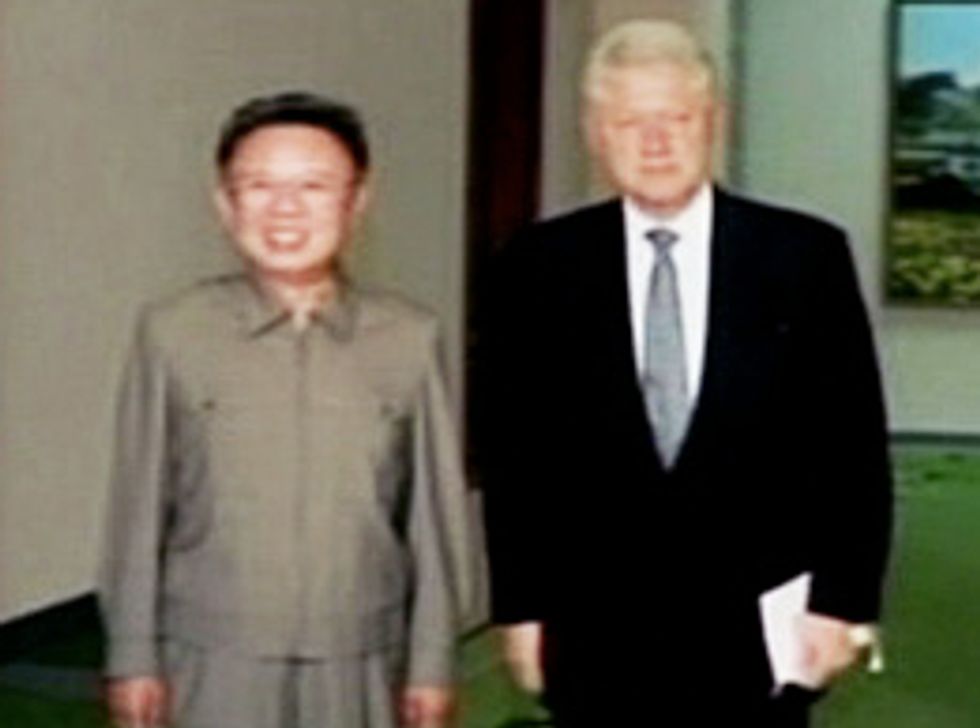 One of the things we all loved about Communism in theory was that it was going to provide, like, aradical alternative to everything about how our economy works, man. But in practice communist countries generally work a lot like capitalist countries, but with less toilet paper, and with money with pictures of ghastly brutalist architecture instead of money with pictures of long-dead slave owners. Now, however, economic visionary Kim Jong Il has developed an entirely new economic paradigm, one based on love, or at least sex, or at least roots that supposedly help with boners, which all really are about the same thing when it comes down to it.

Who will be the first recipients of Kim Jong Il's Love Money? The Czech Republic, because the Dear Leader heard that it was cool to go backpacking in Prague, back in the '90s.

The Czech Republic has considered allowing North Korea to repay debts with tonnes of aphrodisiac ginseng roots, it has been revealed. North Korea owes $10m (£6.4m) for trams and heavy machinery it received during eastern Europe's Soviet era. The offer of ginseng, said to combat lethargy, arthritis and impotence, was said to have been for 5% of the debt.

Twenty tonnes of the root was reportedly on offer as a down payment. That would have been far in excess of the Czech Republic's annual consumption of ginseng, said to be just under 1.5 tonnes.