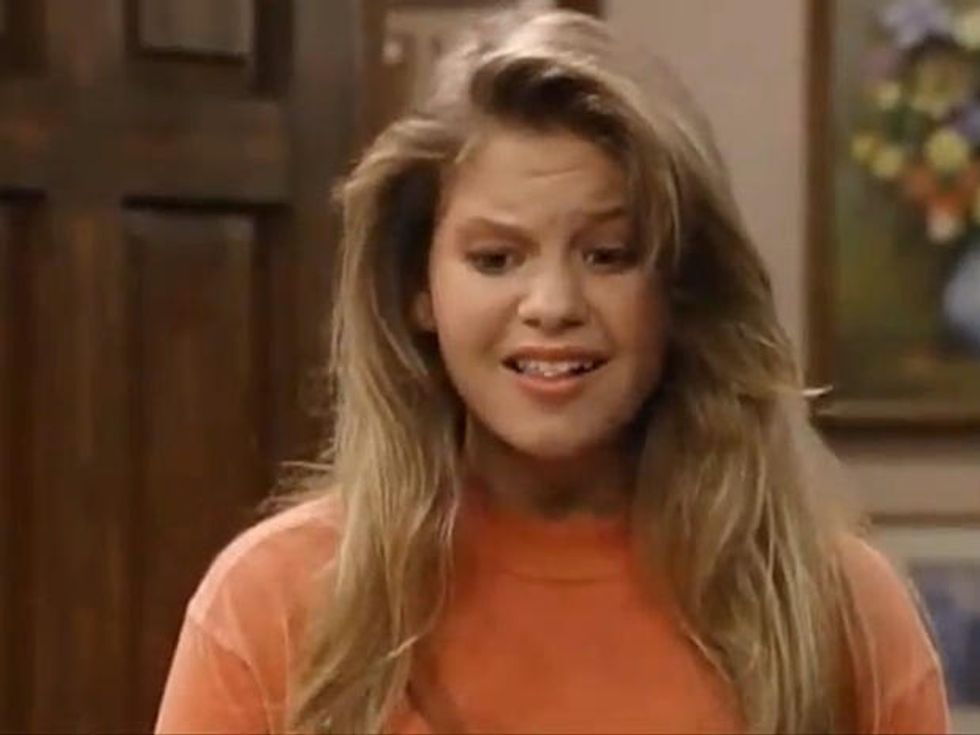 Oh, DJ Tanner, how far you have fallen from your "Full House" days, when you were just an annoying teenager with a hot brother. Now your still-hot brother Kirk Cameron is creationist DSM-IV material, and you're on "The View" for some fucking reason, using your "real name" Candace Cameron Bure, and oh look, you're getting pretty good at being just as much of a blithering idiot as he is:

The View’s Candace Cameron Bure continued defending anti-gay bakeries that discriminate against gay consumers in an interview with HuffPo Live this week, where she claimed the right to discriminate based on sexual orientation is “what makes our country so wonderful.” [...]

“It’s about first amendment rights. We do have the right to still choose who we associate with,” she said, invoking the baseless “religious freedom” argument and facing backlash almost immediately from co-host Raven-Symoné.

DJ Tanner vs. little Olivia from "The Cosby Show," it's the cage fight you never knew you didn't want to see.

“If something, you know, conflicts with someone’s deeply held religious beliefs, we should have the freedom to not have to deal with that or be associated with it. Just as on the opposite side, they don’t have to either. It’s, again, what makes our country so wonderful.”

Wonkette reached out to the rest of the "Full House" cast for their opinions and received the following responses:

And then Danny Tanner got the girls together for a family chat about how doing unto others is something DJ doesn't seem to have read about much IN HER FUCKING BIBLE, and Uncle Jesse played a new song he wrote and said "Have mercy," and Candace Cameron Bure was never seen on our screens again, we wish.