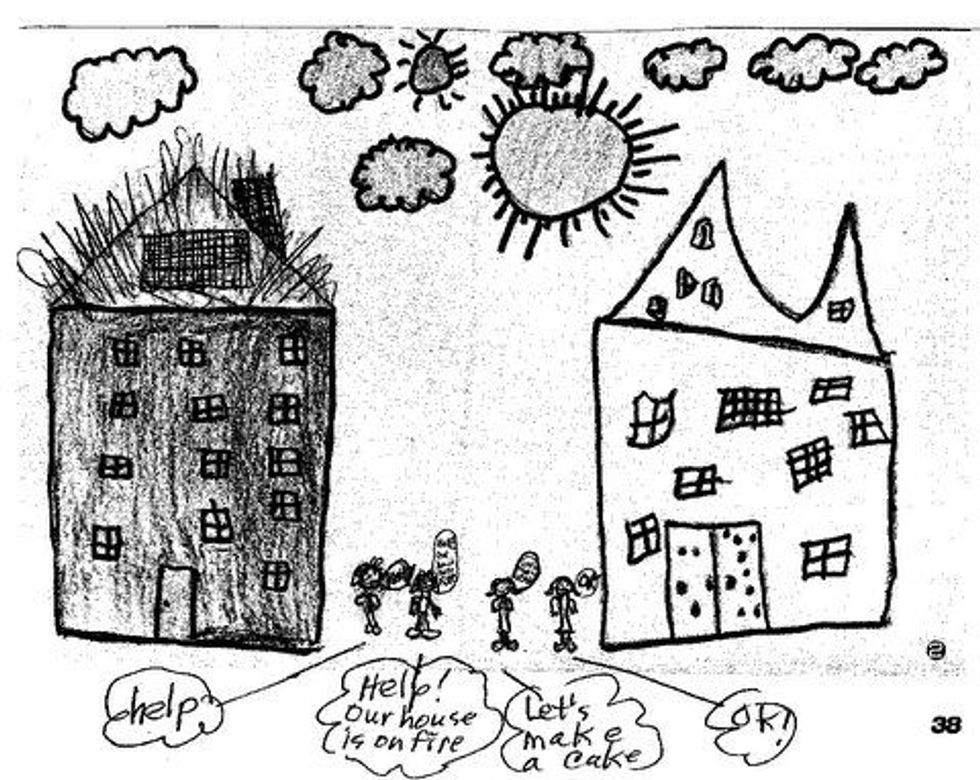 Five days after the beginning of the upheaval schools across LA open on Monday morning.

Son John is nervous about me going back. “It's fine,” I tell him. (But years later he tells me that he was always scared after that when I went to work.) But I've got to put food on the table and a roof over our heads.

On Monday morning I take that pretty drive to school, eager to find out what had happened.

When I pull up to the school's parking lot I look around and see … everything on the school campus is perfectly fine. Not a hair on its pretty head is touched.

That isn't true of some of the businesses across the street. Burned out. Windows smashed. Lots of that. Some of the homes down the street are burned. An apartment building has some damage, too.

But the school stands firmly on its foundation with a happy smile on its face.

It turns out not one school in all of Los Angeles was harmed.

So I unlock my classroom, put my purse away, get crayons and paper out. I walk over to the office. Check in. (There is a bit of chatter about all the action in the neighborhood.) I walk back across the playground over to the teachers' lunchroom and chat with some of my buddies. The bell rings. I go out to the playground and gather up my little rosebuds.

We get to class. Some of the kids are chattering and full of stories while others are silent and listening.

I tell them that we are going to be talking about what happened this past week and try to understand it.

And then I find out things I hadn't heard on television.

If you read one story about the 20th anniversary of the LA Riots, let it be Commie Mom's. [FourStory]