Ladies And Gentlemen, We Present To You: 'The Shirtless F.B.I. Guy' 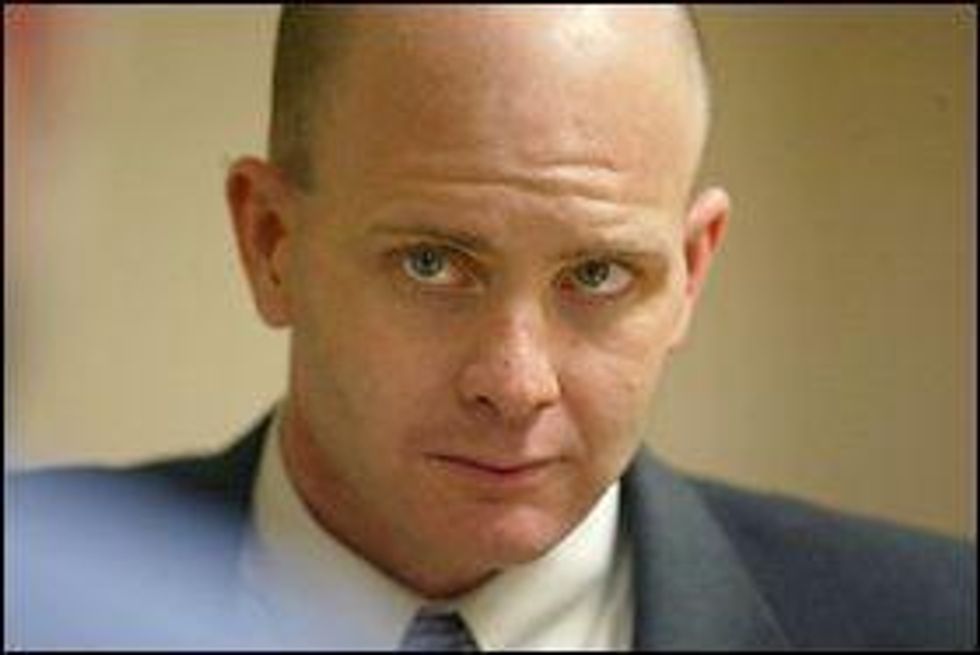 By all appearances, Frederick W. Humphries II, 47, has asked his remaining friends in the Federal Bureau of Investigation to reach out toThe New York Times and speak as glowingly of his character as certain other people have spoken of certain other people's maternal love. Wait, what? Oh, don't worry about it. You guys, we got our SHIRTLESS FBI GUY!!1! (Photo from Seattle Times.)

“Fred is a passionate kind of guy,” said one former colleague. “He’s kind of an obsessive type. If he locked his teeth onto something, he’d be a bulldog.”

That description would appear to fit his involvement in the current investigation.

Oh, New York Times, how we love it when you're a catty bitch.

Perhaps some of those friends take issue with newsmedia reports that Mr. Wertham II was just contantly sexting selfies to unsuspecting consuls honorary?

Mr. Berger took issue with news media reports that have said his client sent shirtless pictures of himself to Ms. Kelley.

“That picture was sent years before Ms. Kelley contacted him about this, and it was sent as part of a larger context of what I would call social relations in which the families would exchange numerous photos of each other,” Mr. Berger said.

The photo was sent as a “joke” and was of Mr. Humphries “posing with a couple of dummies.” Mr. Berger said the picture was not sexual in nature.

Well, it is illegal for a FBI agent to lie, we are pretty sure that is the law, so that clears it.

Oh, except for this one thing. It would be irresponsible not to speculate, given his "worldview," that they are one and the same.