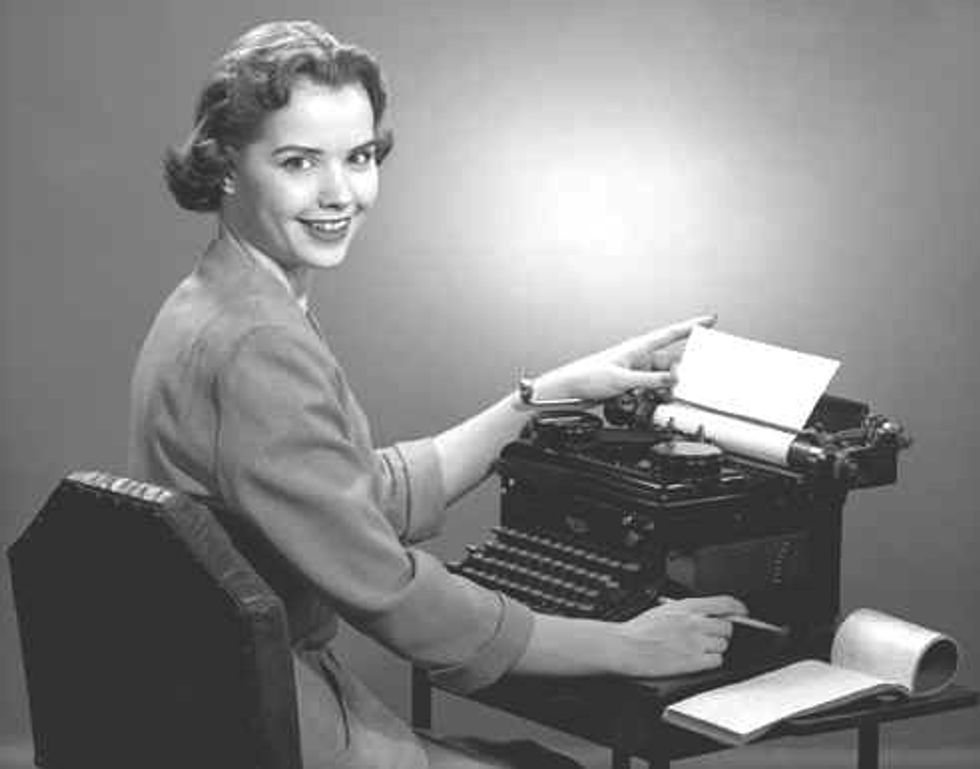 Good news, Republicans! You know how you keep losing the lady vote and you cannot understand why oh why that is so, because golly gee, telling lady voters they will lose their health care and they should say, "Thank you, God, for sending me this nice rapist's baby" and "You can't have equal pay for equal work because freedom" and their slut pills make Jesus cry sure seems like a winning strategy.

Wonder no more. This new consulting firm -- because the world is definitely short on those -- will help you strategerize how to better make women understand why they should totes vote for your War on Women platform if you would just sell it to them in a more lady-friendly way, like how they make pink computers so chicks will know to buy them:

Given Democrats’ repeated and successful efforts to portray Republicans as hostile to women, Ms. Gage and two other consultants are starting a political strategy firm to help the party’s candidates better tailor their messages to women.

Ms. Gage, Ashley O’Connor and Christine Matthews this week are opening what appears to be the first Republican firm aimed specially at wooing female voters. They are calling it Burning Glass Consulting — a reference to what they see as the need for a focus on appealing to women that is so laserlike that it can burn glass.

What a bold new idea to try to appeal to lady voters like they're some kind of majority or something, which has never ever been tried before. Oh, except for that House Republican study in 2012 "with the goal of understanding better what language and viewpoints appeal to women and establish itself as the hub for center-right women frustrated with the policy debate." And except for that time lady Republicans in the House had a consciousness-raising session to prove that they are SO not anti-woman just because their policies are anti-woman. And except for that other other time after the Great Ass-Kickin' of 2012, when Republicans held a How To Outreach To Chicks And Non-Whites And Stuff More Better training -- at a former slave plantation. And that other other other time the GOP studied its "Female Challenge" with charts AND maps. And that other other other -- aw, hell, you get the idea.

But this time, some lady Republicans who helped Mitt Romney have his ass handed to him with such gems as Binders Full of Women and "Yeah, we're gonna get rid of Planned Parenthood," and "I am for/against/for/against/for/against birth control and abortion," will help the menfolk talk to chicks.

“We want to get smarter about how we communicate the Republican message specifically to women,” said Ms. Gage. “Certainly there are challenges with other demographic groups, but women represent 53 percent of the electorate.”

Must we Wonksplain at you why it's not the communication of the message but the message itself that chicks don't really dig? No, because you, dear readers, are not idiots. And it's really not that difficult to understand that there's no nicer, friendlier way to sell a message of "We are SO gonna take all your rights away from you." Unless, of course, you're a Republican.