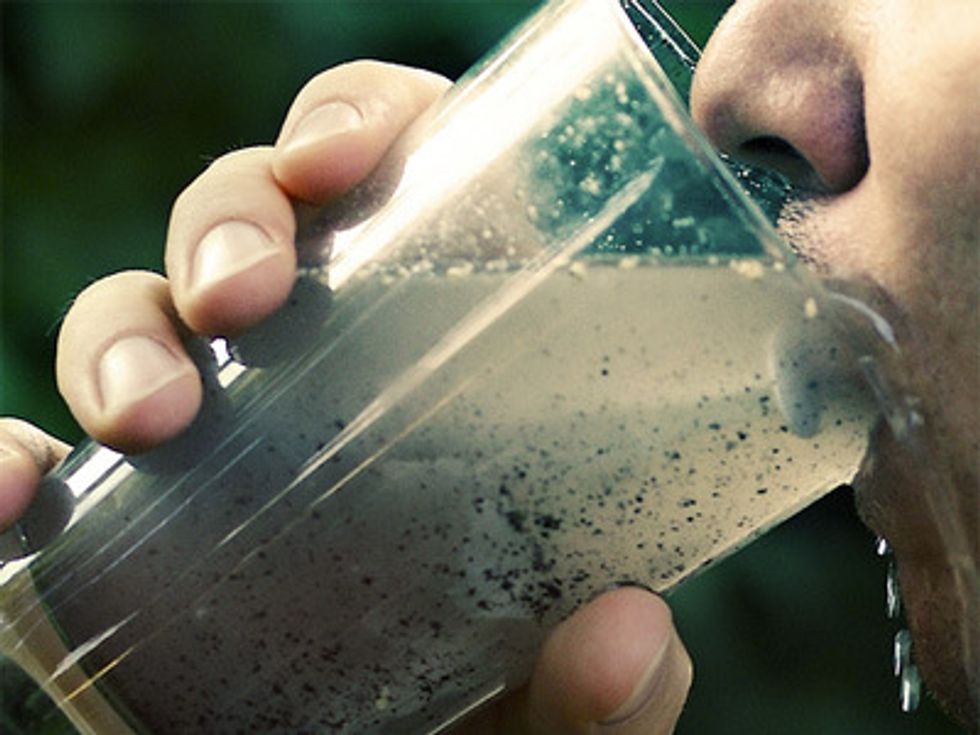 California has no water, basically, because of liberal lies like "climate change" and "a bad drought." Or maybe there is no water because nature-worshippers stole all of it, to give it to fish. WHATEVER happened, there's not much left, and now some liberal hippie environment lovers have filed a lawsuit to say "Hey, oil companies, could you stop literally shitting all your toxic waste into our water, of which we have none?"

The lawsuit by the Sierra Club and the Center for Biological Diversity asks that the action [which allows oil companies to keep on injecting waste into water until 2017] be invalidated and that the Division of Oil, Gas, and Geothermal Resources be forced to immediately stop the continued wastewater injections. [...]

Wastewater from oil and gas drilling can contain heavy metals, radioactive material, and chemicals like arsenic and benzene.

Oh like that's even a problem, shut up. California mommies surely won't mind if the water they use to fill their babies' bottles is radioactive, that's how superheroes get made, and don't you want your little snowflake to grow up to be a superhero? The oil companies are just trying to help, Jesus.

State officials say nah, there's nothing to worry about. California water, what little of it exists for the 39 million people who call California home, and -- science fact -- need water to survive, is JUST FINE, nothing to see here. California Oil and Gas Supervisor Steven Bohlen would like to assuage your concerns:

“Thus far, testing of water supply wells by the State Water Resources Control Board has revealed no contamination of water used for drinking or agricultural purposes related to underground injection by the oil and gas industry. We intend to keep it that way,” he said.

Of course, even if there is NOT radioactive stuff and arsenic in California's water (yet), yr Wonkette has reported previously that other fun things are showing up in the water, which is making agriculture (trivia time: that's where FOOD comes from) quite difficult for some:

And even though the water wells that the state has tested have — so far — not shown contamination, the Chronicle also talked to Mike Hopkins, a grower whose cherry orchards, near Bakersfield, have become useless thanks to high levels of salt and boron in the water. He blames oil company injection wells for the crappy water quality, which made even new trees’ leaves wilt and turn brown.