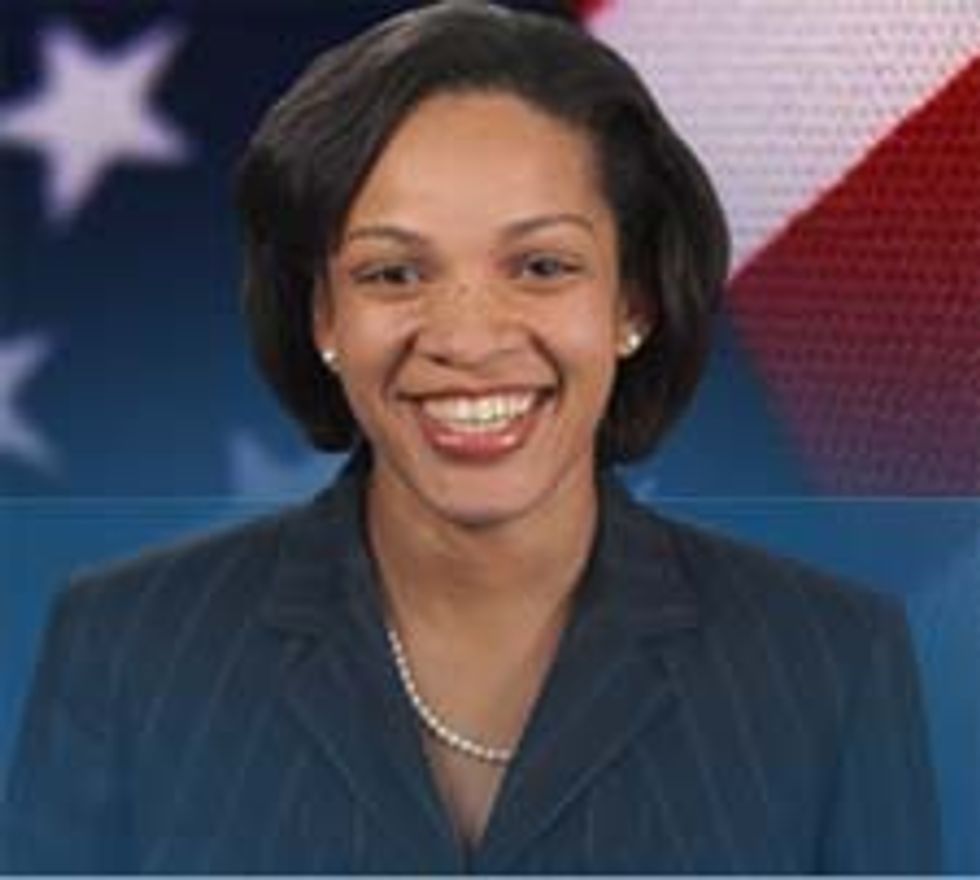 Texas' 22nd district gave America its greatest statesman, Tom DeLay, and thenseven glorious weeks of Shelly Dracula Cunt, but since then its representatives have been a little on the dull side. How are we going to fix this? Local Democrats are doing their part; they nominated a lady who is a Lyndon LaRouche devotee, and who wants to colonize Mars and impeach Barack Obama!

Here is a non-joke thing we are going to say: We find the headline on this Time Magazine story about duly nominated Democratic congressional candidate Kesha Rogers -- "Texas Dems Grapple With Their Own Alvin Greene" -- problematic! They are both black and not ideal candidates from the perspective of the national Democratic party, but that is about all they have in common. Alvin Greene is an anti-candidate who uncampaigns, and when pressed will give vague but fairly conventional answers about what it is he supports. Whereas Rogers is a cheerful, energetic campaigner with a normal looking website who just happens to advocate totally bonkers political positions, like "colonize Mars!" and "impeach Barack Obama!"

We can't even begin to understand what exactly the thread holding together LaRouchite philosophy is, but as near as we can tell it's a hilarious combination of New Deal nostalgia, global warming denial, space travel cheerleading, and lunatic Anglophobia. In other words, it's exactly right for this moment in history, when there's a new Great Depression and foul British oil is washing up on our shores. Do you think someone living on the Gulf Coast will see Rogers' assertion on the front page of her site that she wants to "Impeach Obama, save NASA, and kick the British Empire supporting politicians out of our government" as anything other than awesome? Kesha Rogers will be speaker of the house and LaRouche president by 2012, at which point Stanley McChrystal will be pulled away from the war he apparently finds so annoying and given a new assignment: subduing perfidious Albion and tracking down its sinister Queen, so she can be ritually beheaded.

Until that happy day, enjoy this Kesha Rogers campaign video, which shows us what America's space-traveling future will be like.