Larry Klayman: When Will Obama Stop Forcing These Nice White People To Be Racist? 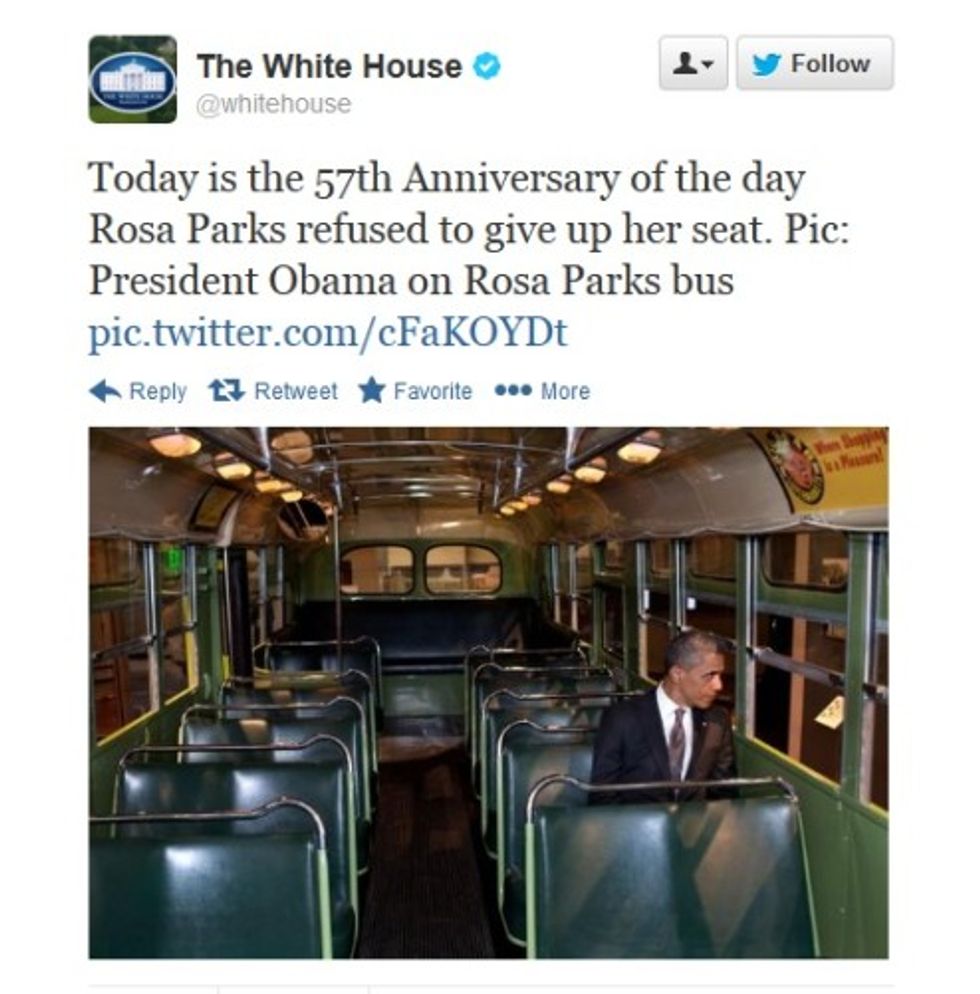 In yet another Wonkette Deleted Comment Come to Life, we now learn that Barack Hussein Obama is personally responsible for the recent racist outbursts by welfare rancher Cliven Bundy and sportsball reptile Donald Sterling. And whom do we have to thank for this insight? Great Constitutional Lawyer Larry Klayman, fresh off his stunningvictory last November when he gathered hundreds in Washington to demand that Obama put down the Koran and come up with his hands out, is now playing legal advisor to Cliven Bundy, and took the time to pen a column for WND explaining where all the racism in America comes from: That terrible black president. We admit it -- we are drawn to Crazy Larry as if we were some kind of Dirty Mary, and we can't help but want to see what speeding freight train he's going to hurl himself against this time.

Basically, racism was pretty much over by 2008, says Klayman, who somehow managed to type out Martin Luther King's line about how "one day little black boys and girls will be holding hands with little white boys and girls” without his fingers bursting into flames. Yes, he actually says this: "In effect, the American people by and large stopped thinking in racial terms; the words of Martin Luther King increasingly had taken hold in deeds." We're even willing to believe that Klayman believes that, since he also believes that he is a good lawyer and that he'd be able to rally millions to follow him, if only the government-controlled media didn't keep him down.

In fact, says Klayman, he was even a little proud of America for electing an African-American president in 2008, because it showed just how far we'd come as a nation. (Challenge: a shiny new donkey to anyone who can find Larry Klayman saying anything of the sort in 2008). But oh, waily-waily-waily! We were DECEIVED, because it turns out that the second he could get his big old negro feet up on the Resolute desk, BHO was bent on exacting racial revenge!

In effect, Obama and his friends -- ranging from black Muslims, to anti-Semites, to anti-Christians, atheists and other ultra-leftists -- saw his presidency as an opportunity to “settle the score” with not just conservatives but rich whites. If this meant bankrupting the country with higher taxes on rich whites and other means to extract what in effect were reparations, then this was the price that needed to be paid for past discrimination. It was time for “whitey” to pay up, and to hell with the economic and social health of the nation.

You all remember the racist taxes that Obama kept ratcheting up so incredibly high, like raising the marginal rate on couples making over $400,000 from 35 percent to 39.6 percent. It was pretty much like genocide. And then every black person got an Obamaphone.

No wonder we are a divided nation today. And no wonder, says Klayman, that whites have had just about all they can take: "under the Obama presidency there has been a role reversal; whites, and particularly rich ones, are now at the back of the bus." Whites see this pretty much every day, or they would, if they ever rode a bus. And tragically, oh so tragically, Obama's hatred has brought about "an undercurrent of deep resentment among whites, which is now starting to manifest itself in major ways."

You know, like how Klayman's buddy Cliven Bundy and LA Clippers owner Donald Sterling said things that "the mainstream media perceived as racism" -- Klayman isn't quite ready to call it that, of course, because the poor dears were provoked by "latent resentment by whites that they do not have a president who represents their interests, but instead is prejudiced against them." I want to tell you one more thing I know about the Caucasian -- he is a sensitive soul, and if he perceives that the president is black, he may start feeling quite put upon indeed.

And while Klayman definitely doesn't "condone the comments of either Bundy or Sterling," oh, no no no no no he does not, he also wants to remind you all that it's not what a person says but what he does that he should be judged on. Nixon, after all, "made a number of what were perceived to be anti-Semitic outbursts" that were caught on tape, and yet he turned out to be the best pal the Israel ever had. In fact, Nixon was such a great friend to the Jews that Klayman conveniently forgets to complete the analogy and show us what wonderful humanitarians Bundy and Sterling have been to The Negro, but will you just look at all the great things Nixon did for Israel, even as he was shuffling around the White House at night bellowing "Where's my Jew?"

Still, concludes Klayman, it is "truly a sad day when the president of the United States divides the races" for his terrible socialistic purposes, instead of living by the one single Martin Luther King line that conservatives can remember, something to do with the content of their character, and fuck all that divisive "promissory note" bullshit from the very same speech, which was probably added by Barack Obama and his race-baiting cronies.

Gosh, if Barack Obama continues all his racist hatred of Whitey, there's just no telling what he may force Larry Klayman to say about black people next.