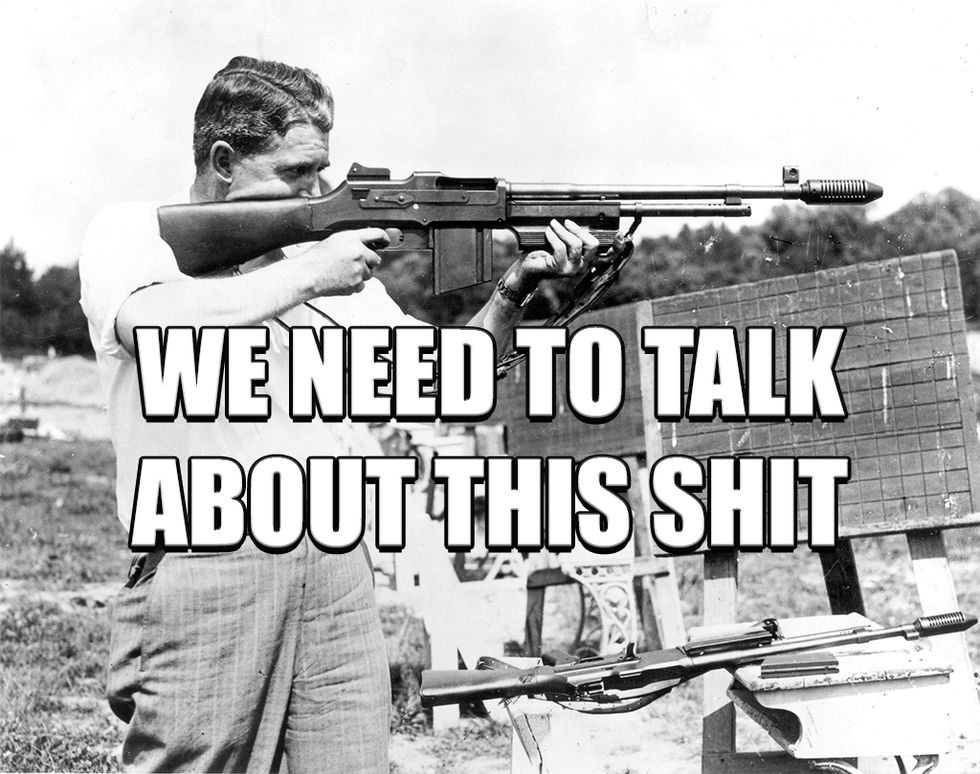 Hey, Wonketariat! Once again we have to start the day with a mass shooting, and we're really sorry that we have to do this (AGAIN). Here's some of the things we may be talking about today when we're not screaming incoherently.

More than 50 people have died, and more than 400 were wounded in a mass shooting at the Mandalay Hotel and Casino in Las Vegas after a 64-year-old gunman opened fire on a crowd attending a country music concert. It is now being called the deadliest mass shooting in US history. Presumably most of the following stories won't get covered today.

Dear Puerto Rico, we're sorry that you're still so fucked because the dumb bastard playing president decided to go golfing. Again. And then his minions talked a bunch of shit on Sunday? Ugh. At least Trump dedicated his golf win for you. Luv, Wonket.

The GOP is about to do battle with itself (again) as the House and Senate can't agree on how to finance the budget. What else is new.

Paul Ryan is riding high atop his bologna pony, a lone tax reform ranger who wants rob the poors and give to the rich with post cards.

You'll probably be sick to death when Sonny Perdue moves the USDA's food safety office to the new "trade office," but think of all the deals you'll make!

After years of wiping their ass with the ballots from their base, Republicans are facing a catagory five shit storm that is ripping the party apart.

Over the weekend, Trump started shit-talking REXXON for saying he'd talk to North Korea (you know, like a diplomat) and now people are wondering if REXXON should "You're Fired" himself.

Senators John McCain and Ben Cardin sent a mean letter to Trump's White House bitching about the lack of movement on those Russian sanctions and essentially told him to get his fat ass into gear.

Two all-'Murican youths in Texas were taught a lesson and "You're Fired" from their high school sportsball team for taking a knee during the national anthem.

After hearing Trump's UN speech, Iran's Foreign Minister has some problems with Donald Trump, and you're all gonna' hear about it!

A couple of months ago, an old rustbucket set sail from North Korean bound for Egypt with a boatload of BFG's in its cargo hoping to hell that nobody would find them.

Catalonia voted for independence from Spain in a landslide, but the rest of Spain is giving absolutely zero fucks, and even less autonomy.

A federal judge has ruled that the FBI doesn't need to tell anybody how much it paid to crack the password of the San Bernardino shooter.

Trump-Russia investigators in Congress may force Google and Facebook to cough up the dirty little secrets they've been using to corner the tech sector and make everyone their bitch.

The Juice is on the loose once again, and nobody ever wants to see him again.

Two Americans have been awarded the Nobel Prize in physiology or medicine for being able to read your biological clock.

And here's your late night wrap-up! Bill Maher has New Rules for Trump-Russia; John Oliver talked about the bullshit of forensic science; Chelsea Handler thinks Trump and Kim Jong-un should get a room already.

And here's your morning Nice Time! BABY RED PANDAS! They're so squeaky!

You have our permission to skip this morning's tithe to Wonkette and throw some money at Everytown for Gun Safety, Gabby Giffords's Americans for Responsible Solutions, Moms Demand Action, and the Brady Campaign To Prevent Gun Violence. Be safe.