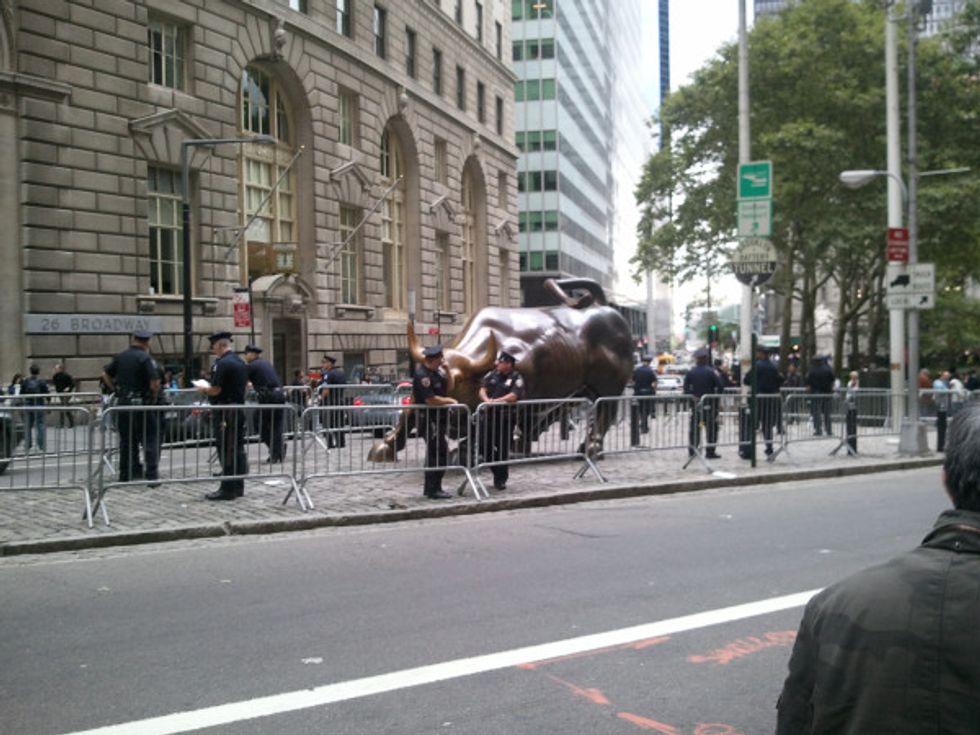 What are these New York City "Day of Rage" protesters angry about this time? We are pretty sure the Patriot Act in its current iteration specifies that Americans are only allowed to be mad about out a) the local anusburger chain running out of McNuggets or b) the last-minute cancellation of a Justin Bieber mall appearance, so we hope for their sake it is one of those two things, otherwise SEE YOU ALL IN GITMO, COMMUNISTS.

No, they are apparently the only few thousand people or so in America who are upset by America's continuing downward spiral of poverty and unemployment. Everyone else, eh, sort of fine with it, the teevee connection still works and the Yahoo! News comments sections are still open, ZZZZ.

From Allison Kilkenny writing for The Nation:

A protester named Larry says that he joined the movement to protest the pitiful conditions of workers, particularly black and Hispanic employees. He fears the budget cutbacks will disproportionately affect the poor majority. “Wall Street makes its money off of exploitation,” he says. “We’ve sacrificed enough. That’s how they’ve got their billions.”

Spurring a Tahrir or Spanish revolution was an incredibly lofty goal, and all told, about a thousand protesters made it down to Wall Street. It seems some element—some unseen ingredient—is missing from America’s climate to spur the great cultural revolution seen in the Arab world. Of course, everyone has a different diagnosis for why the anti-establishment mass protests haven’t hit America’s shores yet.

Uh, because the Emmys were on last night, come on. That was an easy one.