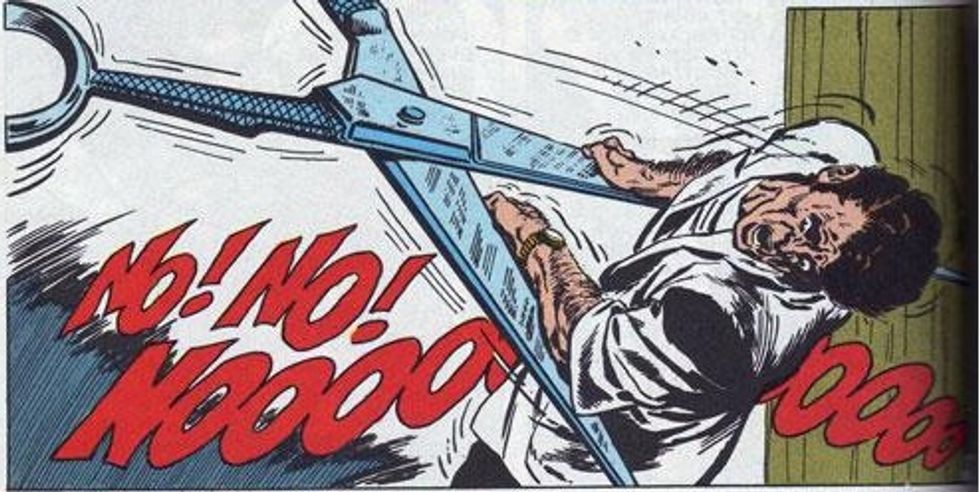 Well, it's just like the horror stories warned: Now that Obamacare has gone into effect, all the worst fears of the critics have come to pass: the government of Iraq is in danger of falling to Islamic radicals, the Israeli-Palestinian conflict is blowing up, andterrorist soccer fans are swarming across the border. Oh, and the percentage of people with no health insurance has reached the lowest point ever recorded, and in California, the number of uninsured people has been reduced by half. So yeah, pretty much a total fiasco.

Business Insider reports that at the national level, the uninsured rate as measured by the Gallup organization has declined from 17.1% in the last quarter of 2013 to 13.4% at the end of the second quarter of 2014. In addition to the combined 9.5 million people who signed up for private insurance under the Affordable Care Act plus those who benefited from the expansion of Medicaid under the ACA, the improved economy is also resulting in more people being covered through employers. Now, if the 20-odd red states that have been fighting Medicaid expansion would get their act together... Haha, even after writing for Wonkette for two years now, sometimes our optimism still kicks in.

In California, KPCC reports that a survey by the Commonwealth Fund showed an even more dramatic cut in the uninsured rate, from 22% in September 2013 to 11% at the end of June.

Yeah, but it's never going to work -- people just HATE having health insurance, as shown by the Commonwealth results:

You see what that means, right? It means that almost 40% didn't say they felt better off, and a whopping one out of five were not very satisfied. It's a disaster, and we sure hope that Republicans will make their opposition to people having health coverage a central part of their campaigns this fall.

Death spiral, people. Obamacare is covering so many people, most of them private enrollees paying much of their own way, that it will be impossible to sustain, so it is inevitably headed for a death spiral.