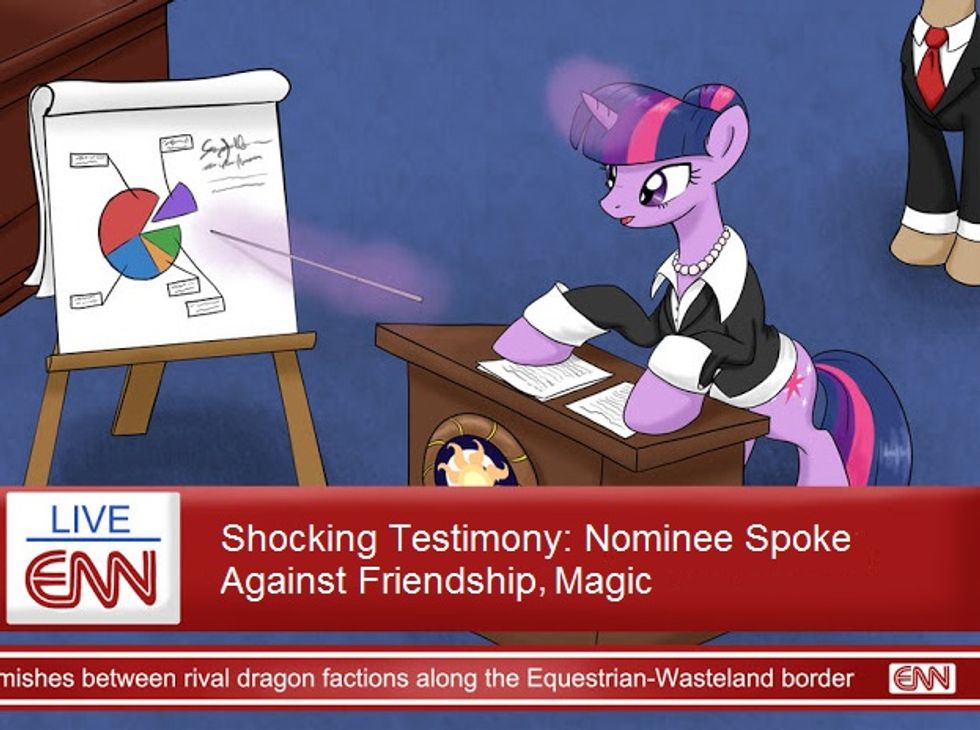 OK, Wingnutosphere -- just knock it off. We are no longer accepting new nominations for "Least Plausible Conspiracy Theory," so can you just give it a rest now, please? The latest contender is a claim making the rounds about how John Brennan, Barack Obama's nominee to head the CIA, secretly converted to Islam while he served in Saudi Arabia, and that he was recruited as an intelligence asset for foreign terrorists, to whom he passed government secrets! This information comes from a completely credible source on national security, a guy who was a guest on on a right-wing radio show last week. Is the guy, John Guandolo, credible? You bet! He's an actual FBI agent! Well, former FBI, because before he became a fixture in the anti-Muslim-paranoia industry, he resigned from the FBI before he could be fired for sexytime with a witness in a case he was working. If you can't trust a virile Patriot like that, who can you trust?

Guandolo claims that he received the information about Brennan's supposed conversion from "U.S. government officials who were also in Saudi Arabia at the time," who he says were "direct witnesses" to Brennan's conversion, which he also says was the "culmination" of an effort to recruit Brennan by intelligence agents from some sinister organization that Guandolo didn't bother naming. We bet it was SMERSH. Or maybe CHAOS? Nah, it was probably definitelyCOBRA.

So anyway, we are now totally worried that if Brennan is confirmed, America's program of using robots to blow Muslims to bits is going to be in the hands of an actual Muslim, because that would mean that, for the whole time he's been blowing up Muslims so far, he didn't really mean it.

Here is a video of John Guandolo running his mouth and being very believable: