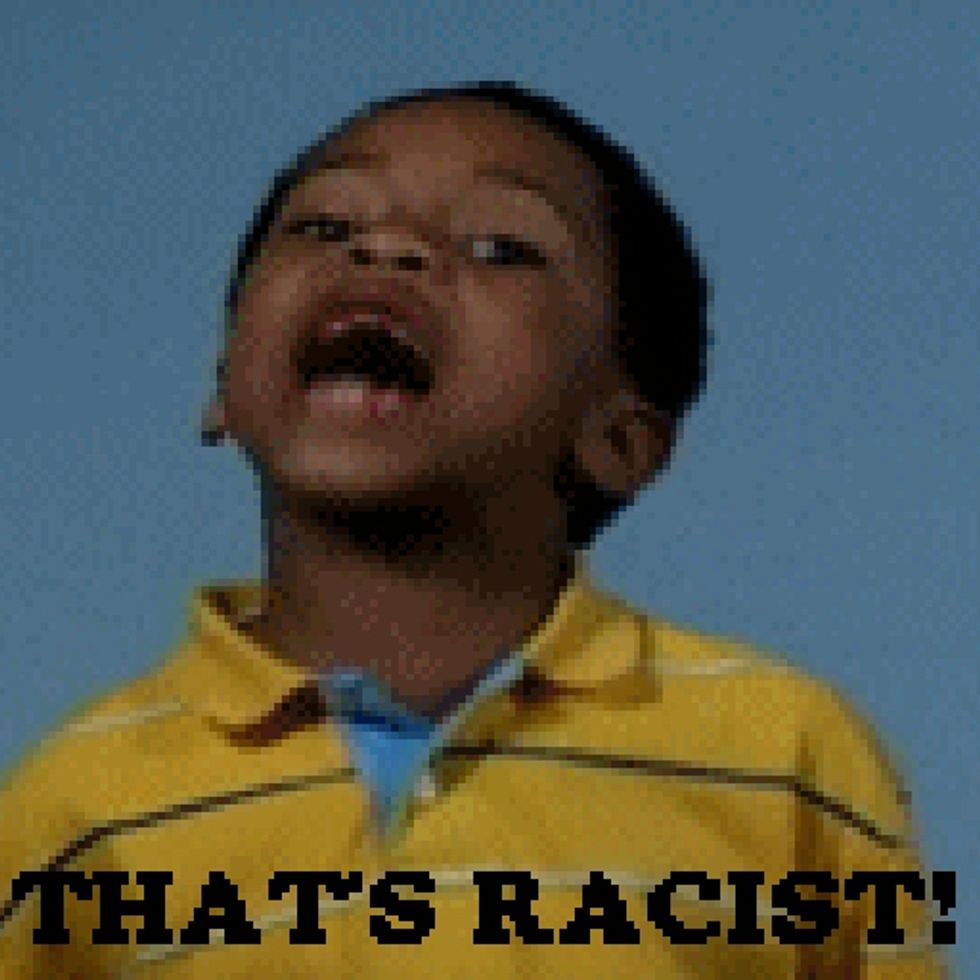 Racial transcendence is alive and well in Brentwood, California, if the allegations in a new lawsuit are true. The case states that Steven Carnine, an 8th grade history teacher at Paul Revere Charter Middle School and Magnet Center, figured that the best way to teach his kids, several of whom are Not White, about racism, would be just to lob a bunch of racial stereotypes at them:

The parent accused the teacher of using the N-word, said “black people were not smart,” as well as suggesting teen Michael Brown, shot to death by a police officer in Ferguson, Mo., “got what he deserved.”

During a follow-up discussion, Carnine brought up the shooting of Brown by former officer Darren Wilson.

“In discussing the incident, Carnine said that the guy was a thug and he got what he deserved,” according to the suit, which alleges that the teacher also said: “Black people are judged for not being smart because they are not smart. A lot of them are just athletes.”

He seems friendly. According to CBS Los Angeles, the teacher also said that if there were The Blacks walking behind him at night, he would be very scared.

The student whose parents filed the lawsuit is of mixed race, and claims that when he said the ugly, racist things about black people, he looked directly at her, which is probably not what you are supposed to do if you are just trying to give examples of racist remarks, rather than actually being racist. But maybe he's just the show-and-tell sort and he's trying to make sure the visual learners don't get left behind!

Is it possible that he was just method-acting (this is Brentwood after all) and everybody is overreacting?

However, that same day, Carnine, during a lecture on the Civil War, stated that “people didn’t like Lincoln because he was a (N-word) lover,” the complaint alleges. Carnine was “staring and smirking” at the plaintiff when he made the remark, according to the suit.

Hard to tell! Somebody should tell Mr. Carnine how to issue a Trigger Warning, for the fact that he is about to say horribly racist things about black people.

However, it was not just confined to blacks, oh no, racists never just hate one thing. We do not know if he also stared directly at the Jewish kids in the class when he (allegedly!) also said that "we all know Jews like to hoard their money," but we guess probably, that must be his "teaching style." It's quite something that this is happening in Brentwood, though. Maybe somebody should check his MySpace friends to see if Mel Gibson is in his Top Eight.

According to the principal, Carnine is "old-school," which could mean that he doesn't use email very good and gives all the kids a Werther's for participating in class, or maybe he means that he simmers with a seething contempt for the blacks and the Jews, like Old School people do sometimes.

Stay tuned for next week's unit, Fags, Bitches and Messicans:  Who's Ruining America The Worstest?