Leaders Of Greek Neo-Fascist Party Arrested, May Be Sent To FEMA Camps 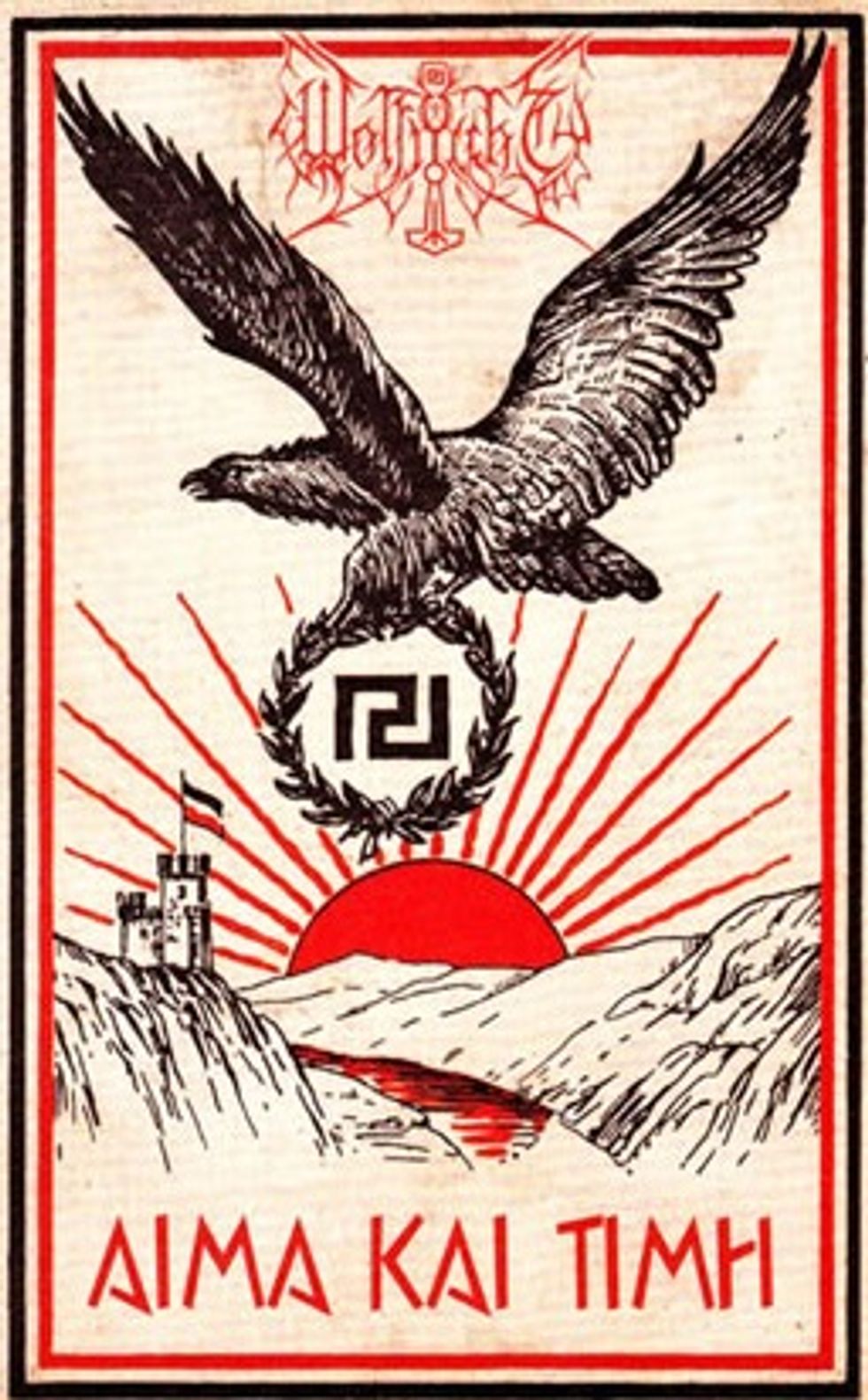 The Greek government haslaunched a crackdown on the neo-fascist Golden Dawn party, arresting its leader, three members of the Greek Parliament, and several other top members; they will be charged with forming a criminal organization. After Golden Dawn leader Nikos Michaloliakos was arrested, police said that three guns had been found in his home. Also arrested was party spokesman and MP Ilias Kasidiaris, who you may remember as the charmer who punched a communist party lady on TV. The group has also been implicated in "hundreds of attacks" on immigrants, gays, and leftists during the county's economic crisis; the last straw appears to have been the September 18 murder of anti-fascist rapper Pavlos Fyssas by a Golden Dawn member.

Following Michaloliakos' arrest, members of Golden Dawn gathered in Athens to protest the crackdown, claiming that the Greek government was trying to silence them. You know, by not letting them have an armed revolt. Not that we're making any comparisons to other groups that might be calling for the violent overthrow of an elected government or anything.

The Guardian reports that Golden dawn is Greece's third-largest political party, and that it took advantage of Greece's economic chaos to blame foreigners and corrupt elites for the country's problems.

Since being elected to parliament for the first time in June last year with 7% of the vote, Golden Dawn has been linked to a wave of violence directed mostly against migrants, gays and leftists on Greece's increasingly fractious political scene.

The fatal stabbing of Pavlos Fyssas, a hip hop star popular among anti-fascists earlier this month, prompted widespread outrage and finally galvanised the governing coalition into taking action. Amid revelations that Golden Dawn had set up hit squads with the help of commandos in the special forces and openly colluded with the police, authorities launched a far-reaching inquiry into the group's activities. Two senior police generals resigned and several officers were suspended following allegations of links with the party. More than a dozen Golden Dawn members, including the 45-year-old man who confessed to murdering Fyssas, were rounded up.

Now, we wouldn't want to suggest that there's an exact analogy between Golden Dawn and some of our own radical gun-fetishists who yearn to "take the country back" in the name of "real Americans" or anything. There's still a qualitative difference between organizing gangs to beat up foreigners and walking around showing off your loaded AR-15 while wearing a t-shirt calling for watering the Tree of Liberty. Unlike the more violence-oriented skinheads of Golden Dawn, most of our loons are content to just endlessly talk about the need to be ready for armed insurrection, but then step back and blame video games or antidepressants or liberalism (or a good old false-flag plot) when someone gets it into their head to shoot up a church or plot to kill some government officials. The very suggestion that rightwing militias could be extremists leads a lot of conservatives to freak out about witch hunts and tyranny. Who knows, maybe parading around with a gun and fantasizing about the coming New Civil War serves as a safety valve for some of that idiocy.