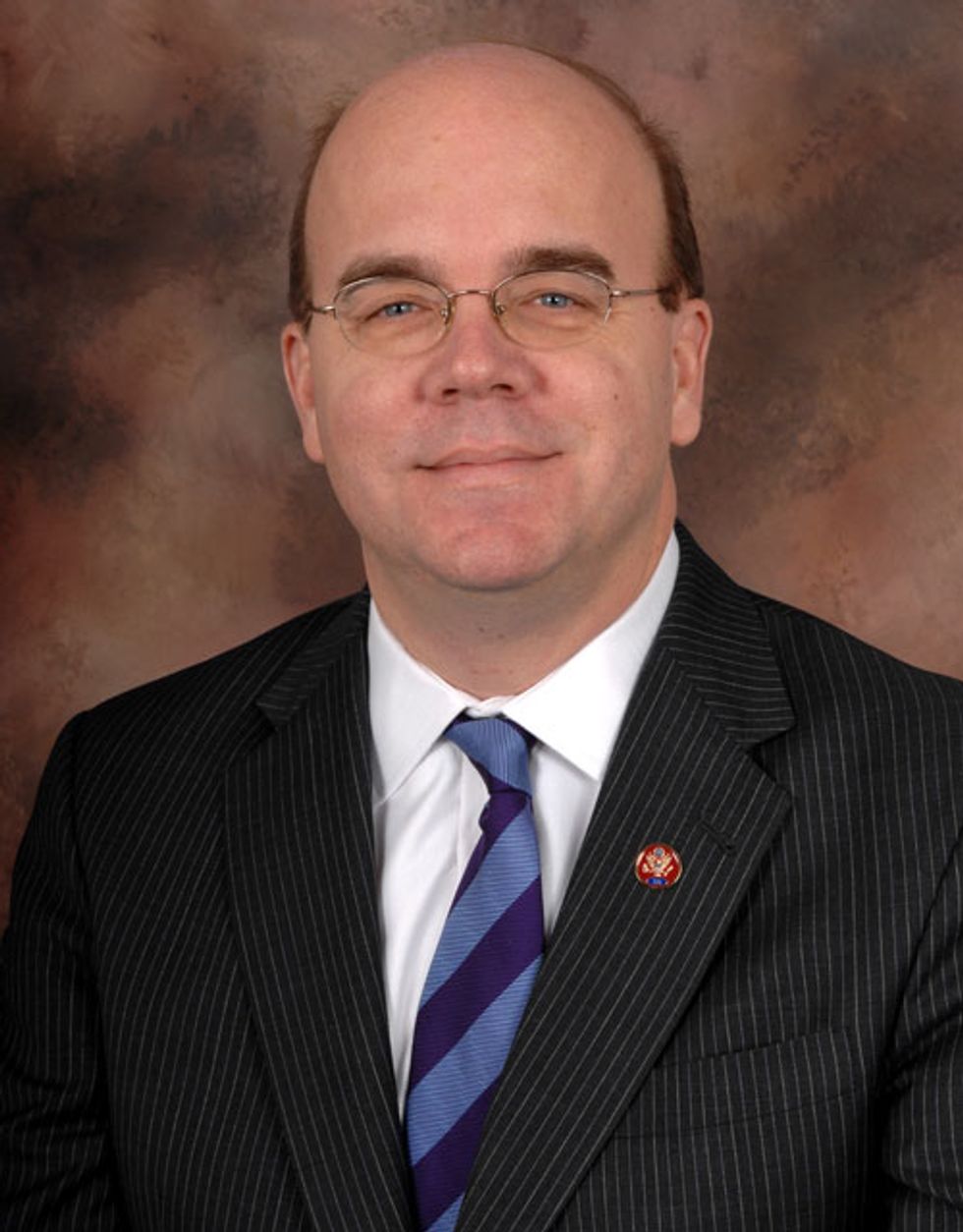 Who is this god-among-goblins? None other than the next in our recurring series of Legislative Badasses, Rep. Jim McGovern (D-MA)!  What did our hero do?

Rep. McGovern introduced an amendment to the farm bill that would have restored $20.5 billion to food stamps, or what is now called the Supplemental Nutrition Assistance Program (SNAP). As the farm bill moves through both the House and Senate, the GOP is seeking to literally grab food out of the mouths of children and hungry families by slashing funding for SNAP. This may be related to the fact that PoorKids PAC is pretty bad at lobbying, because they are poor.

Hooray for Rep. McGovern! Hooray for standing up for those who can’t even afford to buy food because of the sluggish economy or layoffs or bad luck or because THEY ARE SIX YEARS OLD. You make our heart happy and ever so slightly less cynical about Congress.

Rep. McGovern has a long history of fighting against hunger. While most members of the Agriculture Committee are from rural districts, Rep. McGovern stays on it for issues like this. Since January, he has made some 13 floor speeches on the theme of EndHungerNow, and continues to be the leading voice of conscience on Capitol Hill on this issue. On June 5th, he had this to say:

That’s cold hearted and mean spirited and I will fight these cuts.

“Cold hearted and mean spirited” seems way too... nice. Might we suggest some alternative language:

True to his word, Rep. McGovern did fight the cuts. Unfortunately, his amendment did not succeed. It lost by a 188-234 margin, overwhelmingly opposed by the GOP. This gives us a sad, but not as big a sad as the 210,000 kids who will no longer be eligible for free school meals if these cuts stay in place. The Senate only wants to cut SNAP by $4 billion, so neither chamber has the moral high ground on this one.

While the GOP continues to try to thin the herd through denying people luxuries like food and water, Yr Wonkette is glad that folks like Rep. McGovern are standing up and fighting. We are glad he is saying things like:

"This is a debate about values and priorities," said Rep. Jim McGovern (D-Mass.), the sponsor of the SNAP amendment. "Let us stay true to our values of compassion, decency and justice. Let us give priority to those among us who are struggling in these hard times."

Perhaps someone should inform Rep. McGovern that the GOP values include things like hard-heartedness, hypocrisy, a healthy disdain for the poors, and anything that is the opposite of compassion, decency and justice. Except for the rich -- the GOP has lots of compassion for the rich, and their need to stay rich so they can buy all the foods that the poors can’t, because this is America and there is a long tradition of saying suck it to the poor.

It takes giant balls to continue to fight a losing battle against the GOP, so we hereby pronounce that all XXXL jockstraps throughout the land shall be called McGoverns. And the next time we do a Drinky Thing up in Massachusetts, we promise to buy you all the food and drink you want (pursuant to whatever legal and ethical restrictions blah blah blah)!