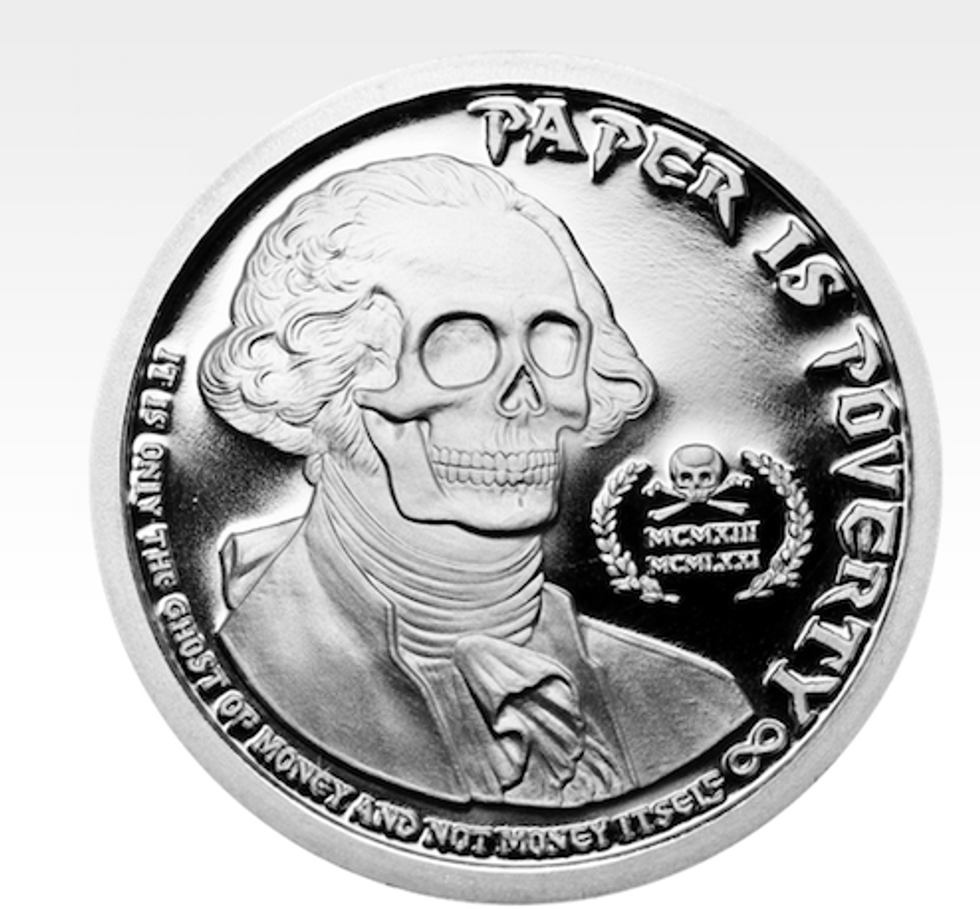 Would you like to read the anguished product of one million conservative tears and howls of rage? Were you hoping that it started with slamming Bamz for a lame joke but then somehow pivoted to the French President's l'adultery? And how about if we throw in some discussion of how Ghost Thomas Jefferson wanders the halls of Monticello crying? The answer to all these questions, of course, is hell yes you want this, and Breitbart has got you covered with this screed so breathless it is hyperventilating.

America’s president — heir to the world’s greatest document of freedom ever drawn up by man — strode across the hallowed grounds of Thomas Jefferson’s Monticello. With his hands clasped behind his back as a fuehrer surveying his troops or his kingdom, he told a gaggle of onlookers, “That’s the good thing about being president. I can do whatever I want.”

It may have been a lame attempt at despot humor, but it fell terribly flat and reveals a shocking unawareness of himself and what so many American people think of him.

"Despot Humor" is our new post-punk band. OK, so Obama's joke sucked. Did you write a column about how Obama is unfunny, Breitbart? Oh hell no. You wrote it about how Ghost Thomas Jefferson is crying for America.

It is easy to imagine Jefferson’s soul, which lurks around every doorway, in every boxwood bush at Monticello, weeping at President Obama’s words. But more likely, he chuckled — if mournfully. This always is how tyranny hatches, and nobody warned us of it more starkly than Jefferson.

You know what? It is not actually easy to imagine that unless you are daft. There are plenty of your Tea Party people we dislike with great verve and fervor, but we do not think that Ghost Patrick Henry is looking at them askance or anything.

It wasn't enough for Breitbart to write some Founding Fathers fanfic. Naw mang, they go on and on 'til the break of dawn and they don't stop, dropping some extremely weird words about French president Francois Hollande, who they very much do not like. It's kinda complicated how they even get to insulting Hollande, but basically it is that Obama is a "constitutional adulterer," which means Obama cheats on the Constitution with -- ok, we don't understand that part either. Obama = constitutional adulterer but French dude = regular adulterer is the gist of it.

Mr. Hollande is simply an adulterer. Of sorts. He is so untrustworthy that he never even married the sad woman whom he successfully inseminated four times.

And then there is all this outrage from the media when the nasty little frog is caught hopping from one girlfriend’s sex lair to another’s all around the Elysee Palace. If only he had been married, none of them would have minded.

To this day, monuments remain to Marquis de Lafayette for his “unwavering loyalty” at Valley Forge, his brave gallantry in battle, and for brokering the French alliance to defeat the British crown.

Can you imagine the Marquis de Lafayette skulking around in a black motorcycle helmet between sex trysts to hide his shameful face? No, he preferred grand hats, tall with feathers — and he was worthy of them.

There's also a fomenting class war complaint about how Bamz and Frenchy McFrencherson ate some fancy food while you probably just had McDonald's takeout like every other night, but honestly, that is so not weird compared to the rest of this that it doesn't bear quoting.

If you need us, we'll be out back in a wheelchair pretending to be Ghost Franklin Roosevelt, and we've dressed up the family dog to be Ghost Checkers so we're all bipartisan up in here. Hit us up if you want to play Ghost John Quincy Adams.