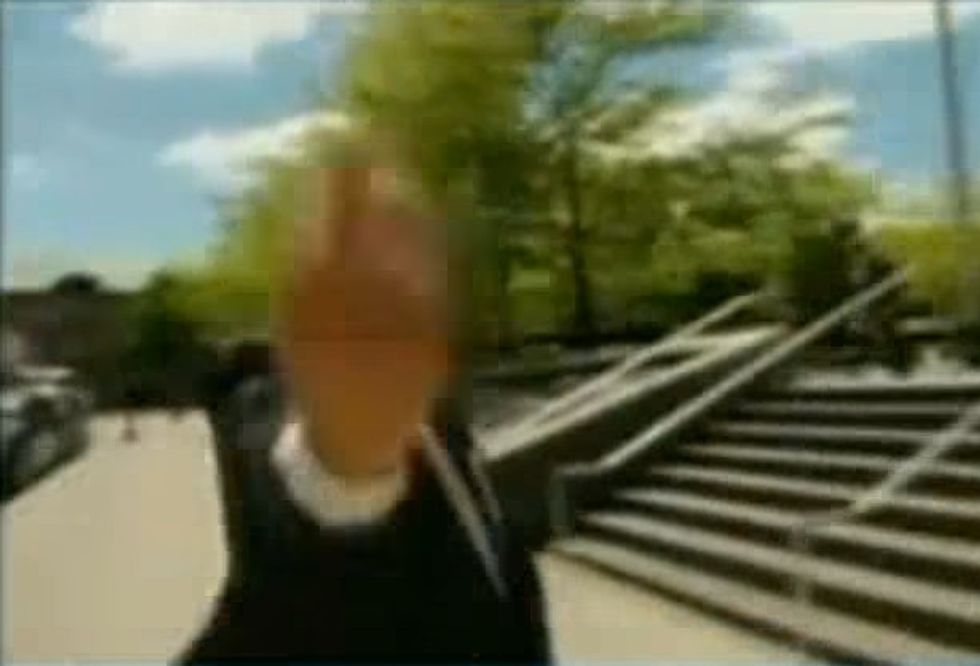 John Dowd, Donald Trump's lead private attorney, took a moment away from his important work on the Russia investigation Wednesday to offer a more informal defense of his client's batshittery about why removing statues of Confederate generals is very bad, just like the ISIS! Dowd was super-impressed by an email somebody sent him with the subject line "The Information that Validates President Trump on Charlottesville," so he forwarded it on to a collection of friends, government officials, and rightwing journalists, just like that one goofy aunt who you can't ever convince to read anything on Snopes, if your goofy aunt were the president's lawyer. Says the Failing New York Times,

Mr. Dowd received the email on Tuesday night and forwarded it on Wednesday morning to more than two dozen recipients, including a senior official at the Department of Homeland Security, The Wall Street Journal editorial page and journalists at Fox News and The Washington Times. There is no evidence that any of the journalists used the contents of the email in their coverage. One of the recipients provided a copy to The New York Times.

Dowd didn't have much to say to the Times about the email or its contents:

“You’re sticking your nose in my personal email?” Mr. Dowd told The Times in a brief telephone interview. “People send me things. I forward them.” He then hung up.

Among other nuggets o' wisdom, the email, by a nice gentleman named Jerome Almon, who runs a collection of conspiracy websites, explains that Black Lives Matter "has been totally infiltrated by terrorist groups," and offers some alternate facts about the Civil War, like how the secessionists were pretty much exactly like America's Founders because they were rebelling against tyranny 'n' stuff. Here's an excerpt from the Times story:

Funny, though, one of those generals fought for the United States of America, and one of them made war against it, and only escaped being charged with treason thanks to the personal intervention of Gen. Ulysses S. Grant. Seems like a strange detail to have left off the list. That "both saved America" line refers to the fact that at the end of the Civil War, Lee chose to surrender to Grant instead of continuing to fight a guerrilla war with his remaining forces. That's not so much "saving America" as "recognizing reality" and not prolonging an inevitable defeat, we'd say.

But we suppose you could also argue Adolf Hitler rebelled against the ruling government, used slave labor, used tactics still taught at West Point (Blitzkrieg was a big fucking deal in its day), compared himself favorably to Napoleon, and saved America, kind of, by blowing his brains out.

While it appears several media outlets have gotten copies, we haven't yet seen a full version of the email. Somebody will have it online by the end of the day -- probably before noon or, if we know how blogging works, thirteen minutes after we hit "publish" on this post.

So who is this nice gentleman, Jerome Almon, who is so public-spirited that he wanted to get his important views to the president's attorney? Happily for us, the Washington Post, scooped by the Times on the email itself, did a very detailed meet-the-author follow-up story. (The Times interviewed Almon too, but the Post has more delightfully weird detail. We love a good newspaper war!)

Almon, 52, who is black, has promoted a range of conspiracy theories online, and claims to have predicted several past terrorist attacks. But he said he crafted his email — which was circulated wider Wednesday by Trump’s lawyer, John Dowd — out of worries that Trump could be “taken down” over his response to Charlottesville.

“We’re going to end up in a violent civil war,” Almon said. Trump “is our last chance or the violence you saw in Charlottesville is going to get worse.”

He also told the Post he just wanted to help Trump out, because if there's one thing Trump is short of, it's wingnuts telling him the craziest stuff he says is absolutely on target. Almon explained to WaPo's Aaron C. Davis that "Black Lives Matter is just as racist as the Nazis or the KKK or anyone else." We bet that had never even occurred to Trump, so thank goodness someone's getting it out there.

Also, here's a heck of a surprise: Like many deleted commenters with crazy rightwing views, Almon says he used to support Barack Obama, at least until he realized Trump is "far more right than he is wrong, and he’s done far more on average than his opponents." But according to Davis,

Almon said he sent the email because he felt the president needed more historical facts to buttress his argument about Charlottesville.

Or maybe not; Trump was not among the recipient list on Dowd's forward of the email, and none of those beautiful historical facts were in this morning's e-blurt from the President of the Confederacy. Say, you know how you can learn about history even better than by looking at a statue? You could read the history of that statue and learn it was erected as part of a deliberate campaign of revising history to make the South look noble and shit. Haha, we just told the president to read a book. We are so whimsical!

We'll be right back on this in 13 minutes when the full email is published. OK, only if it has more interesting or batshit crazy stuff than mentioned so far.

Yr Wonkette is supported by reader donations. Click the "Donate" linky and read a book, will you?