Let's All Have A Jolly Laugh About AIDS With The Reagan Administration! 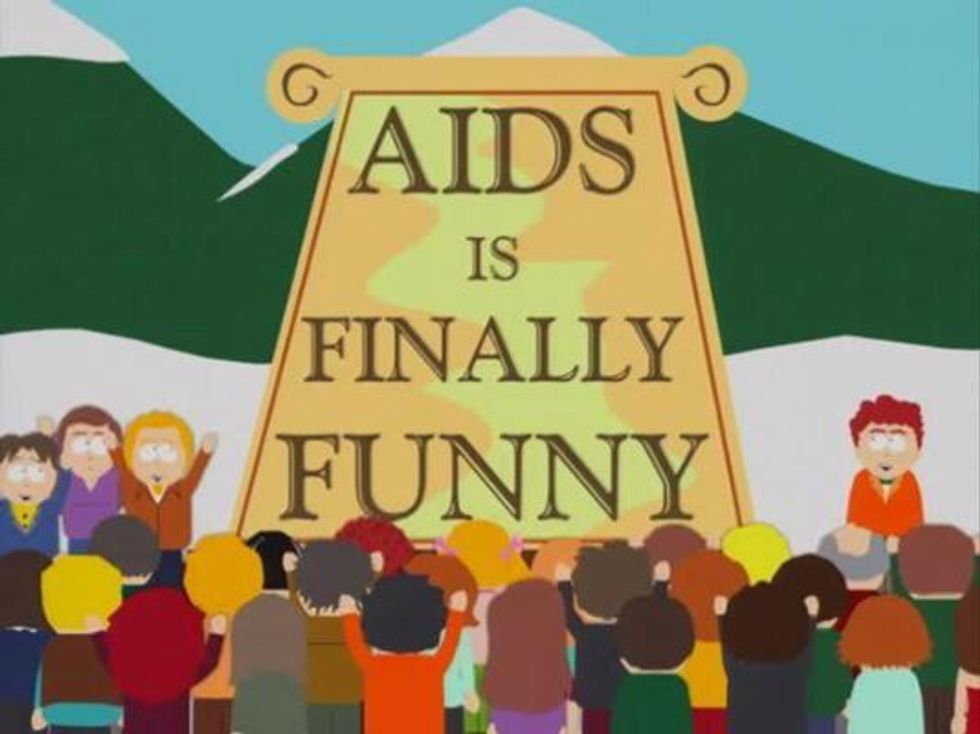 Watch this on The Scene.

Gosh, remember what a terrific president Saint Ronald Reagan was, what with taking credit for ending the USSR and taking credit for a mild economic expansion (but not for either recession during his terms), and Making America Proud Again? Oh, and how it took until 1985, after more than 5000 people had died of AIDS, for Reagan to say the name of the disease? It was his second term, so he could say it without electoral backlash, and besides, Ryan White had already made it OK for straight people to say "AIDS" in 1984. Let's relive those exciting early days of the epidemic with this documentary short by Scott Calonico, When AIDS Was Funny, released Tuesday on Vanity Fair to mark World AIDS Day.

Calonico's film takes us back to those light-hearted times when loathsome asshat Larry Speakes was the White House press secretary -- clever wags could never get enough of the jokes about presidential spokesman Larry Speakes -- and a then-untreatable disease was beginning to kill thousands. But it was funny because they were only homos, and it wasn't yet politically incorrect to talk about those people with an exaggerated lisp and a limp-wristed sashay. (Bringing this style of comedy back is merely one part of President Trump's plan to Make America Great Again.)

We have to quibble a teensy bit with Vanity Fair's description of the audio as "never-before-heard audio tapes from three separate press conferences, in 1982, 1983, and 1984." This may be newly released audio, but BuzzFeed published transcripts of the briefings a couple years ago; still, it's shocking in 2015 to see just how uproariously funny both Speakes and other members of the White House press corps found the disease and the people dying of it. Ah, but it was a simpler time, no?

It's particularly infuriating that Speakes is so dismissive of reporter Lester Kinsolving's persistent questions about AIDS, which was so unfamiliar in the 1982 press conference that both Kinsolving and Speakes sound out each letter, A-I-D-S. Kinsolving rapidly becomes a joke to Speakes, who's clearly amused that anyone would keep asking questions about a disease that only queers were getting, and why did Kinsolving have such an interest in that obscure topic anyway, huh?

The audio is juxtaposed with a running tally of AIDS deaths between press conferences and with photos of patients from Seattle’s Bailey-Boushay House. If you want a sense of how infuriating it was to witness the Reagan administration in full irresponsibility mode, watch this video. It took us back to our first reading of Randy Shilts's then-groundbreaking book And The Band Played On. There's a sense of horror here, of people in power utterly dismissing a disaster as it unfolds. We imagine that in 30 years, it might be the same feeling people will have when they look at old videos of James Inhofe tossing a snowball in the Senate to prove that global warming is a myth.

And, as always, if you really want to evoke the feeling of the early Reagan years, you could do worse than to give another listen to Gil Scott-Heron's "B Movie":

Correction: An earlier version of this post misspelled Lester Kinsolving's name throughout. Wonkette regrets the error. And blames novelist Barbara Kingsolver for being more famous and making us see a g in the reporter's name where there was none.