Let's All Watch Georgia's Special Election Runoff Until 3 AM Then Plotz! 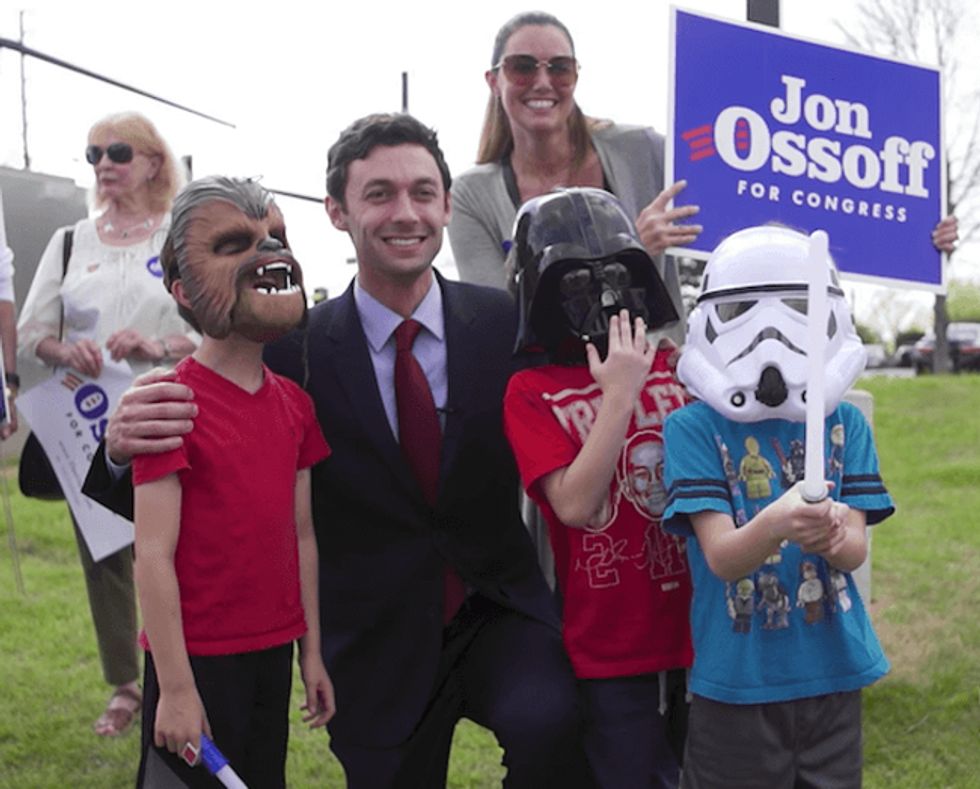 Nerds must stick together

After all the anticipation, all the stupid Star Wars attack ads and the other stupid ads and even more stupid lying ads, the special election for Georgia's Sixth Congressional District was today -- polls are open until 7 PM Eastern, which is the time zone Georgia is in, conveniently, which means there's a tad under an hour and a half left for people to vote. Here is where to find your polling place, unless it is full of lies.

Then we'll all sit down and watch the returns on the TV, and make jokes about Steve Kornacki looking like Scooter from the Muppet Show, and because the polling had the race at about even, we'll probably wait forever for the votes from one stupid precinct to come in. Then again, it's just one district, so there's no telling -- it might go right quick.

While you're waiting for the first returns to come in, you might take another look at why Karen Handel is a jerkface voting suppression doer, or at why the voting machines in Georgia suck, or why Jon Ossoff isn't really Nancy Pelosi, or if you're tired of election stuff you could read about that Florida Pork Chop again, we do not care.

Will Yr Wonkette be liveblooging? Nah, but Yr Dok Zoom will hang out in the Open Thread with you, as long as you send beer money. That's what the "Donate" clicky is down there for. Also keeping Wonkette alive.

It is your OPEN THREAD!

Also, some perspective from Joy Reid:

And so we get ready for this year's gubernatorial elections in New Jersey and Virginia, and we'll see you in the morning.