Let's Get Drunk On Republican Obamacare Tears, Together! 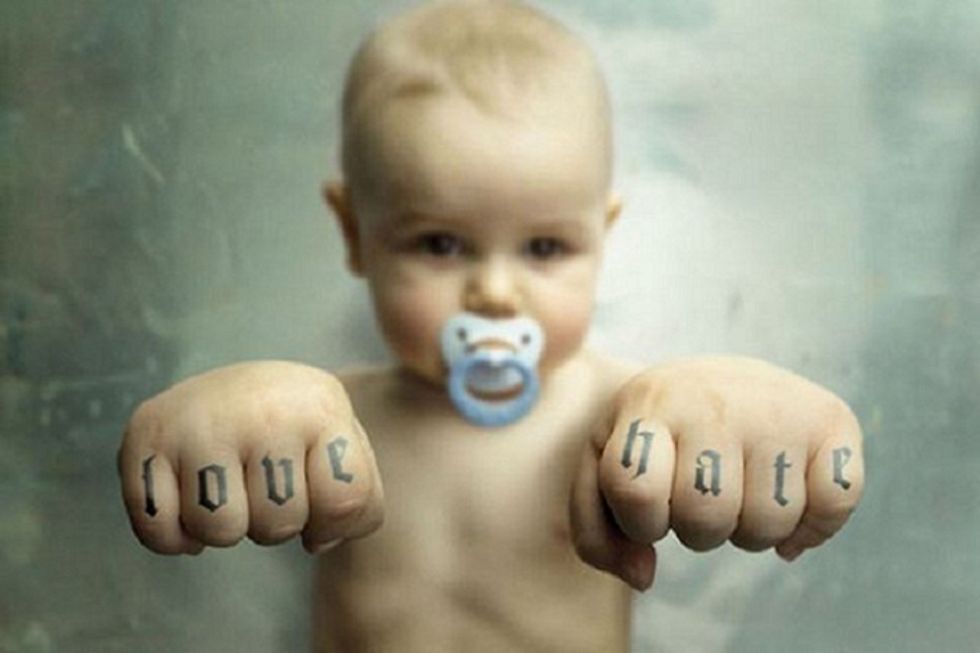 Ehrmagerd, the Surperm Curt upheard Abummacurr! This was not met on the right with universal approbation, although many Republicans were quietly breathing a sigh of relief that they won't have to reveal that their ready-to-implement fix was really just a copy of the 1996 Houston Yellow Pages that they'd been lugging around in a briefcase.

That doesn't mean that Republicans were letting on that they were relieved the Supremes took the task of coming up with a fix off their hands. Not at all! Mike Huckabee seems to have been first out of the gate with an insta-reaction, calling the decision "an out-of-control act of judicial tyranny":

"Our Founding Fathers didn't create a 'do-over' provision in our Constitution that allows unelected Supreme Court justices the power to circumvent Congress and rewrite bad laws," Huckabee said in a statement provided to The Washington Post.

"The Supreme Court cannot legislate from the bench, ignore the Constitution, and pass a multi-trillion dollar 'fix' to ObamaCare simply because Congress misread what the states would actually do," his statement continued. "The architects and authors of ObamaCare were intentional in the way they wrote the law. The courts have no constitutional authority to rescue Congress from creating bad law. The solution is for Congress to admit they screwed up, repeal the 'nightmare of Obamacare,' and let states road-test real health care reforms."

The Post notes that Huckabee took a break from campaigning in Iowa so he could "[pull] over at a gas station to review the court's King v. Burwell ruling." That's true dedication to the news cycle!

Matt Drudge was apparently in a nihilistic mood over the whole thing, the poor dear:

And poor Antonin Scalia was so angry about the majority decision that he proclaimed in his dissent, “Words no longer have meaning if an Exchange that is not established by a State is ‘established by the State.’” We would comment on this, but banana dust intriguingly parses our kleptomaniac vertebrae. Moist colander prevails! Justice Scalia needs to ask himself: Has Anyone Really Been Far Even as Decided to Use Even Go Want to do Look More Like? Truly, we say, armadillo.

Dear god, it's a wholesale triumph of overall context and congressional intent over a drafting error! Cats and dogs living together!

Some doofus calling himself "@Patdissent" worries that since mere anarchy has been loosed upon the word, the center cannot hold, and now no one can ever simple English ever again!

Liberty Hangout, which is what you get when Liberty Valance lets himself go, is pretty sure that this one decision proves that our hallowed system of government is doomed, doomed, doomed:

Let's see -- Congress passed a law, the executive branch implemented it, and the Supreme Court interpreted it. Yep, obviously the system is broken beyond repair.

Michelle Malkin decided that it would make sense to cite constitutional scholar Cole Porter, because god knows the man's amusing little ditty about changing mores was actually a dirge lamenting the loss of decency and the Rule of Law:

Michele Bachmann recognized that America is OVER, exactly like it was over every time Barack Obama ever did or said anything. This country has been completely destroyed more often that Toho Studios' scale models of Tokyo, and the SCOTUS has once again put on its rubber monster suit and stomped all over America:

All those "millenias," completely wasted. Much like we intend to become after reading a few more of these.

Professional victim and urine connoisseur Todd Starnes knows that the next step is ... turning old people into Soylent Green, maybe?

And Dr. Ben Carson, who apparently never treated a Medicare patient himself, wants to get government out of healthcare altogether, we guess:

We're looking forward to his "clarification" on that when the AARP starts asking questions.

As an act of generosity, Mississippi Gov. Phil Bryant wanted to make sure that nobody ended up with any blank spaces on their Rightwing Nutjob Bingo cards:

Today’s decision does not change the fact that Obamacare is a socialist takeover of health care forced down the throats of the American people without proper review, and it does not slow the massive and unprecedented transfer of wealth that is at the heart of the subsidy system. Make no mistake—Obamacare is not about helping those in need or improving health care delivery. It is about destabilizing our health care system, ceding more control to centralized government and replacing individual liberty with government dependence [...]

Mississippi was right, as were numerous other states, not to willingly entrench Obamacare by establishing a state-based exchange, and I will continue to resist any efforts that attempt to shove Obamacare deeper into this state.

Republicans know there is a better way, and I call on Mississippi’s congressional delegation to immediately renew its efforts to repeal and replace this train wreck of a law.

Oh, crap. He left out "Benghazi." Damn you, Bryant, you brilliant trickster!

Congressional Republicans are pretty certain that what the Supreme Court really meant is that it's time to elect a Republican president and to repeal every last word of Obamacare.

Eventually, the real serious explanations begin to trickle in, just as they did the last time the Court upheld Obamacare. Judicial reasoning? Looking at the full intent of the law rather than narrowly reading six words? Nah, obviously, the Fix Was In (again). From Tucker Carlson's refuge for scared white people, we have this, from "former Libertarian Vice Presidential nominee" Wayne Allyn Root:

Has Supreme Court Justice John Roberts been blackmailed or intimidated?

I would put nothing by the Obama administration that lives and rules by the Chicago thug playbook.

And finally, the virtual guarantee that not only will the ACA remain settled law, but that Democrats will keep control of the presidency in 2016: Bill Kristol has made a prediction.