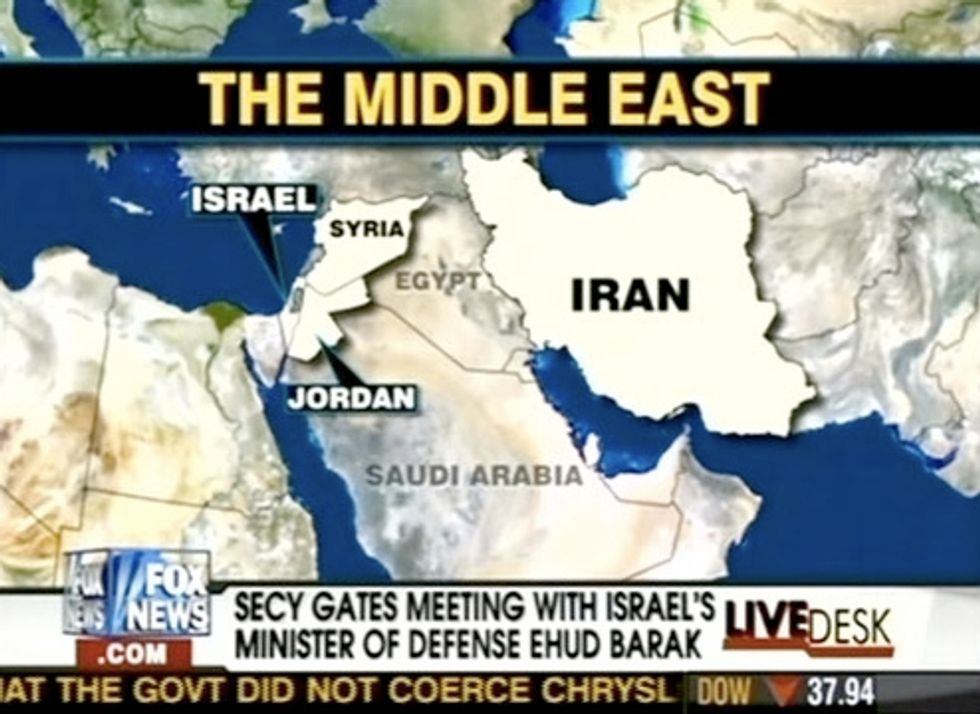 While it's true that Fox News broadcast this particular hilariously wrong map/graphic before the current crisis in Egypt, we cannot discount the possibility that thisFox News meathead errormight be accepted as fact by, perhaps, Robert Gates or the House of Representatives or whatever discredited 100-year-old hawk Obama named as Special Envoy To Bombing Muslims today (Henry Kissinger?), which would at minimum cause gasoline to rise to about $25 a gallon.

Because if Egypt turns out to be exactly on top of Iraq, and also next to Iran, the consequences could be dire. For example, U.S. occupation forces in Iraq could be squished, by Egypt being on top of them. Also, democracy! Let freedom rain/reign/ring ... but quietly, as not to annoy the Saudi theocratic dictatorship.