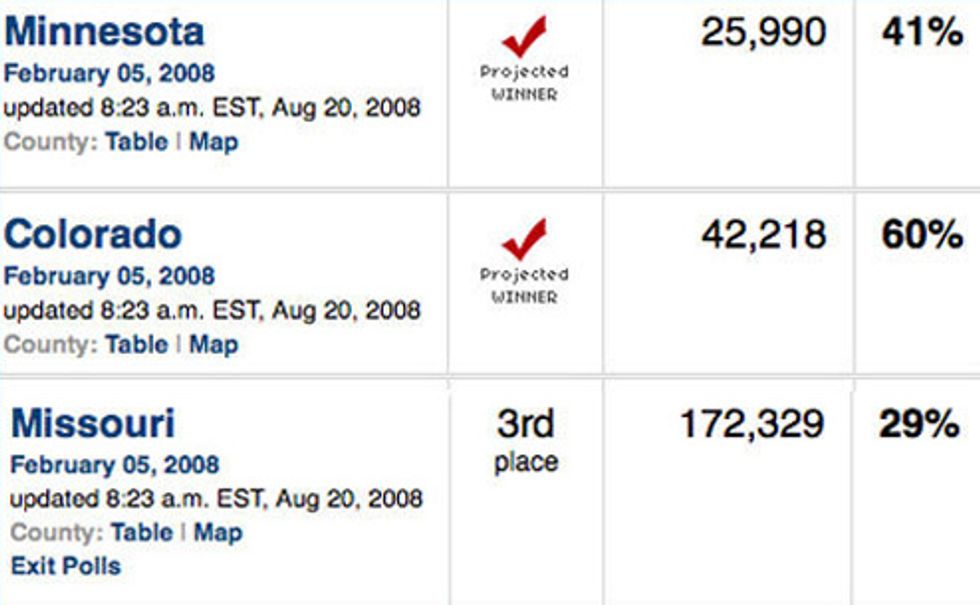 Whoa hey,look at those numbers in Minnesota, Missouri and Colorado for Mittens. Two out of three isn't so bad. And the sheer numbers of votes -- tens and hundreds of thousands! What a world. The only problem is that those are his numbers from the 2008 primary cycle, when he still ended up losing the nomination to crabby old rust tit Juan McCain. He performed infinitely worse last night in his hilarious losses in all three states to Rick Santorum, a whiny George W. Bush conservative who has been dead for five years.

And yeah yeah yeah, they're nonbinding caucuses/primaries in terms of delegate selection, so they don't matter. That didn't stop Rick Santorum's supporters from showing up to the polls though, did it? And so we point and laugh, the end.