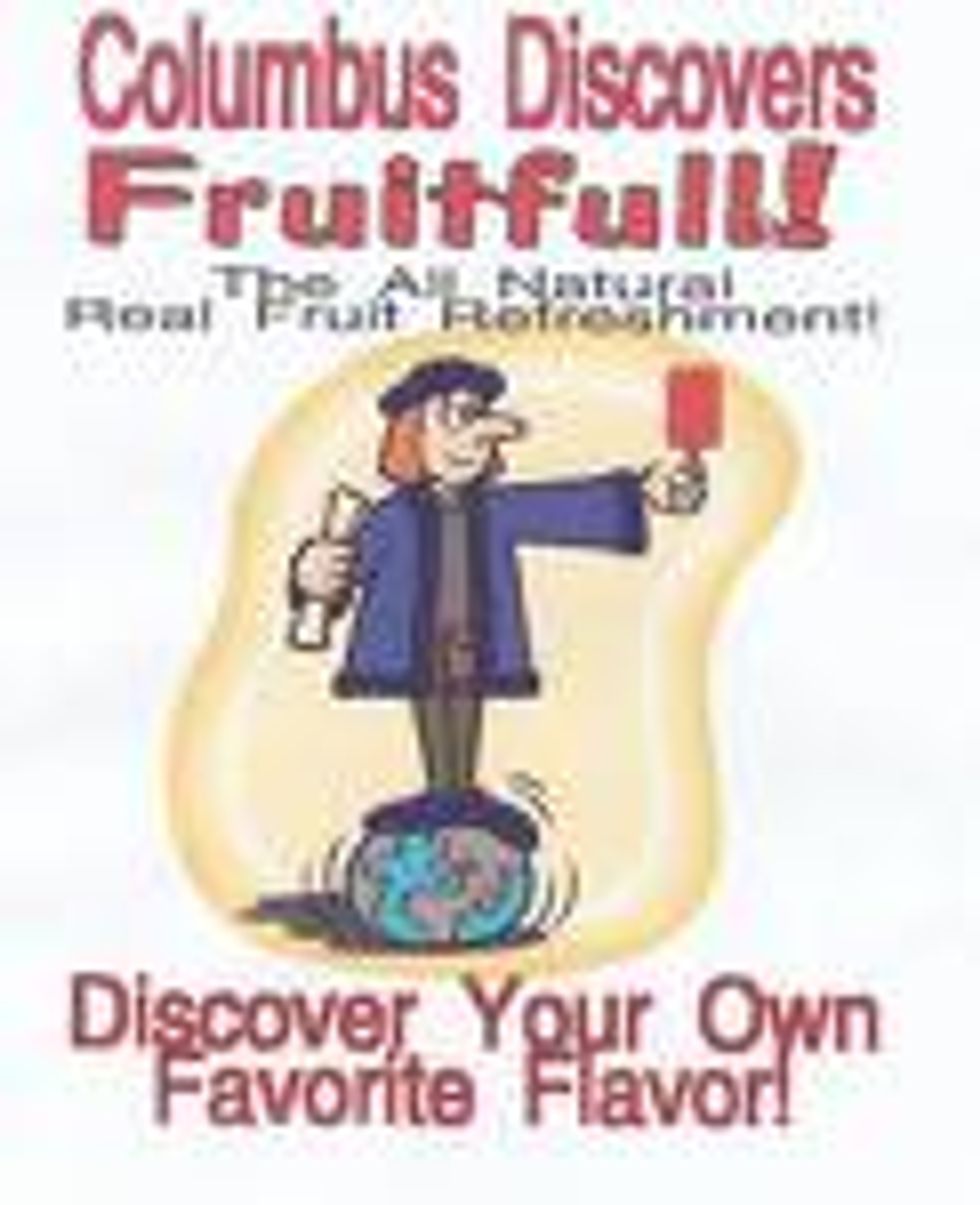 [A new annual Wonkette tradition starts today, to honor Columbus Day: re-posting this thing Editor Ken Layne wrote last year about history's greatest American, Christopher Columbus. It is the definitive historical account. You can read all of your comments from last year, and then make new comments! -- Ed. Jim]

Christopher Columbus, which means "Our Lord's Anus" in Portuguese, was a famous wingnut racist who didn't even know where he came from, but he was hired by a shadowy cabal of Spaniards and the Knights Templar to find an easier route to the emerging economies of Communist China, because the Islamo-Fascists had blown up the highway to Afghanistan!

Because "Cristóbal Colón" couldn't even do basic math, he "computed" that the world was about seven miles around. So if he sailed west across the Atlantic, surely he would end up in Hong Kong in like four days. Everyone thought this was a great idea, in Spain. So the Knights Templar loaded all of Jesus' mulatto children aboard Miss Maria's Ford Pinto and off they sailed on the world's first shitty Royal Caribbean Cruise. They landed in the beautiful Bahamas and gave all the locals syphilis, which is exactly what happens today at those "Sandals" all-inclusive resorts.

In October of 1500, he was arrested for constantly torturing everybody in the Haitian town he founded, Abu Ghraib.

Eventually, six weeks later, Franz Ferdinand let him out of prison and World War I began. Columbus spent his final crazy years writing a blog about how he was going to take Jerusalem back from the Iraqis.

So, no mail delivery today!