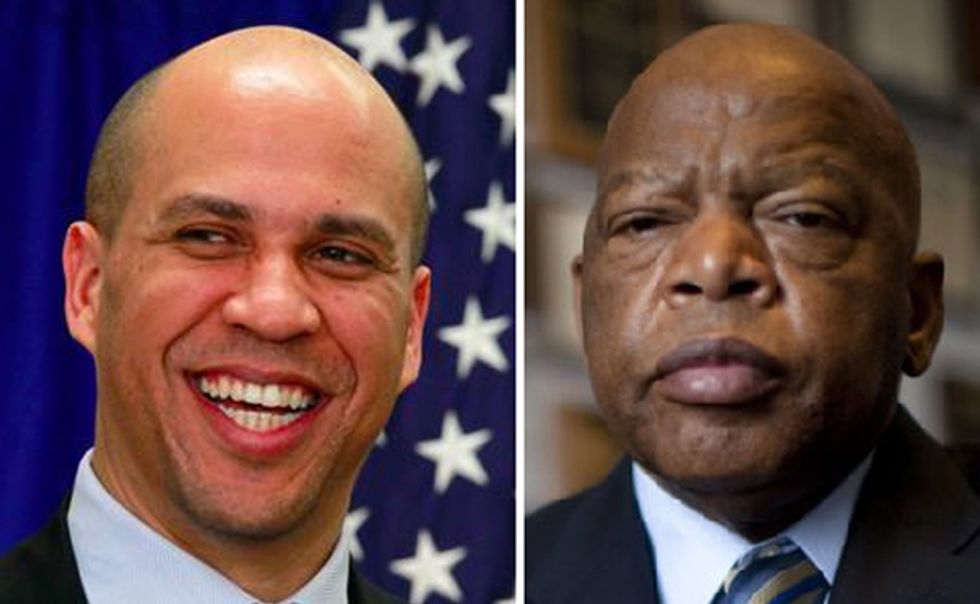 Ready to watch some history? For the first time ever, a sitting U.S. senator, New Jersey Democrat Cory Booker, is going to testify against the nomination of another sitting U.S. senator, Alabama's Jefferson Beauregard Sessions III. Then again, on this crazy news day, that may just barely make it into the top ten strangest happenings. But historic it is!

Booker's office said Monday that the Senate historian had been unable to find any previous instance of a sitting senator testifying against a fellow sitting senator nominated for a Cabinet position.

"He has a posture and a positioning that I think represent a real danger to our country," Booker said.

You know what else is historic? John Lewis, badass civil rights hero, will also be testifying against Sessions, questioning his commitment to civil rights.

UPDATE, HERE ARE THE VIDEOS! Here is Cory Booker:

And here is John Lewis!

.@repjohnlewis: "We need someone as Attorney General who is going to look out for all of us, and not just for some of us." #SessionsHearing pic.twitter.com/mp0rMJ54r3

Also of historical note: Yesterday, it was discovered that a letter written by Coretta Scott King opposing Sessions's 1986 appointment to a federal judgeship had not been entered into the official record by then-Judiciary Committee Chairman Strom Thurmond, the old racist. Maybe it was only an oversight (sure, you bet). That letter was obtained Tuesday by the Washington Post, and here it is, as scathing today as it was then: