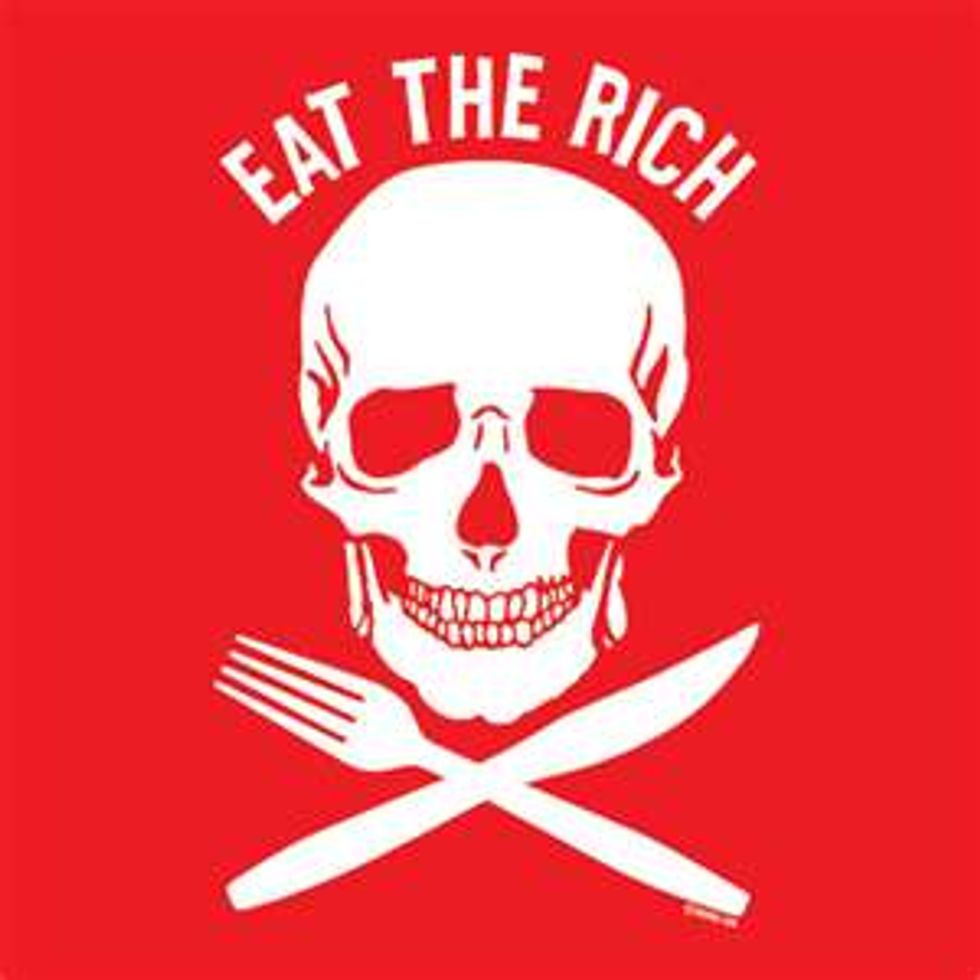 Hey 47%ers! Feeling frustrated with your shitty, under-paying, going nowhere faster than a tax bill in Congress career? (Haha, what's a "career"?) Just in case you were having a less than raged out rampagey day, The Institute for Policy Study has the perfect report to ease us all into giving in to giving up.

More than one-third of the nation's highest-paid CEOs from the past two decades led companies that were subsidized by American taxpayers, according to a report released Wednesday by the Institute for Policy Studies, a liberal think tank.

Financial bailouts offer just one example of how a significant number of America's CEO pay leaders owe much of their good fortune to America's taxpayers, reads the report. Government contracts offer another.

If we weren't so sure it was the useless poor kids gobbling up all that tax money for stupid food through the SNAP program who were the real burdens, we might think maybe some incredibly wealthy CEOs were gaming the system and wasting some real money to buy illegal condos in Florida. (Stupid bankster, didn't he know he was supposed to offshore his plunder in the Caymans? You can't abscond with US real estate!)

The other two-thirds of the CEOs who are not getting balls out crazy TARP bonuses for fucking up the banking system or contract-making airplanes that won't even bomb one single brown person? Not to worry. These IPS people have been nose-ing around in the business of CEOs since 1993, when sucker CEOs only made 195 times more than their "average" worker bee, compared to the much more satisfying, invisible hand up your ass, current ratio of 354 to 1. And the bullshit bumper-sticker, Mitt Romney theory of takers vs makers hypocrite hits just keep on coming. Along with the usual suspects of bank bailout fuckups and government contracting whores:

Even corporations that do not do business with the government or receive bailouts receive subsidies for CEO pay. All companies are currently able to deduct unlimited amounts in CEO pay from their federal tax bills, so long as the pay takes the form of "performance-based" compensation such as bonuses or stock payments.

We want all of our bonuses to be "performanced based" too! Especially since we are particularly terrible at our job and that is exactly the kind of performance for which these corporate raiders of tax money get paid the most. But that would maybe make watching all these dickbag corporate welfare queens getting chauffeured off in their welfare limos down the Long Island Expressway to their section-8 Hampton mansions a little easier? Or perhaps not really queens much per se, as there are only four women in the top 25 CEOs grifting the American tax payer. Hey ladies, what the fuck? We are sure there has got to be more of you who could be rewarded for some incompetence?

[huffingtonpost.com with a big ol H/T to chascates, our tip master terminator extraordinaire]