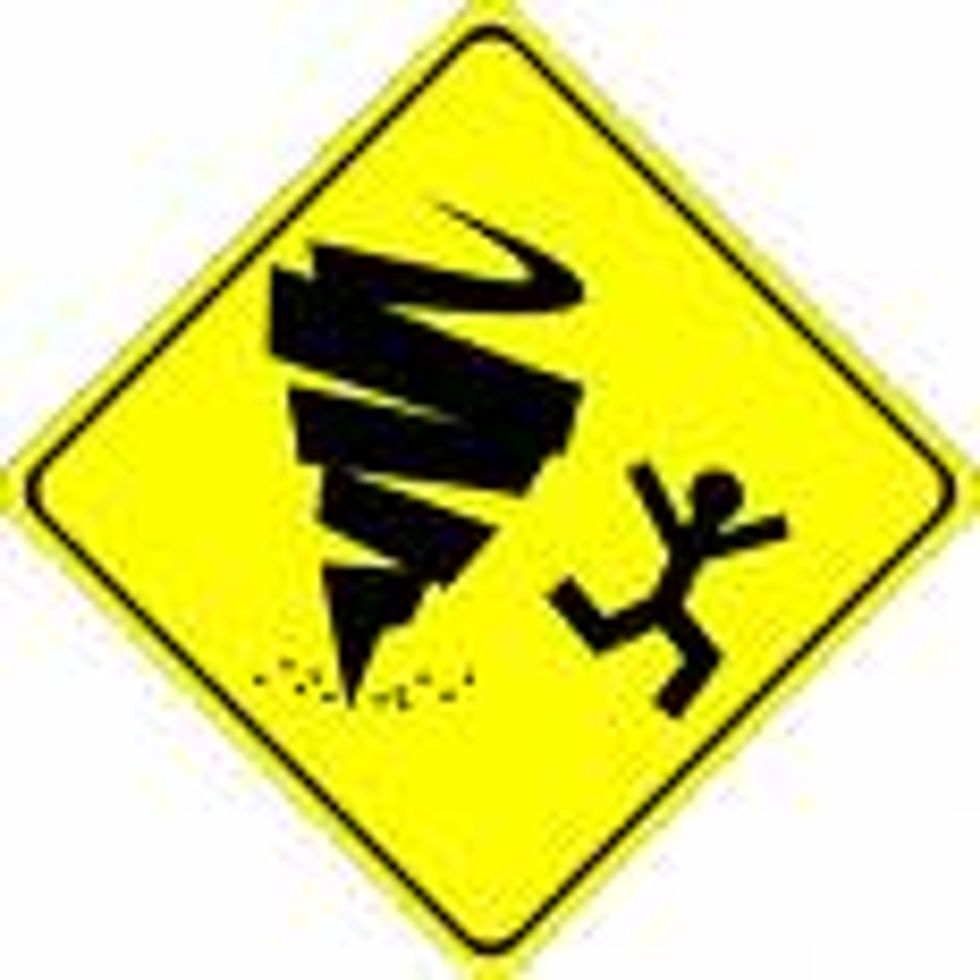 So we thought it was kind of funny that the local radio was filled with scary tornado reports instead of welcome messages to the DNC crowd. But it turns out that these tornadoes -- far from downtown Denver -- are the biggest story of the day! Also, the Democrats sort ofcaused these liberal death funnel clouds, because ... ah who knows, let's get back to James Carville's Katrina Party.

What does the National Press and International Media have to say about this minor weather event that didn't actually hurt anybody?