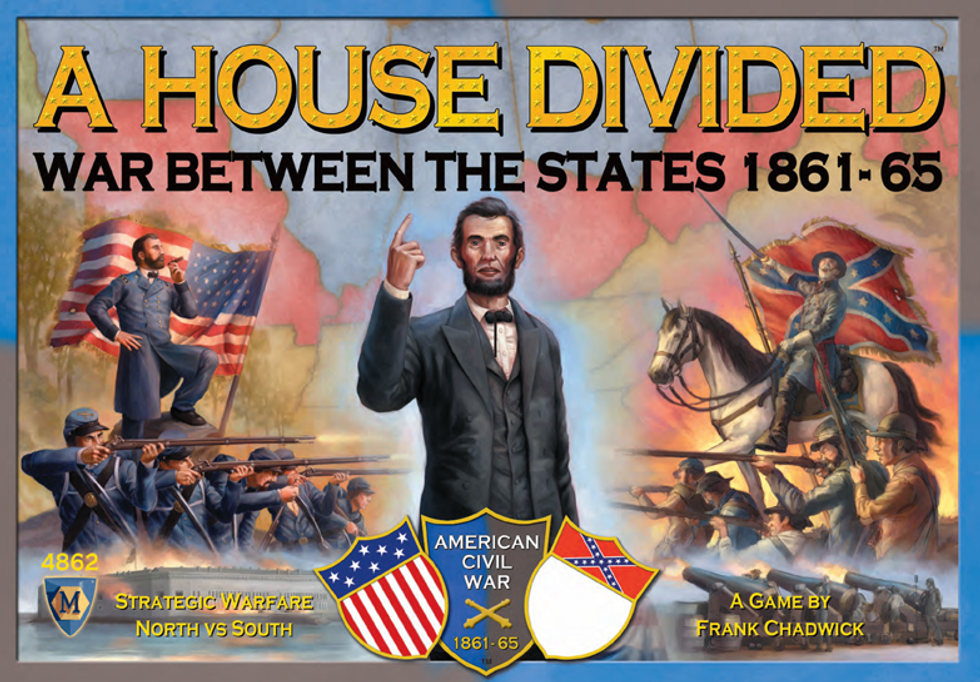 Somebody should tell that Lincoln guy it was two houses all along.

Thank goodness Donald Trump has done his part to get America's schoolchildren thinking about the question that nobody ever asks: Why did the Civil War happen? (Answer: Because Andrew Jackson didn't stop it.) So in her continuing mission of always sounding like that one Libertarian kid at the dorm party who'll stay up til three in the morning explaining why Disney cartoons are really about the Free Market, bloggeress Megan McArdle is doing some Serious Thinking about the Civil War and why the North invaded a foreign country to free the slaves:

So, a couple things here. First up, there's that characterization of the Confederacy, which set off Wonkette Alumnus Jesse Taylor, among others:

The past is another country -- the Confederacy was not. Or at least not a legitimate one if you want to move past wordplay. The whole point was that while the war was indeed caused by slavery, and the South's secession to preserve it, the immediate cause of the North's going to war was to preserve the Union -- as we are constantly reminded, of course, by people who insist slavery was incidental to why the war happened. Seriously, this is not really that hard. Apart from diehard abolitionists, few in the North were marching off to battle to free the slaves, but the South was definitely fighting to keep them. Also, several others in the thread said they seemed to remember something about the South attacking a fort, or Sumter like that.

McArdle thinks she's got that covered:

We're more than a little skeptical of the claim that nationalism and the desire to bring the rebels to heel was insufficient motivation for Union troops. It certainly played well in musical propaganda, after all. While "The Battle Cry of Freedom" does at least mention slavery, the refrain is all about Union and vanquishing Johnny Reb:

Down with the traitor, up with the star;

While we rally round the flag, boys, rally once again,

Shouting the battle cry of freedom!

We can only say Pffft! to the very notion that nationalism wasn't a big deal prior to the Civil War; Francis Scott Key seems to have done fairly well with a little poem that was just a bunch of questions during a fire, as Laurie Anderson put it. And McArdle herself, once someone asked her outright what she thought the real motivation for Union soldiers could have been, briefly set aside her initial claim that the North went to war out of altruism:

But then she was right back to wondering why it is that the North came to see slaves -- a group of outsiders -- as a valid reason for going to war.

Honestly, while the conversation is sort of interesting, it seems awfully divorced from contemporary accounts of the war. Lincoln famously -- or infamously -- said he'd allow slavery to continue if it would preserve the Union, which seems not to play much of a role in the rest of McArdle's Twitterpation.

Still, at least McArdle is willing to take an absolute moral stand against slavery, which is certainly admirable, however completely ahistorical it may be:

Oh, that Lincoln. Nice guy, but it's not like his opinion mattered. Still, it really makes you wonder:

Tariffs. It was all about tariffs. Discuss amongst yourselves.

Yr Wonkette loves a good argument. Please click the "Donate" linky below and we'll try not to wander into getting-hit-on-the-head lessons instead. Also, hi Jesse! We miss you!