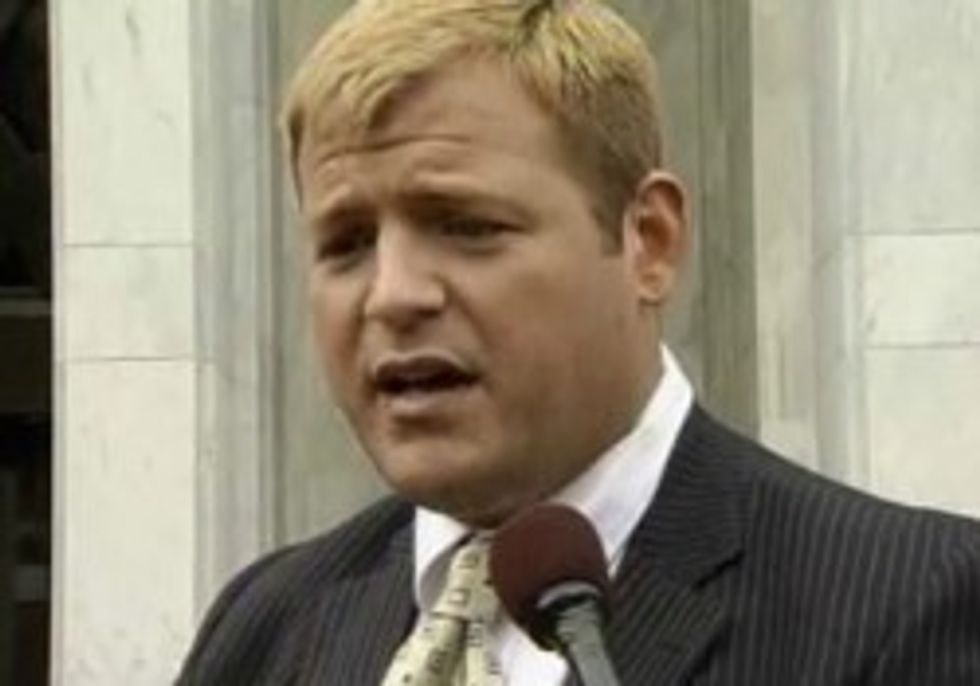 A couple of years back, Library of Congress employee Peter TerVeer liked a page on Facebook called 'Two Dads,' which, as you might gather, is intended to promote the gay and lesbian community. This had the effect of outing TerVeer to his boss and coworkers. Weeell, that didn't go so well, as TerVeer's boss, John Mech, began a lovely little campaign to show TerVeer the way of the Lord, so that he might not go to Hell, and also threw in a bunch of negative performance reviews, since TerVeer's interest in men and lack of interest in the Lord can so easily be construed as not doing his job properly. The harassment led TerVeer's therapist to recommend TerVeer take a leave of absence, which the Library of Congress agreed to. But when TerVeer returned to work 37 days later, he was fired for -- you know where this is going! -- "missing 37 consecutive days of work."

TerVeer has filed a claim with the Equal Employment Opportunity Complaints Office at the Library of Congress, and a decision will be made on his case in May, after which he can also take his case to the U.S. Equal Employment Opportunity Commission. Meanwhile, here is the crap that went down while TerVeer was still a management analyst at ye olde Library.

Terveer claims that once Mech found out he was gay, shortly after he publicly "liked" the Two Dads page, his "once-positive performance reviews turned negative...and his boss started making derogatory statements about his sexual orientation," per Terveer's lawyer.

ABC also obtained some of the e-mails that Terveer received from Mech. They contain wonderful words such as:

And this has to do with books and things how? Also:

Putting you closer to God is my effort to encourage you to save your worldly behinds!

"Your worldly behinds." How interesting! Mech also at one point called TerVeer to a "meeting" with the purpose of "educating him on hell and that it awaited him for being a homosexual."

The taxpayer dollars wasted so that this enterprising fellow could send these important Congressy e-mails about "old dusty books"! (Well, the Bible is one of those.) Mech needs to be awarded at a taxpayer-funded Las Vegas leadership conference immediately. Preferably with commemorative coins.

The Library of Congress will not release a statement on TerVeer's case specifically, but did say this:

Library of Congress employees, like all employees in the federal government, have protection against workplace discrimination under Title VII of the Civil Rights Act. Library employees who believe they have been subjected to discrimination may avail themselves of an internal administrative process to address their equal employment opportunity complaints.

Kay. Well, here's a nice thing, to go hopefully with the positive outcome of TerVeer's case, which we will be keeping an eye on: the Two Dads page now has a picture of Terveer as its banner.

[MSNBC via Edge on the Net]