Like Every Person In America Did This January, 'Stop Smiling' Visits DC 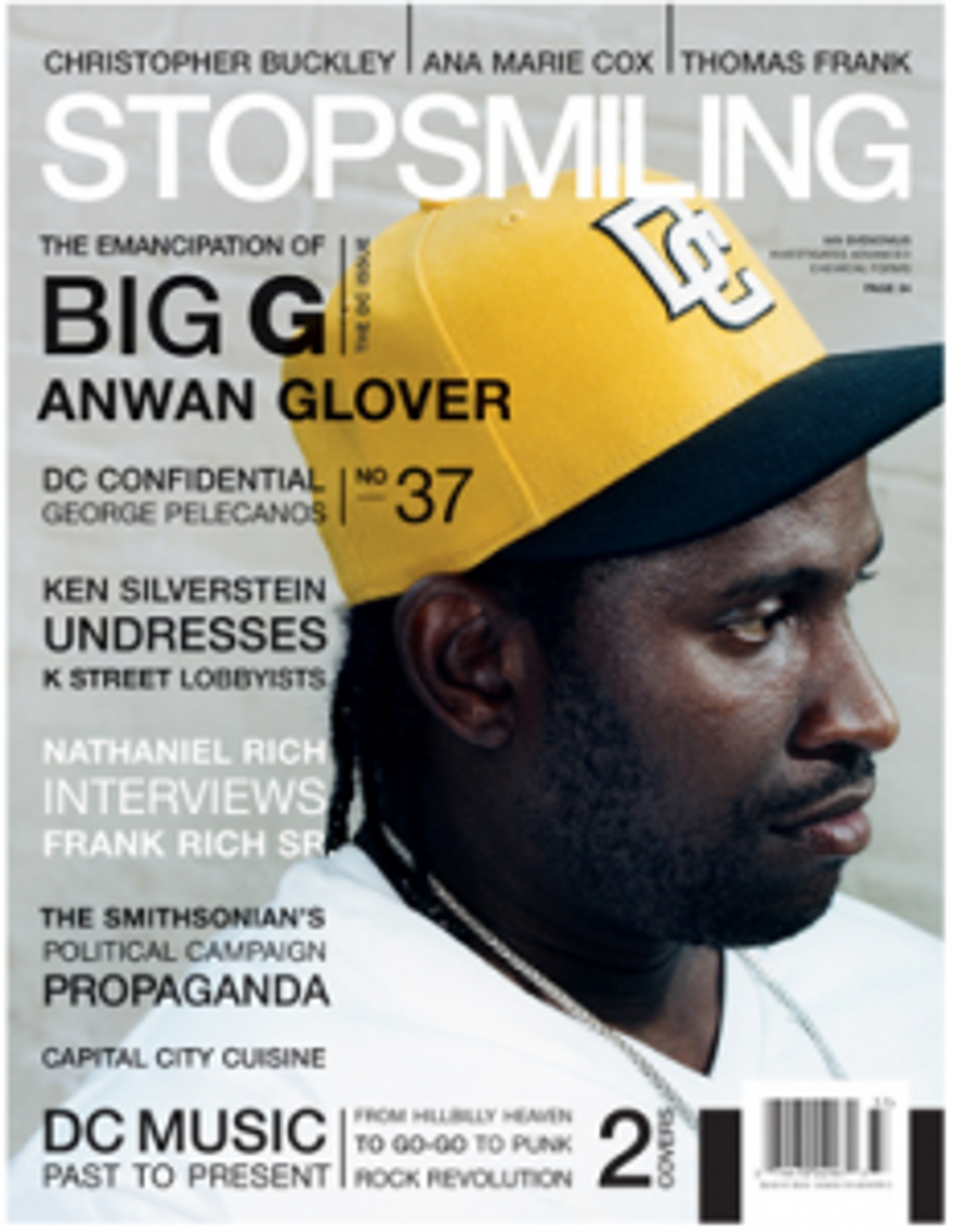 Hey welcome to this thing that's going to start happening on Thursdays! It's a special Friday edition of "Thursdays Are For Magazines," in which Wonkette will be reading a different political or DC magazine each week and reviewing its contents, in fun capsule-list form.

Let's start with Stop Smiling's DC issue, which features cover star Slim Charles from your favorite show The Wire. His actual name is Anwan Glover and he is from DC and has a radio show here and everything but we'll get to him in a second. First, Stop Smiling itself. It's a Chicago-based arts magazine of indeterminate publishing schedule that received a bit of attention a few years ago when Slate's weird libertarian Jack Shafer proclaimed, boldly and without prompting, that it was his "favorite magazine." Anyway, fast forward a few years, which brings us to today, to January something 2009, when Wonkette will be telling you what's worth reading in issue 37.

(Revelatory sidenote re: two pieces not really worth reading about famous DC institutions the New York-based celebrity sweatshop the Huffington Post and the Arlington-based crypto-Republican Politico: it's officially THE Politico, a startling fact of which your Wonkette intern was not previously aware.)