Lincoln Chafee Drops Out After Hillary Becomes President Of Benghazi 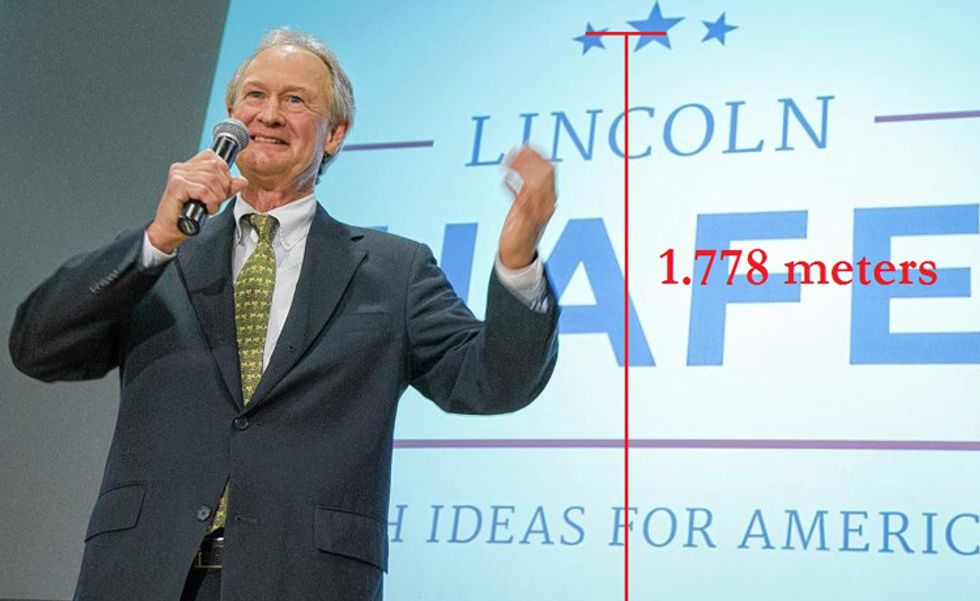 Two great ideas whose time will never come. OK, one.

Here's a story sure to knock Benghazi out of the headlines for the rest of the day: Lincoln Chafee has decided to drop out of the race for the Democratic presidential nomination. We're pretty sure he simply recognized Hillary Clinton had kicked everyone's ass in her Benghazi testimony Thursday, including his. Larry Lessig better watch his six.

After months of near-visibility, Chafee decided this wasn't his year to be burst into anyone's awareness. At least he can take some comfort from knowing he's obscure enough that his presidential run won't be mentioned in the early, easy rounds of bar trivia.

After making his announcement at the DNC's annual Women's Leadership Forum Friday, Chafee acknowledged that Clinton's strength as a candidate was one of the reasons he gave up, or maybe the other way around:

"Obviously it was a good week for Secretary Clinton," Chafee told reporters after his speech. "She did well in the debates and then Senator Webb got out, Vice President Biden declined to join the race, she did well in the Benghazi hearing and Gov. Chafee got out of the race."

And yes, he did refer to himself in the third person. Just another one of those charming (by which we mean weird) quirks of his, right up there with his passion for Making America Great Again with the metric system.

Chafee also made a reference to classical Greek comedy and called for peace, love and understanding, which is a real pain for satire because there's nothing funny about that stuff:

Farewell, Mr. Chafee. We'll always remember you, especially the next time somebody with no chance at all announces a bid for president. You've done a fine turn as 2015's Democratic Tim Pawlenzzzzzzzzz. And you made us think of Elvis Costello this morning, so that's good, too.

Elvis Costello -- now there's a first round trivia question. Everyone knows him.