Is Lindsey Graham Falling For Donald Trump In Spite Of Himself? 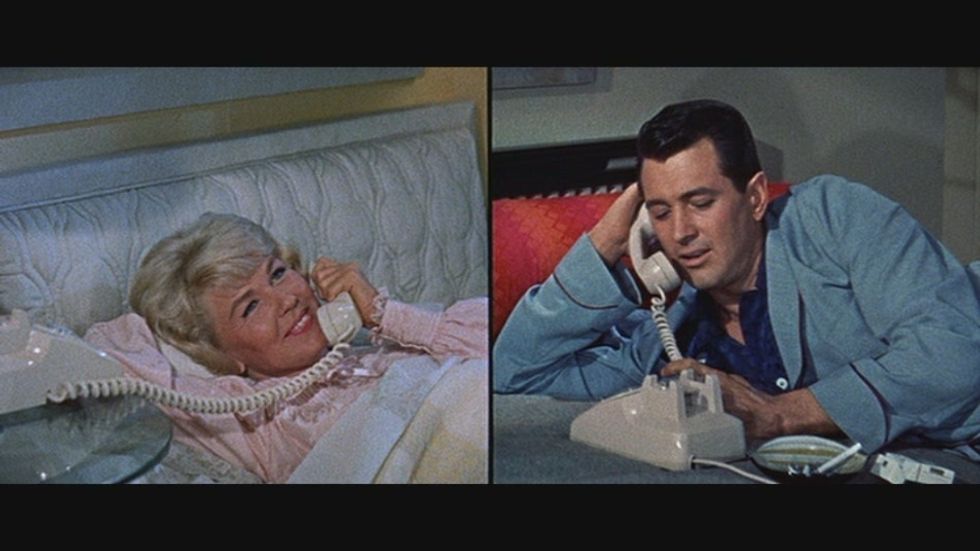 Coming to a theater near you, this summer! In a new romantic comedy written and directed by the disgruntled ghost of Nora Ephron, Hugh Grant plays Donald Drumpf, an egomaniacal, quasi-fascist womanizer running for President of the United States. Meg Ryan plays Lindsey Graham, a Southern belle with an acid tongue who does not suffer fools gladly. After they meet in a presidential debate at which Drumpf spills coffee all over Graham's new cravat and does not even apologize, tempers flare and a war is declared. But when they find themselves up against a common enemy, could true love be far behind?

This Sunday, at a private fundraising dinner in Florida, Graham reportedly urged donors to unite behind his former arch-nemesis in order to defeat the monstrous Hillary Clinton. In an interview with CNN, Teresa Dailey, a Republican fundraiser who attended the event, said "He did say that we need to get behind him." However, she also said that he would not formally endorse Trump himself, because it wouldn't necessarily help his campaign anyway. Either that or it would be very awkward after all the time Graham has spent calling Trump a "race-baiting, xenophobic, religious bigot" and saying that he would probably bring about another 9-11, for him to suddenly turn around and go "Changed my mind! A race-baiting, xenophobic religious bigot who will bring about another 9-11 is just what we need in this country!" One of the two!

Graham's spokesman Kevin Bishop affirmed that Graham had attended the event, but would not remark on whether or not he had held a boombox over his head and declared his undying love for the candidate, or had said that anyone needed to get behind him.

Also too, Graham told CNN last week that he'd been chatting on the phone with Donald Trump, who was maybe not so terrible after all. "My criticism has been wide and it's been deep, but we did have a good conversation. He asked good questions," he said, describing the interaction as a "cordial, pleasant phone conversation" in which they discussed national security, ISIS, and the slow but steady melting of Graham's cold, cold heart.

Graham isn't the only one -- the current RealClearPolitics polling average has Trump 0.2 points ahead of Clinton in their General Election polls, so basically the only thing that is NOT doomed is this beautiful budding love affair for the ages.