Little Girls Tried To Wear Leggings On A Plane, Till United Got All Up In Their Businesses 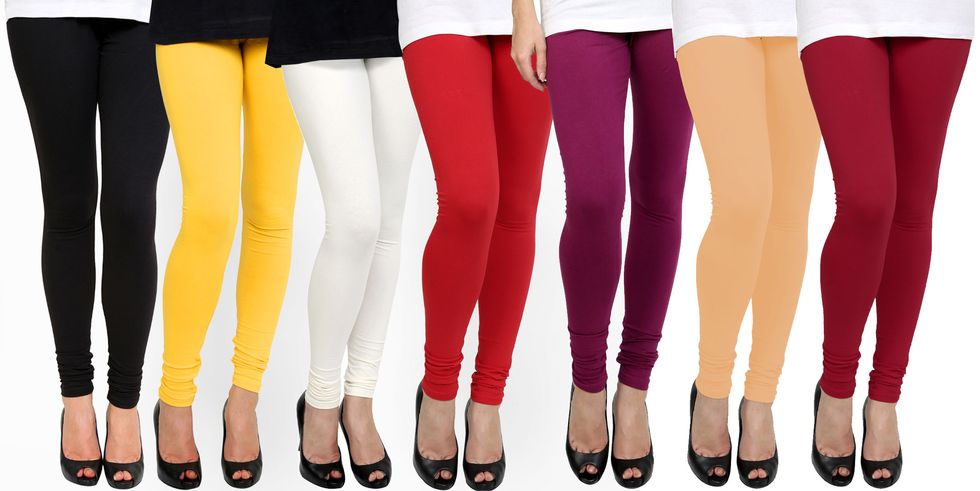 United Airlines found itself in a hot PR mess this weekend after barring some ten-year-old girls from flying because they were wearing leggings. Which was stupid, because what else are you supposed to wear on a plane?

The internet swiftly reacted, with several celebrities rightfully calling the airline dumb for doing that.

Although it is hard not to feel bad for the social media manager who was probably wearing leggings at that very moment, and was also probably very sad to have their first opportunity to interact with Levar Burton be tainted in that way.

Their defense has been that the girls were Pass travelers -- meaning that they got to fly for free or for a discount due to being related to a person who works for the airline, and that those customers have a special dress code. The thing is, literally no one, other than the people who check their tickets, would have any reason to know that. Or care. Most people don't even know that that's a thing to begin with! The only reason I even know is because I have a friend who works for Jet Blue. Literally no one at the airport was gonna go "Oh man, United! You're letting ten-year-olds fly on a pass wearing leggings? HAVE SOME STANDARDS!"

No, they were all too busy trying to get a drink and a quick trip to Hudson News for some snacks in before boarding. There was no reason for this.

Jonathan Guerin, a spokesperson for United, explained this policy to the New York Times:

Mr. Guerin said pass travelers are “representing” the company and as such are not allowed to wear Lycra and spandex leggings, tattered or ripped jeans, midriff shirts, flip-flops or any article of clothing that shows their undergarments.

“It’s not that we want our standby travelers to come in wearing a suit and tie or that sort of thing,” he said. “We want people to be comfortable when they travel as long as it’s neat and in good taste for that environment.”

I am going to take a guess here and figure that the ten-year-olds in question were just wearing normal leggings, as one would, and were not exactly trying to board the plane dressed like the Gorgeous Ladies of Wrestling. According to Shannon Watts, who witnessed the event, the girls were appropriately covered up (we asked if they were just "crotching out" all over the place! she said no!). And even if they were not -- hey, they're ten years old, so cool your jets. Normal leggings are 100% appropriate here -- if not explicitly necessary, because planes are uncomfortable as hell. Everyone wears leggings on planes. Even fancy model type people like Gigi Hadid.

As a model, I would imagine that Gigi Hadid knows more about fashion than Jonathan from United Airlines PR. So there!

United is now scrambling and scrambling trying to assure customers they can wear leggings on their planes, even issuing a press release to tell them that their "leggings are welcome." Because they know full well that a leggings ban would have dire consequences for their business.

I think we should all agree that leggings should be "welcome" for anyone who flies in a plane, whether they are a "regular customer" or not. The fact that these clothing restrictions are just for Pass travelers does not make them any less ridiculous. I say this as someone who once walked out of a job at Applebee's after being told by her manager that her plain black headband could be interpreted as a gang symbol, and also got in trouble at another job for wearing one of those bra strap headbands that were a thing in the '90s and accused by a 50-year-old man of wearing underwear on her head.