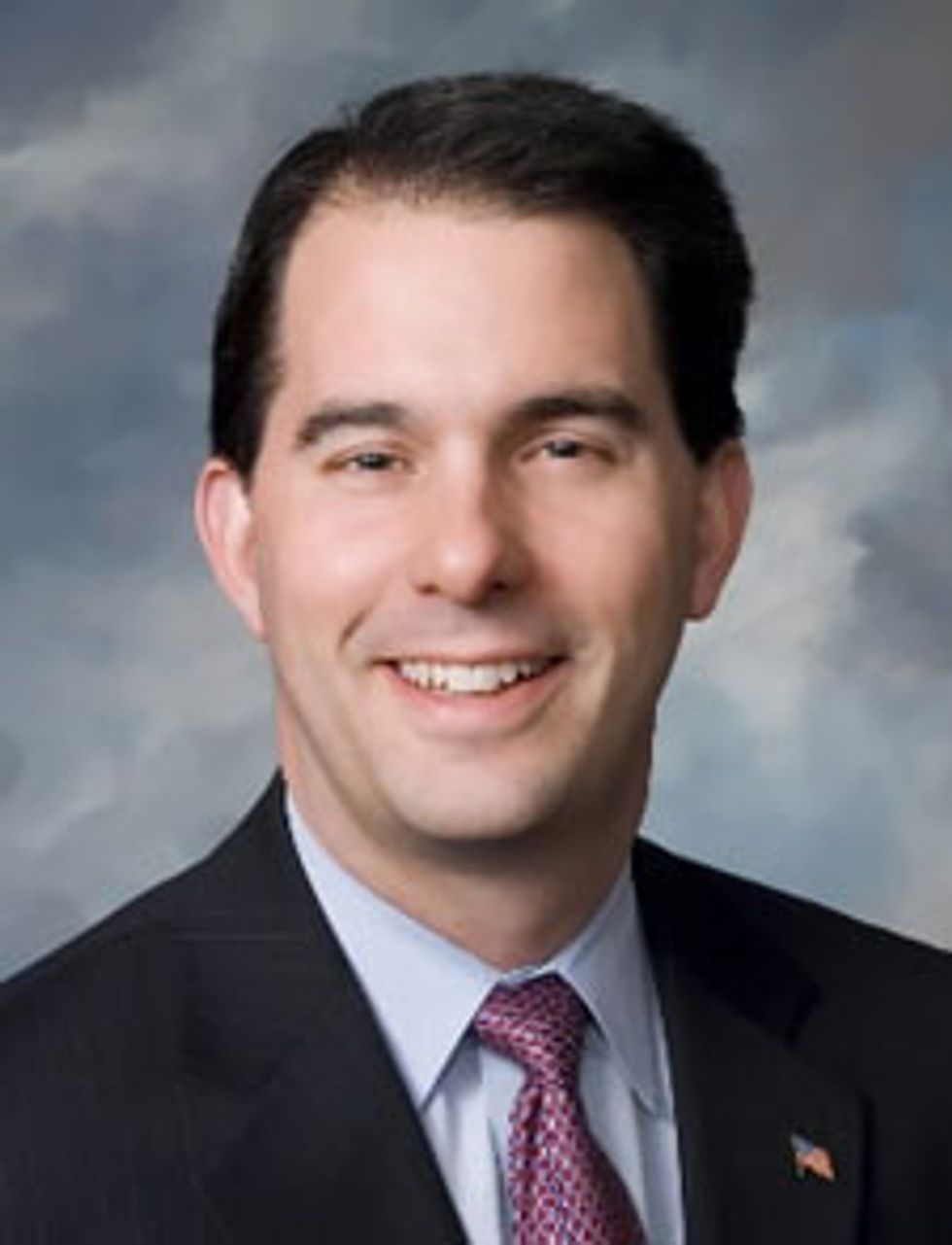 Hello, it is almost time for your live-bloog of the tellyvision to begin, where we will sit and watch it for the next three hours or so and all tear our hair at the same time shrieking WHERE IS WAUKESHA? (It is in Wisconsin, idiot. Everybody knows that.) No no no, WHERE ARE THE WAUKESHA VOTES? Oh right, they are in Kathy Nickolaus's toolshed, behind the Miracle-Gro. FOR SAFETY you guys, leave Kathy Nickolaus alone!

Anyhoo, get your beverages. Your Wonkette is out of beer and wine, and the rest of her liquor bottles have one half inch of EXTREMELY SUSPICIOUSLY watery-looking liquor in the bottom of each. (Teen kid.) But there is one new bottle of Stoli, ice, and limes. See you on the flip side.

8:05 PM -- This nice lady on The Ed Schultz Show is explaining that 119 % turnout is actually not a Chicago/ACORN joke, it is a possible true number, due to same-day registration. That is a good clarification to know! (GOOD FOR CHICAGO UNION THUGZ.)

5:14 PM -- Once you are done reading Charles P. Pierce, on kid troubles at the polls over at Esquire, YOU COME RIGHT BACK HERE. No lollygagging around reading the rest of his brilliances! You get home!

"This is what I did," she told the guy from the election board, who was sitting on a window sill, while an observer from the state Democratic party looked on. "I took the turnout from 2008 and 2010 and I averaged them, and I ordered 1100 ballots for 203. They sent me 700. And I'm also thinking that my own estimate was low. So, I sent something I thought was low, and they didn't even send me that many. The rest of them are back in the warehouse. Now, I'm thinking there's going to be a rush at about five o'clock when people get out of work, and they're telling me to call them when I get down to 100 ballots left. I'm going to call them when I have 200 ballots left, just to make sure there's enough time for them to get here."

8:31 PM -- Some person on twitterz reminds us of this greatness, dedicated to all the ACORN Thugz.

8:40 PM -- This ancient person on The Ed Show tells us that Wisconsin was the first state, in 1959, to allow public unions to bargain collectively. #learning

9:01 PM -- The polls are totally not closing any time soon, so your Editrix will tell you a tragic tale of woe. (The Stoli is kicking in, we are pretty sure.) Once, in a small seaside California town, there was SUCH A CLOSE ELECTION. It was for County Supervisor. And one guy was a dick, and the other guy was an awesome veterinarian Mr. Cool Guy. And it was so close that there were a million recounts, and it came down to the provisional ballots (which you cast when for some reason they lost your name at the precinct.) Well! The county had fucked up the precincts on the sample ballots -- the county had -- and when people called the county registrar they were told to vote provisionally, and they did, and then they came to court and testified about all of it, and the judge, a Reagan appointee, ruled that the onus was on them to figure out their proper precincts EVEN THOUGH EVEN THE FUCKING COUNTY REGISTRAR WASN'T SURE, and invalidated all their ballots and Mr. Cool Guy Awesome Veterinarian lost, and the dick Republican won.

9:10 PM -- Your Kirsten Boyd Johnston sends you this, because she loves you.

CNN and Fox News both have a presence on the Capitol Square. Fox News' setup has police protection, while CNN's does not. #wirecall