Liveblogging Hillary's Big City Speech, Where She Will Not Quit 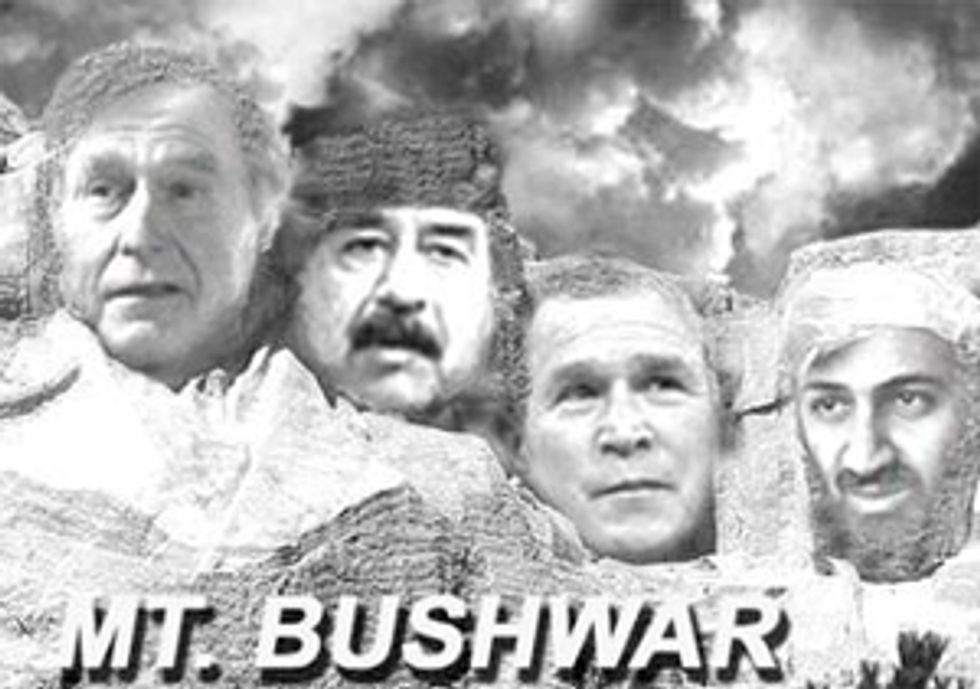 Well first and foremost a big fist-bump to old Hillary Clinton, who has won the great state of South Dakota, her 50th state victory of the season, and now she leads Obama by 20 million popular votes and infinity delegates. Why are the media and its blacks trying to push her out of the race, knowing this? Let's see what Hillary has to say about her Pyrrhic Victory, and beyond.

9:30 -- Ha ha, Terry McAuliffe just introduced Hillary Clinton, and then nothing happened, and he walked off and it was silent. Oh look, Hillary and Bill, coming out together. Bill is taking the lead, because he still thinks he is Governor of America.

9:33 -- Barack Obama is nice, she says, for making people care about politics. Like they did in the '90s, with the economy being so huge and the safety and the Clintons. Go Clintons!

9:35 -- Ha ha OK maybe we shouldn't laugh, because of Sexism, but the first group she thanks is "wonderful women in their 90s" who couldn't vote until Hillary ran.

9:39 -- "Every vote was a prayer for your country." Ken Layne writes, "I never even hated REAGAN like this."

9:40 -- Whoa whoa whoa, shellshock! She's talking about issues for the first time in 20 years, and four debates. What did she thinks about those, the various issues? Oh, independent energy, to save Earth, her adopted planet. Getting health care to the earthlings. She has seen, through her alien goggles, the humans that do not have Insurance. She will get them this "Insurance" they crave.

9:42 -- She is very certain that her supporters have been "invisible." Well sometimes, Hillary, the whiteness blends in with the clouds? If you're looking from a certain angle? We don't know, at all, what the hell she is saying.

9:44 -- She says she's been saving America's Health Care for 16 years, ever since that horrible episode in American history when she personally ruined any chance of reform for 16 years.

9:47 -- She is talking about old dying humans giving her roses when she visits them in the hospital, where they are dying.

9:49 -- She says, directly, that she will not be making any Decisions about the future today, the day that she has mathematically, incontrovertibly lost the election. Then she begs for Internet money.

9:51 -- She's making up an anecdote from yesterday, about a gal who's working three jobs and has no health insurance. Hillary calls this shameful. That she's not working four jobs.

9:53 -- Well, she's done. It seems pretty obvious that she's using her leverage to force Obama to let her take over health care reform. Go for it, killer.