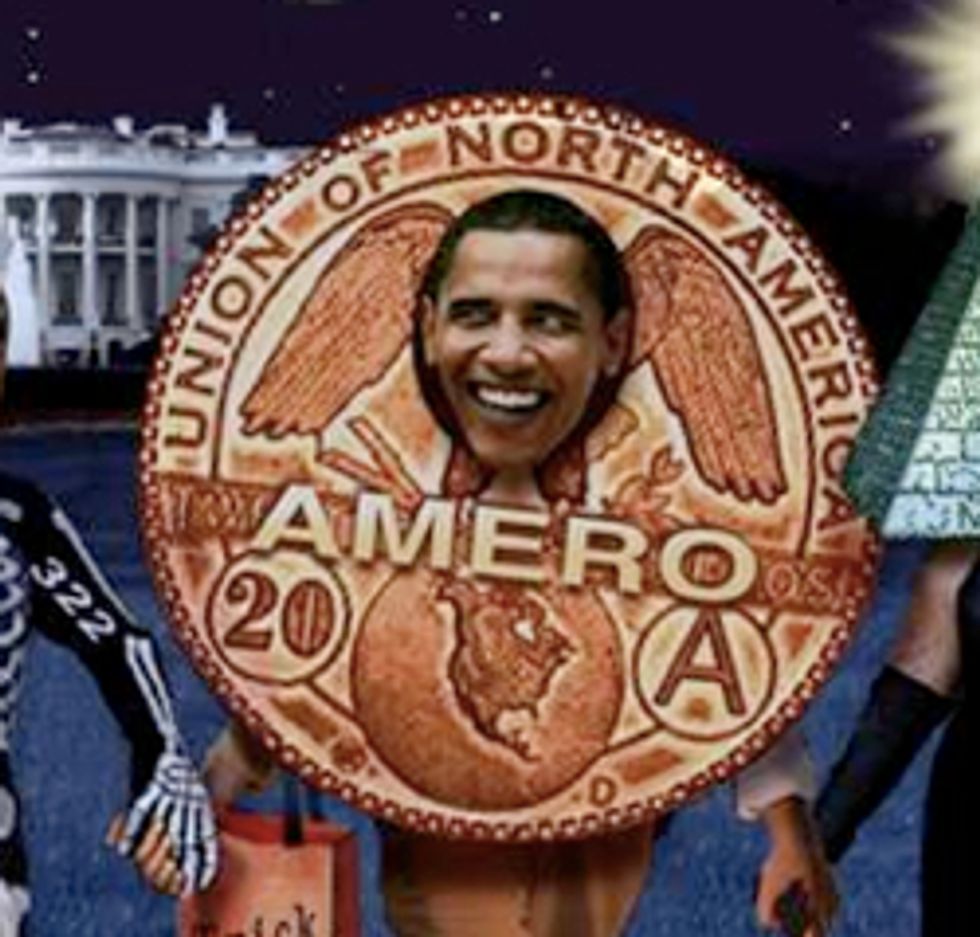 Whoops you must keep an eye on this frisky new Preznet of ours, because every time you turn your back on him he's sneaking off to deliver another speech on the economy. So we come to this onein medias res, because that makes it more exciting and suspenseful.

11:48 AM: He is explaining again how the economy ruined itself, which is by everybody losing their collective minds and acting like a bunch of greedy children who could not do math.

11:50 AM: Spiral of frozen credit, collapsing values, etc. Kind of weird to think that this is still new information to anybody.

11:52 AM: Dire times call for dramatic measures; problems with demand require massive gov't injections of munnies, and so on. Is this irresponsible government spending? Sure, if you secretly want America to FAIL.

11:54 AM: This speech is completely fraudulent, because Obama is very obviously reading from a teleprompter. Why can our president not give an extemporaneous speech full of statistics and facts?

11:55 AM: "TARP's not popular." Why are they not showing the Dow at the bottom of the screen, to show how negatively the markets are reacting to Obama's latest Debbie Downer speech?

11:56 AM: If you do not give these dumb bankers everything they want, you will suffer YEARS of recession. "A dollar of capital in banks can translate to 8 or 10 dollars of loans to families and businesses." Yes, because banks are completely overleveraged!

11:58 AM: Hmm. Obama says he's not being soft on banks; he's just trying to behave in a way that doesn't undermine confidence. Thus, the quiet takeover of banks instead of the very public and loud takeover of banks. "Nobody is more frustrated than me with AIG. I promise." Nervous laughs from the audience.

12:00 PM: So basically, as with the campaign, he lets the debate simmer for a while before he steps in and says, "I am very disappointed with you children behaving childishly; here is my serious and reasonable opinion, now shut up already."

12:02 PM: Oh yeah remember that time he went to the G20 and everybody loved him but nobody wanted to help him out with Gitmo detainees or economic stimulus or anything else? Good times.

12:03 PM: OK that is a pretty impressive list of programs and initiatives he's introduced in his first three months on the job. Plus he got a dog!

12:05 PM: "2009 will continue to be a difficult year for the American economy." Annnd Wall Street PUNISHES him with a devastating drop in the Dow, no doubt, for making this obvious point.

12:07 PM: It is not sustainable for economic gains to be built on falsely overinflated assets, where people make a living by selling money to each other, says the president. Whaaaa?

12:08 PM: Brief silence as he wipes his nose, with his hand. Now onto the Sermon on the Mount: we must build our house upon Iraq, meaning, a rock. Five pillars of the (MUSLIN???) economy: one thing, and another thing, and investments in renewable energy, and new investments in healthcare, and new savings in our budget to reduce the debt of future generations.

12:10 PM: Ah. The first thing is new rules and regulations for those weasels in banking.

12:11 PM: And second, better education. Even Georgetown students will be able to enjoy the benefits of education!