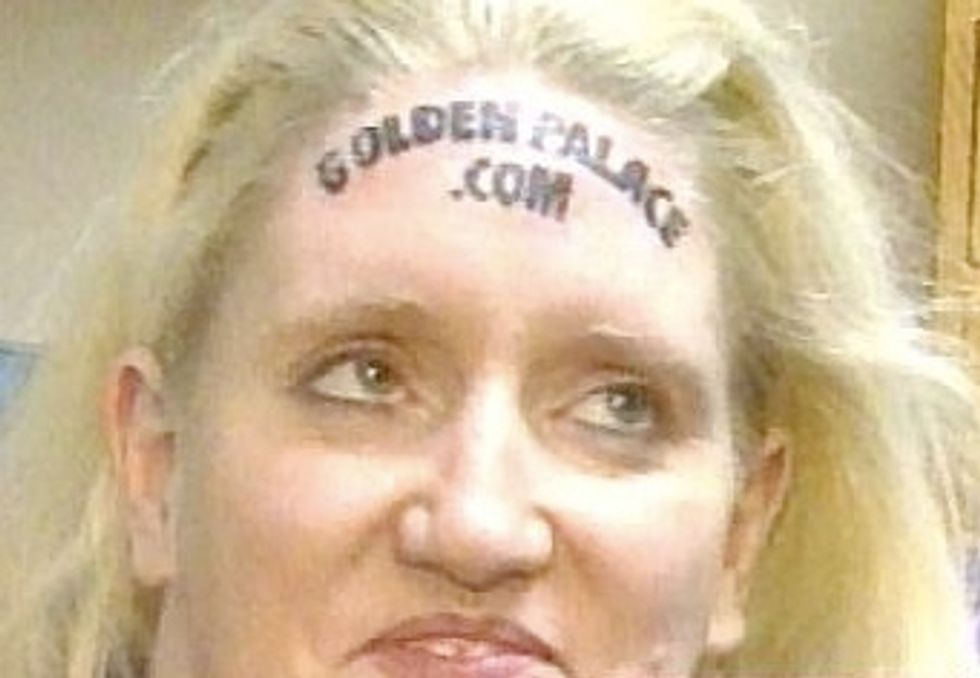 The only question we have for this latest batch of states is: will Maryland stay in the Democratic column? What? Exactly. Now let's watch the CNN people eagerly discuss how there will not be projections re: Florida or Pennsylvania for another FIVE AND A HALF YEARS. Roland Martin probably has an interesting take on this!

8:02 -- Ha ha, the old CNN guy is "shocked" to see that McCain won 71% of white voters in South Carolina. Apparently he has never been to the United States of America.

8:04 -- As we just updated above the jump, the liberal media establishment MSNBC, a subset of the communist "NBC News" has called Pennsylvania for Obama. They are probably wrong, because NBC News literally fucks these early projections up every year. If it holds though, then... wait, no, NO CHAMPAGNE.

8:06 -- John King draws these green lines across Florida on his fancy digital map. It looks like he is trying to slice a penis in half. This is a terrible sign for Ralph Nader.

8:08 -- We do not every want to look at pictures of dumb Indiana counties every again. John King says, though, that McCain is underperforming Bush2004 in all of the red counties. This is going to be such an anticlimactic close, and thank God. This monstrous election needs a soft landing, to prevent global self-implosion.

8:12 -- Dana Bash is at the Phoenix hotel that will host the McCain rally. Deadly schoolchidren are singing gothic German funeral rites in the background.

8:15 -- CNN cuts to commercial... or is it a hologram of them cutting to commercial? This is a real Pandora's Box they've opened tonight.

8:22 -- Axelrod: "Oh yeah Barry misses his grandma too... Did I mention that we're winning the shit out of this election?"

8:24 -- Fine, we give up -- CNN is officially too boring to watch. Surely MSNBC will be better?? Oh, GREAT, it's just dumb David Gregory and... Ann Curry? Ha ha, everyone has been fired from this shameful network. Let's keep watching it.

8:26 -- David Gregory asks Eugene Robinson, who is black, what he thinks about black people. Everyone at the table laughs, and a commercial. So many commercials. It seems so... empty tonight.

8:28 -- Hey everyone, we have a special treat for you in our 8:30 liveblog. Presenting, for the first time ever -- THIS HAS NEVER BEEN DONE BEFORE ON THE INTERNET -- your liveblog will be written by... A HOLOGRAM OF KEN LAYNE. Just kidding. The next liveblogger will be Intern Juli, in her Wonkette liveblogging debut! So go check that out and be nice to her while the editors chug rum for a few minutes.