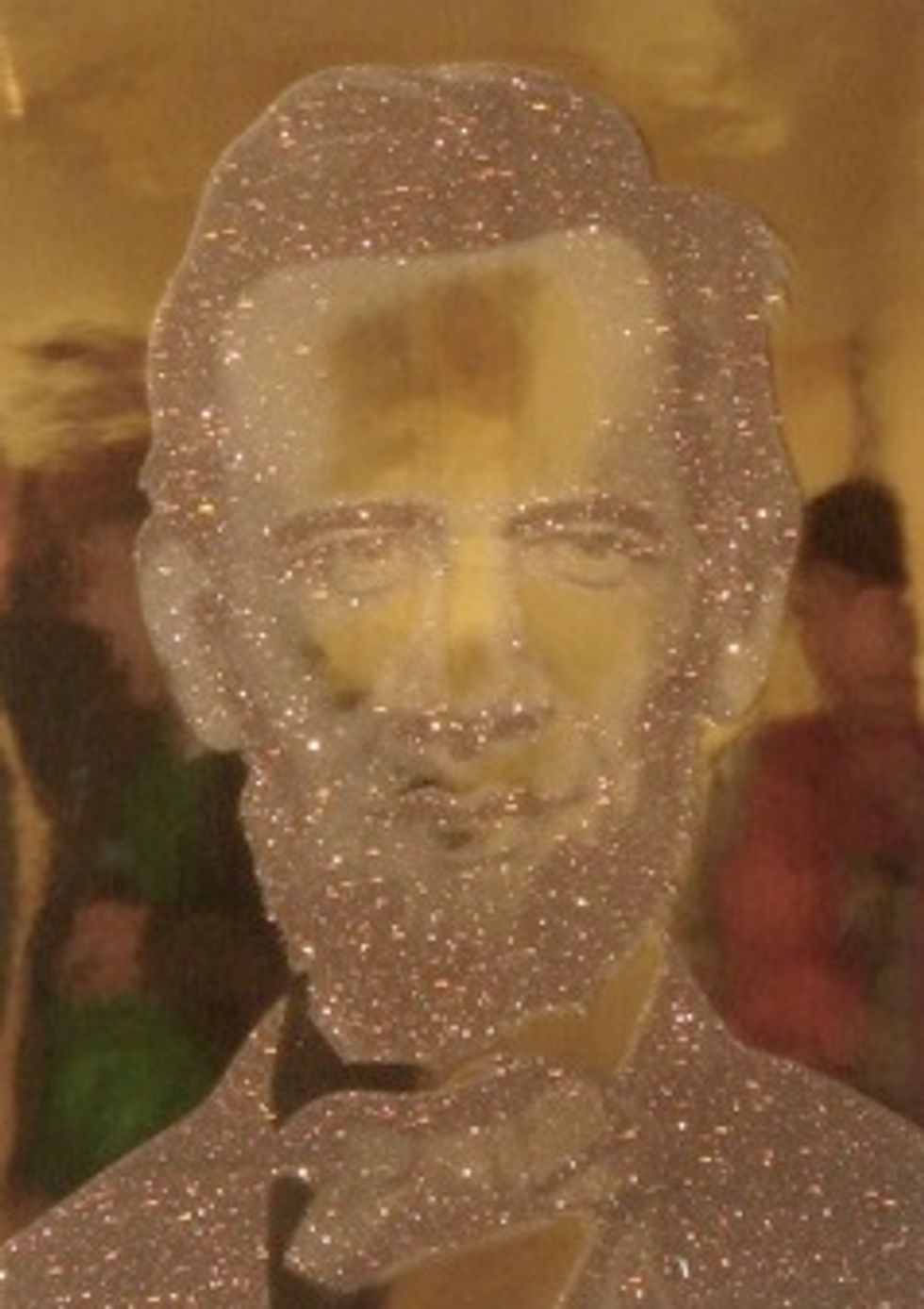 Hey it's Abraham Lincoln's birthday on Thursday, so Barack Obama is giving a commemorative primetime news conference right now! (Hewould do it on Thursday, but that would preempt Survivor. It's never too early to ruin one's reelection chances.) Here's Ken's "pre-game blog," but now let's see what the man himself has to say. Will he promise us all gold, like Ron Paul did?

8:00 -- This will be about 10 minutes of Obama talky and then FORTY-FIVE minutes of questions. How courageous of Obama! Usually these things are held at like 10 a.m., so no one can watch them.

8:02 -- He says the teevees there tell people where to find the local food banks, which are empty. Elkhart is insane!

8:04 -- He says if someone is still in denial about this economic crisis, they are probably employed, and don't count.

8:05 -- The plan would give money to people who would spend it immediately. They are called "poors."

8:10 -- JenLove: "What is money, what are you talking about, who are you (wasn't Hillary supposed to have this job??) and why do you keep talking smack about the economy behind its back?"

8:11 -- Obama: Jennifer. No. You're kind of dumb. Have you heard of Japan? Little island nation in China? Well they had these same problems in the '90s and now look.

8:12 -- He mentions that the stimulus package should be passed, to prevent rabid Wolf-Dogs from inheriting the Earth and issuing "scrip." This happened in the Great Depression. You don't want to know.

8:13 -- He seems intent on explaining a high school textbook version of 20th century American History. It's very interesting. We'll have to google this "1930s" thing he says was so bad.

8:14 -- "Also, all economists agree with me. They are called economists because it is literally their profession to study the economy."

8:15 -- Christ man, maybe just send the rest of this information to the AP reporter in an e-mail?

8:16 -- "I'd like to shift this to foreign policy." WHAAAAAAA? Does Karen Boner know *why* this press conference is being held?

8:17 -- She asks about the situation with Iranian leaders. WHO? Do we have problems with them still? We thought they were just a country John McCain made up during the election, while on Ambien.

8:19 -- He's got to be excited with this question. Why else would he call on Karen Boner! He can repeat campaign points about Iran for like five minutes. Anything to avoid talking about MUNNIE.

8:20 -- A CBS fellow has to ask a question. Ha he is sitting next to Helen Thomas. Who knew she got invited to the fancy nighttime press conferences?

8:22 -- The real answer here is, "Why do you care?" But Obama says he would love to work with everyone in Congress. Also, he adds, everyone is Congress is basically useless.

8:23 -- Some people in Congress oppose the stimulus, he says, because of their principles. He promises to keep Gitmo open just for these people.

8:24 -- Then there are the CHILDREN, who only oppose the package because it is "pork," or a "waste," or Soviet Communism. What is wrong with them? CBS guy, WHAT IS WRONG WITH THEM?

8:25 -- Oh here we go. He is furious. This is good. He is going on tangents now. "Did I mention that we have the most inefficient health care system??" And have you seen what young women wear on teevee shows these days?

8:26 -- And have you heard about this old schoolbuilding in South Carolina? It's falling down!

8:29 -- No! Chuck Todd asks instead, is it insane that we are forcing consumers to buy stuff in order to save the economy when excessive consumer spending was the problem in the first place? OH CHUCK TODD... you and your... silly... fundamental, perfect and spot-on questions.

8:30 -- Obama: NO IT WAS WALL STREET. You raise a good point, and we should restructure our economy, but look... we gotta fix this thing. Look.

8:32 -- "There's no such thing as a free lunch." He's just throwing around arbitrary colloquialisms now.