Liveblogging Whatever States Are Having These Primaries, Part IV 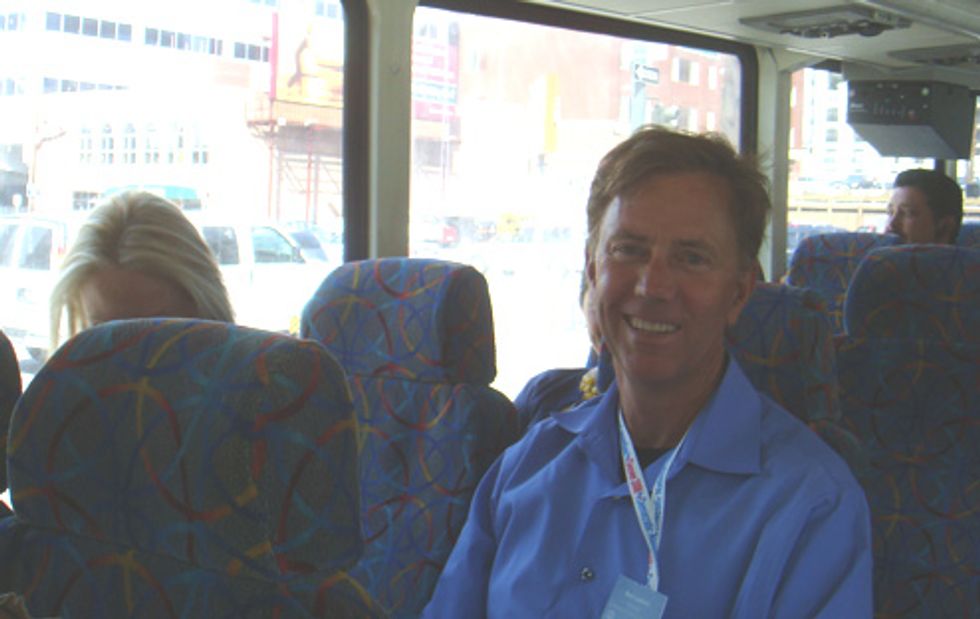 Can you feel the pulsing excitement? It is a primary night, one of only sixty or so Primary Tuesdays this year, so far. Anderson Cooper has a special report on the Jet Blue flight attendant who just HAD IT with his job/people/etc., and Fox News has Bill O'Reilly talking about, uh, Rudy Giuliani? With some news anchor gals with the blonde helmet hair? Only your Wonkette is following these election things, along with the famous warblog The Politico and maybe a part of the Rachel Maddow show (which is a repeat from earlier today?), and the Nation's Great Journalistic Institutions (local newspaper websites) are, as usual, "taking the night off." So who will make up the Conventional Wisdom so Slate will have something to counter-intuitively write about next week? Let's liveblog the final slog with special guests in the form of "whatever the hell people are saying on Twitter, about the elections."

12:11 AM -- Speaking of, this New Yorker piece about the "Ground Zero Terror Mosque-Disco" is actually worth reading even if you don't want to hear another word about this nutbag white trash crusade against some people in a big liberal city full of gay foreign liberals.

12:34 AM -- And this is one of those very rare occasions when we're glad nobody's really reading the Wonkette.

12:40 AM -- Can we go back in time and remember, together, how Andrew Romanoff was/is a jackass?

12:44 AM -- Because if there was a Sleazebag Story in the 2010 Colorado primary season to beat all the rest, it was this Romanoff dude.

12:50 AM -- Ned, as you may recall, was our Blog Hero several years ago, when he bravely ran against rancid old maid Joe Lieberman. And then Lieberman won, anyway, as an "Independent." And then your Wonkette rode around on a bus with Lamont, exactly as foretold in Tom Wolfe's The Electric Kool-Aid Acid Test, and now Ned has lost again, in his bid to become governor of that tragic state, Connecticut.

12:55 AM -- "Liberal favorites fall as Ga. waits," says the Politico, which tried to have chat-roulette sexytime with our work computer in the middle of liveblogging. Come on, Mike Allen, learn some basic manners. (Sexytime is *after* the primary.)

12:56 AM -- Ugh, that albino marionette Hugh Hewitt is on the CNN repeat for some reason. Did the RedState wingnut hurt his back shooting at census workers or whatever?