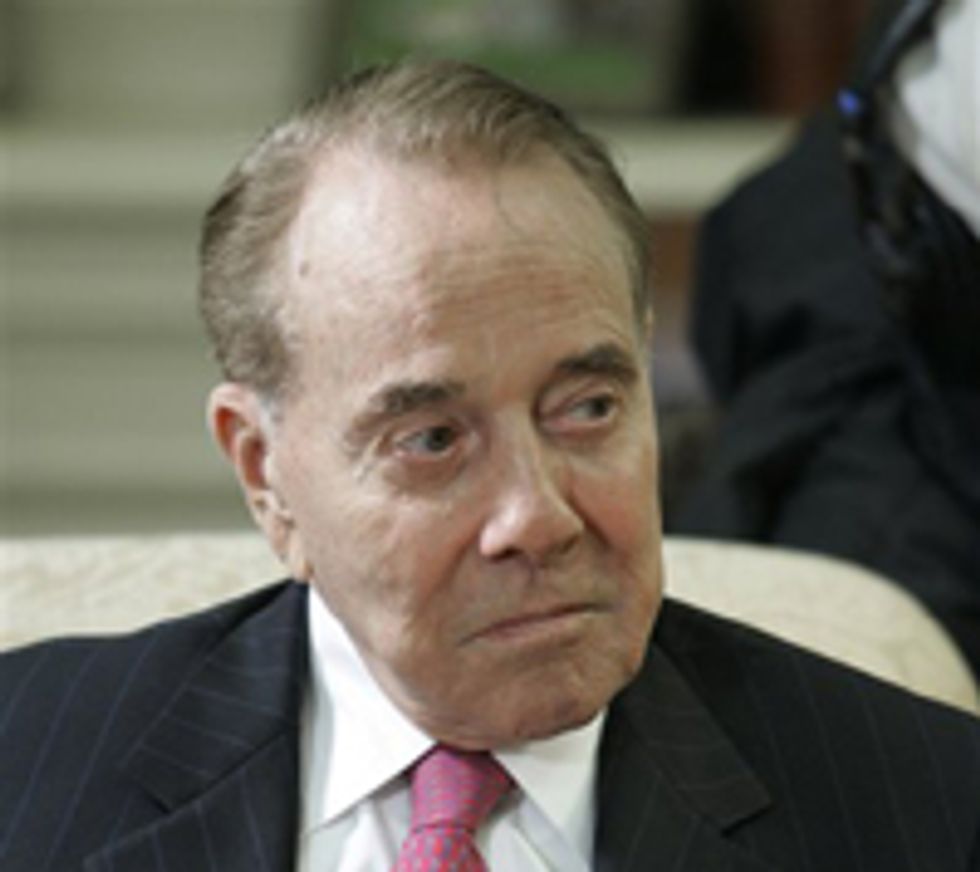 Remember how Bob Dole used to be a pleasant old former politician who spent his retirement hawkinglittle blue pills on the teevee? Well now he is very upset with Scott McClellan and let him know via the emails, which were invented several hundred years after Bob Dole first attained elective office. Quotations from his angry E-Communication after the jump.