Liz Cheney Will Waterboard Wyoming Until It Makes Her Senator 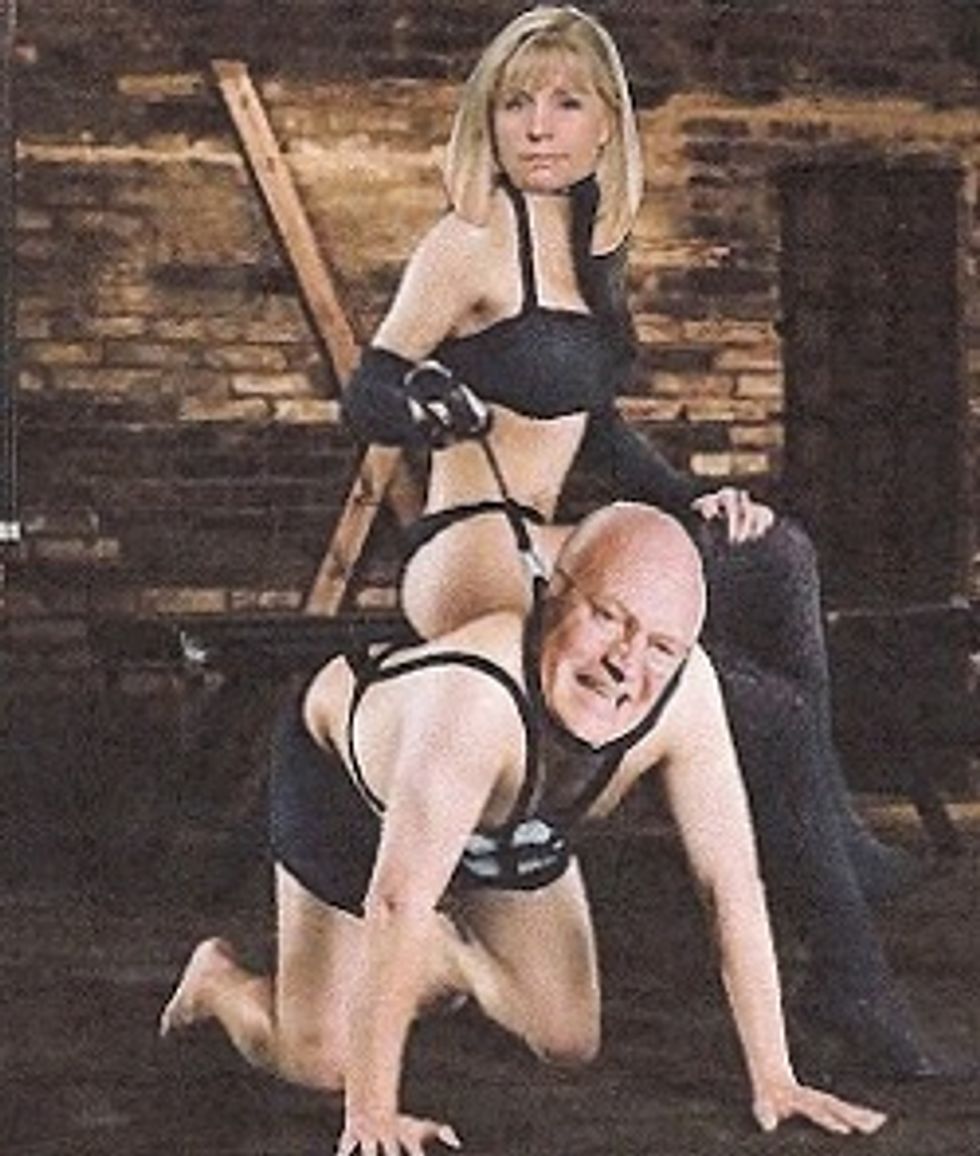 Since Fox News does not (yet) have representation in the United States Senate, torture fan Liz Cheneyannounced Tuesday afternoon that she is willing to let the state of Wyoming elect her in 2014, especially now that she owns a house there and everything. We now find ourselves in the curious position of kind of half-heartedly rooting for Mike Enzi, the conservative three-term senator whom Cheney will face in a primary next year, unless her dad taught her to do that thing where she holds her hand out in front of her and Enzi's windpipe just collapses and she says she finds his lack of faith disturbing. That could happen, too.

Enzi expressed surprise that Cheney decided to run against him, saying "She said that if I ran she wasn’t going to run, but obviously that wasn’t correct,” and adding, "I thought we were friends." Which is maybe the saddest thing any politician has ever said.

Come on, Mike Enzi! This is a family that is famous for shooting their friends in the face and making them apologize for causing so much trouble.

Following the announcement, the GOP establishment, including the National Republican Senatorial Committee, rushed to pledge support for Enzi, which may not matter too much since of course Cheney, the daughter of a Vice President and beneficiary of an extensive network of right-wing donors and Washington, will be running as a grassroots Tea Party outsider. In any case, Cheney's announcement video doesn't even mention Enzi, because she is running against Barack Obama and the EPA.

Immediately after Cheney's announcement, of course, we went looking for our all-time favorite Liz Cheney stories, and while we really enjoyed her exciting pro-torture video collection from a few years back, and her criticism of Barack Obama for not supporting Czechoslovakia twenty years after that nation ceased to be, and her steadfast opposition to the U.S. Constitution whenever she thinks it's inconvenient, our favorite Liz Cheney story remains that thing she said right after her dad betrayed the Kindest Bravest Warmest Most Wonderful Republican in history:

And we kind of have to agree with at least part of that -- we like what Sarah Palin has done for her party's image as well. Here's hoping that Liz Cheney's political career is every bit as successful.