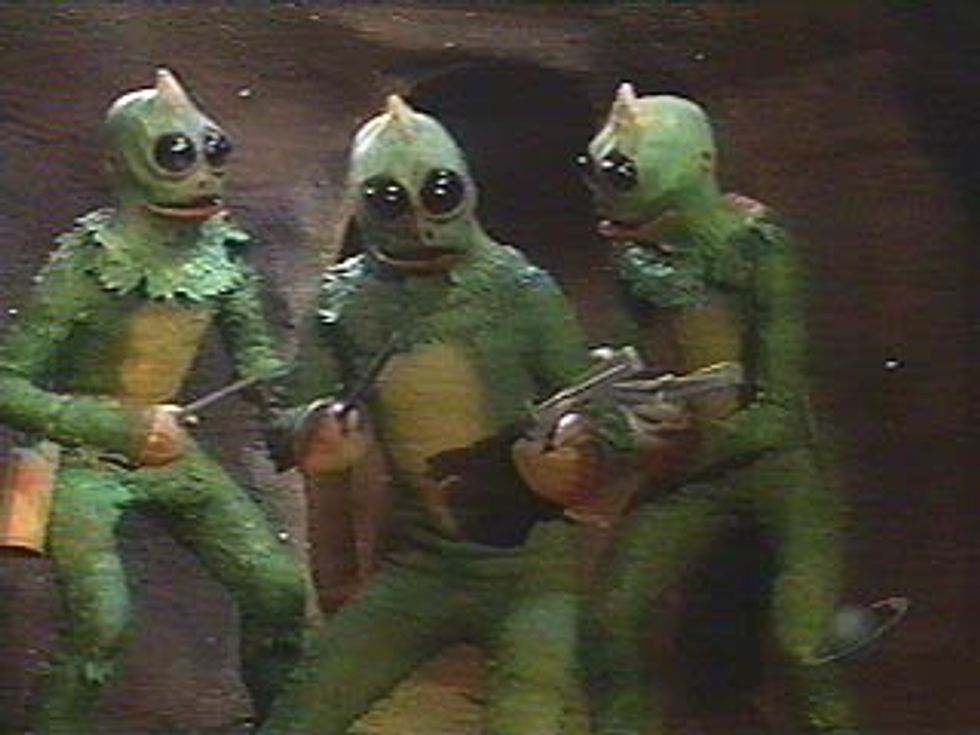 So some 25-year-old doofus has come forward as the guy who wrote in Lizard People as the most palatable alternative to Al Franken or Norm Coleman representing the great state of Minnesota in the United States Senate. Lucas Davenport is America's new Joe the Plumber! How long before he gets his own country music album?

"The handwriting is mine, hands down. Even my dad saw it, and he's like that is your handwriting, there is no doubt about it. I think it would be pretty easy to, with my handwriting sample, to prove it was mine," said Davenport.

He says people who are hoping to blame the loss of their candidate on his thrown out ballot are missing the point. He says it's his right to exercise free choice, as well.

Ha ha, this is how bad this awful race/recount has gotten: people are hoping their candidates will lose. Quick, somebody bury Franken and Coleman in a pile of hot trash and appoint Lizard People the Senator Pro Tem.

Why would someone vote for the Lizard People? [Minnesota Public Radio]