Lobbyists Try to Weasel Around New DNC Rules Ahead of Convention 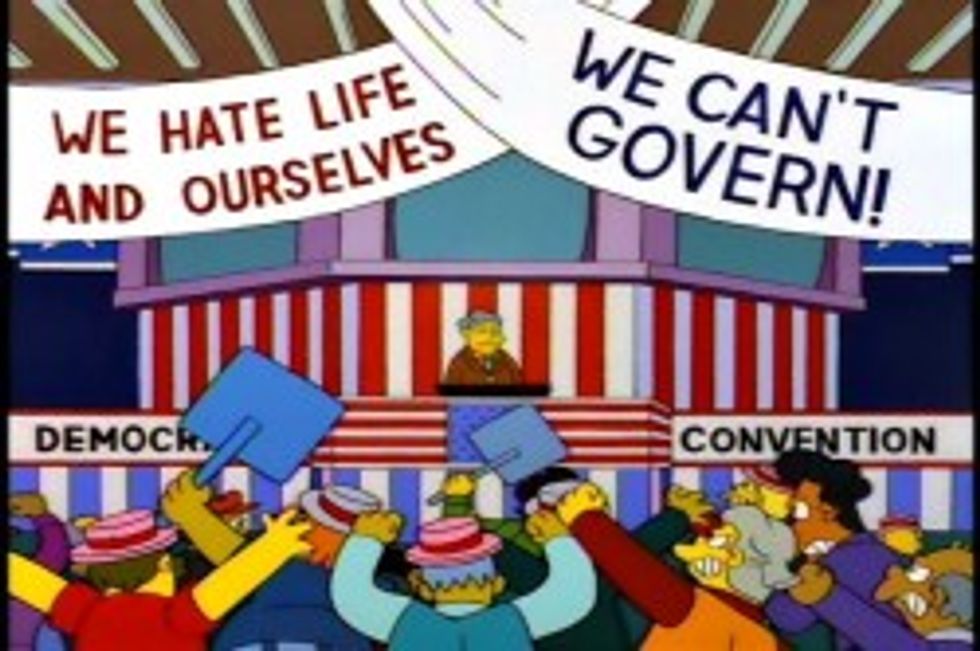 The Democratic National Committee last year enforced rules that are attempting make it harder for lobbyists to peddle their interests at this summer's convention in Charlotte, NC, but the reality is, as long as there are laws, there are ways around, through, over and under them. The rules, part of President Obama's quest to stop outside influences seeping into that purest font that is politics, completely forbid corporate or lobbyist cash, and cap individual contributions at $100,000. But, well, says some creep who knows about these things, “The Democrats have made it inconvenient for corporations to donate to the convention but not impossible." Is that because corporations are people?!

You know, "forbid" is a funny word ... But this year, the changes mean that lobbyists technically won't get the same "VIP access" to the convention -- hotel suites, great food, and perks of a probably usually lewd nature. Instead, K Street dwellers will have to play even nicer to their targets and at the same time have the humbling experience of being part of an event that feels distinctly not like a honeymoon. They'll have to, er, get creative.

It goes without saying that the Republican National Committee has imposed no such restrictions on its convention attendees, because the Democrats need something to envy.

But one Democratic lobbyist has a plan, saying that "if there’s a way that our executives or Washington folks can get access to credentials through whatever means, well, we’ll just leave them to figure out what those channels might be."

Um. Put that way, it doesn't seem like the new rules mean anything at all. The hawkers can still throw cars, jewelry and Dom Perignon at their politicians, and there's no limit to the amount that corporations can spend on such things. Bottom line: despite the rules, it's still in everybody's interest to be as shady as possible while still sounding comparatively righteous in the face of the amazing Republicans: Charlotte has vowed to raise close to $37 million this year, which is only $13 million shy of the 2008 convention's pre-new-rules total. The question is, will they? [Politico]