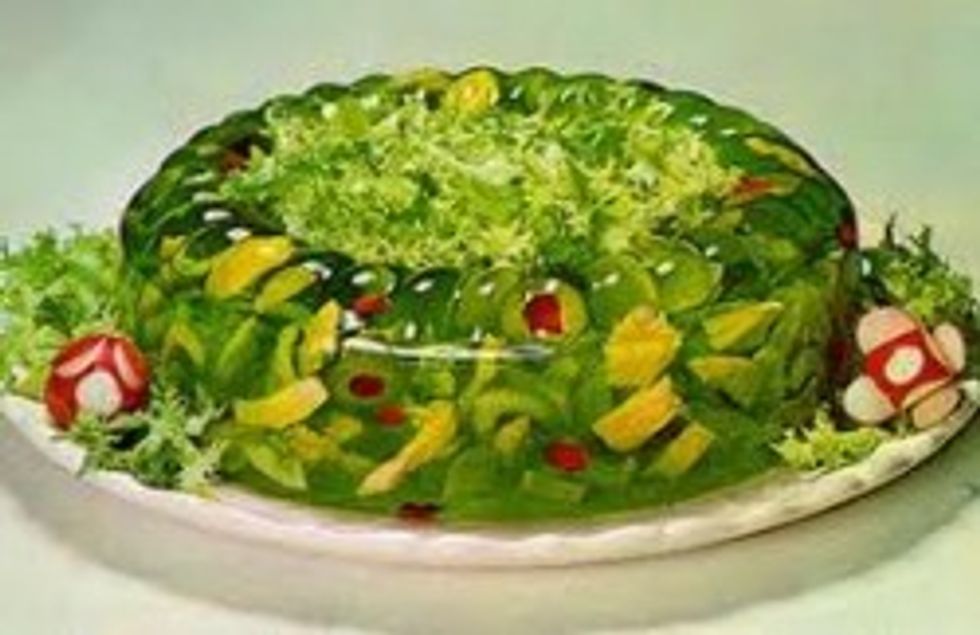 Hey Greene County, Virginia, GOP! We bet you are down-home fellas what love your wives and neighbors and hardly ever beat your dogs. Do you perhaps have somewords of wisdom for the rest of us? Maybe here in this March newsletter article "Rallying Against the Living Wage," or this one, "Is Barack Hussein Obama America’s Most Biblically-Hostile U. S. President?" (Yes, duh.) How about this very important article on "Political Action Against Islamic Infiltration," which spreads the Good Word about an upcoming presentation on Sharia law that explains the "pro-Islamic discrimination in our K-12 schools, where children are being indoctrinated in the superiority of Islam over all religions and special Sharia dispensations are demanded for Muslims." Sure, those are good things to know, but we were thinking more along the lines of something really FER REAL AMERICAN. Oh, and via Right Wing Watch, here is a letter from the editor of your Greene County, Virginia, GOP newsletter!

"The ultimate task for the people is to remain vigilant and aware ~ that the government, their government is out of control, and this moment, this opportunity, must not be forsaken, must not escape us, for we shall not have any coarse [sic] but armed revolution should we fail with the power of the vote in November ~ This Republic cannot survive for 4 more years underneath this political socialist ideologue."

Armed revolution? That sounds manly! Do tell us and the FBI more!

We have before us a challenge to remove an ideologue unlike anything world history has ever witnessed or recognized. An individual who has come to power within a Nation which yields it’s strength [sic] over the entire world. An elected leader who shuns biblical praise, handicaps economic ability, disrespects the honor of earned military might. In the coming days and weeks ~ we the people must come to grasp as a common force, our very soul’s [sic], that our future as a sovereign nation is indeed at risk.

Oh, that was it? Just your garden-variety "Obama is the worst person who has ever lived on this earth, times Fidel Castro, minus Raul, and we will have another civil war if we lose the election because that is how democracy works"? Okay, then let's hear more about the Sharia thing!

The meeting will be held at the Madison Presbyterian Church, 1236 Fishback Road, Rt. 722 at the north traffic light. Everyone is invited to attend this informative meeting. The club will be serving corned beef and cabbage, boiled potatoes, carrots, Jell-O salads, and other types of salads and dessert. Dinner: $7

We wonder if they have met these nice white supremacists whom the fibbies are busily putting in FEMA camps, just for planning an armed insurrection of their own. Man, it is like you cannot even commit treason anymore unless you are Barack Nobama! Too bad, so sad, but on the upside: Jell-O salad for everyone! [RightWingWatch]