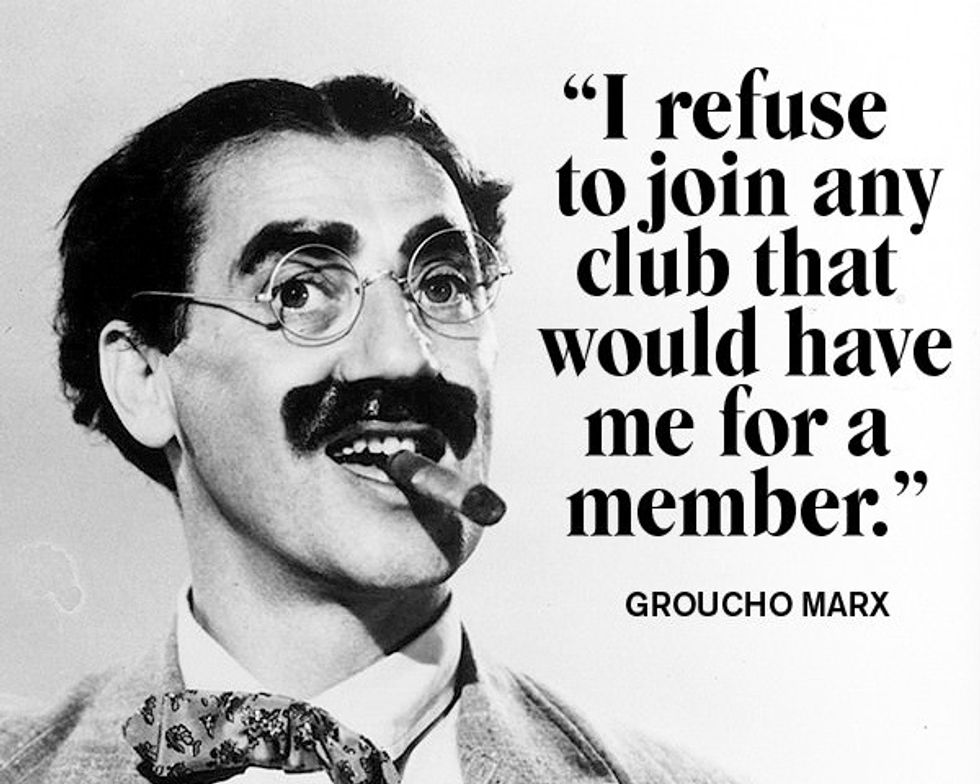 THIS IS SUPPOSED TO BE A JOKE.

This Monday, the Republican party set out its 2016 platform, which -- QUELLE SURPRISE -- was chock full of a lot of anti-gay craziness! Can you even believe it? HAHAHAHAHA, yes you can believe it, because that has kind of been their whole thing for many, many, many years now!

However, it seems that the Log Cabin Republicans have been in the dark lo these past few decades, because they simply cannot believe that the Republican Party they have grown to know and love would put things like opposing same sex marriage and trans people going to the bathroom, and supporting gay conversion therapy right there in its platform! And now they are mad! So mad, that Gregory T. Angelo, President of the Log Cabin Republicans, sent this letter out to his fellow self-hating gays:

There’s no way to sugar-coat this: I’m mad as hell — and I know you are, too.

Moments ago, the Republican Party passed the most anti-LGBT Platform in the Party’s 162-year history.

Opposition to marriage equality, nonsense about bathrooms, an endorsement of the debunked psychological practice of “pray the gay away” — it’s all in there.

This isn’t my GOP, and I know it’s not yours either.

YES IT DAMN WELL IS. It is absolutely your GOP! It is the GOP you voted for, and supported, time and time again, in spite of every piece of anti-LGBT legislation they put forward for EVER. It is the same GOP that has put opposition to same-sex marriage in every single platformsince 1992. It is the same GOP whose members have been trying to outlaw trans people pooping since they first found out about trans people existing. It is the same GOP that just, on the anniversary of the Orlando shooting, proposed legislation that would make it legal for government employees and government contractors to discriminate against LGBT people. The same GOP that has consistently helped to elect candidates who not only do not want you to have any rights, but who also would like to see you burn in a pit of fire for all eternity. It is the GOP of Rick Santorum, Michele Bachmann, Ted Cruz, Sarah Palin, Jim DeMint, Bobby Jindal, Rick Perry, George W. Bush, Todd Akin et cetera ad infinitum. It is the party that has repeatedly compared your desire to marry the person you love to someone wanting to screw a dog.

"They are misquoting me. I said I didn’t hate people who engage in homosexual behavior… I simply said by legalizing it you are opening the door to many other things such as bestiality, child molestation, and abortion. See… these things are all interconnected. Where are the limits? Today we legalize gay marriage in New York… next who knows what will be legalized? Laws exist for a reason." -- Sarah Palin, Fox News, 2011

Yes. They don't hate you, they just think you're a lot like child molesters!

Did you Log Cabin Republicans honestly think that if you just kept supporting the GOP, selflessly putting your hatred of poor people over your concern for your own rights, that one day they would turn around and decide to have your back? Or does your log cabin just not have any windows?

Angelo continued by suggesting that presumptive GOP Nominee Donald Trump was actually super awesome about things when it comes to gay rights and that they should follow in his footsteps:

Heck, it’s not even Donald Trump’s! When given a chance to follow the lead of our presumptive presidential nominee and reach out to the LGBT community in the wake of the awful terrorist massacre in Orlando on the gay nightclub Pulse, the Platform Committee said NO.

Yeah, Donald Trump sure is GREAT on LGBT rights. Except for the fact that he has said that those rights should be left to the states, so that bigots can have a say in whether or not you get to have them or not. It's only fair!

Angelo then asked for some money so that they can go to the convention and totally change everybody's mind on a thing that has been their main thing for at least two decades now!

BUT … now is not the time to sit around feeling sorry for ourselves. Log Cabin Republicans has been officially credentialed for the Republican National Convention, and when it convenes in Cleveland in a mere 6 days’ time I want to be able to take a stand, but we’re going to need your support to do it.

Cleveland is rightly making the most of their time in the spotlight, and prices for advertising in area news outlets are sky-high.

That’s why I’m writing to ask for your help.

Again, opposition to same-sex marriage has been in the GOP platform since 1992. You can't "take back" what wasn't there to begin with, Gregory. You "taking back" the Republican Party would be like me "taking back" the Daughters of the American Revolution or the Hair Club for Men.

But sure! Pour your hard-earned money into this totally not-futile effort! Do it up! And maybe, in 100 years or so, the Republican Party will start to see you as human beings fully deserving of rights. We wish you all the luck in the world!