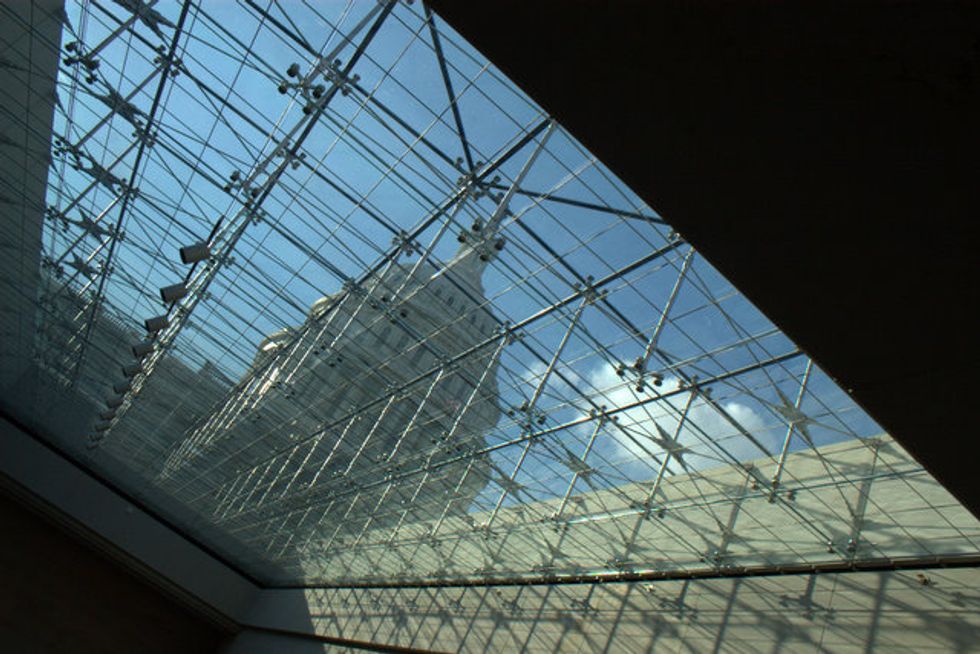 Our hardworking House of Representatives took a break from bickering about health care and carbon dioxide to pass a quick "most uncontroversial resolution ever" yesterday, one authorizing the new $600 million+ (taxpayer funded!) Capitol Visitors Center -- basically a museum about the history of the Capitol building -- to hammer a dinky plaque to the wall thanking the Slaves for, you know, "building the Capitol." Itpassed by a vote of 399-1, so as a byproduct we now have mathematically infallible litmus test results that determine, officially, who is the biggest asshole in Congress.

NOPE! Wrong. It's not Ron Paul. RON PAUL VOTED FOR THIS, and that says something, because Ron Paul is a constitutional originalist, meaning he loves slavery.

It was Steve King from Iowa, and yeah, he probably is the biggest asshole in Congress. He has not offered a reason for his vote, but it is probably either "If they hated building the Capitol so much, they should've just gotten new jobs" or "Too much melanin."

GOP Rep. Steve King Is Only Vote Against Recognizing History Of Slave Labor In Capitol [TPM]